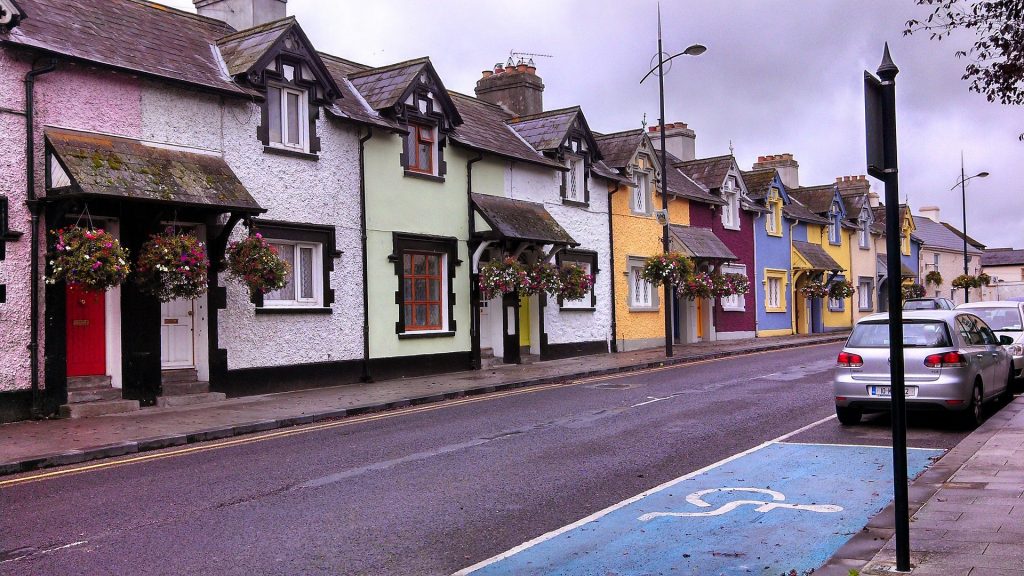 Too old now for the open boat
on frothy days anyway,
we thought to go back as far as Na Clocha,
Steve and myself, and drop a line,
maybe try for some rockfish hiding
in the cracks at the foot of the cliff.
The tide was big that morning with a good gust up
so we sat back on a stone to see what the day would do.
Steve saw it first, rising far out,
its straining head and neck, a flowing white mane,
its huge chest, its great round flanks
and a white tail curling high behind
as it charged headlong towards the shore.
We knew straight away it was the sea-stallion.
Nearing the cliffs he rose on his hind legs
and with one mighty leap cleared the face
clattering down on the flag not twenty steps
from where we stood making the sign of the cross,
for what we had seen was not of this world.
He steadied himself and headed off across the island.
Not a word did we say to anyone,
who would have believed us anyway at our age,
but when Paddy Dick found his mare to be with foal
and couldn’t explain it, we spoke up.
I’ve not been over to the cliffs since
and my sleep is often astray.

Gerard Hanberry has published four collections of poetry, most recently What Our Shoes Say About Us (Salmon Poetry, 2014). His most recent non-fiction work At Raglan Road – Great Irish Love Songs and the Women Who Inspired Them (The Collins Press) was published in September of 2016.

Some Notions of Home

The Roses: A Triptych