I saw it once as our boat approached Evian
We on the deck, boys diving off the pier
You too thin in a summer dress
The palm trees and casino sliding toward us
Lausanne the other shore sliding under us
The prow sliding through the penultimate miracle of blue

Then in the hotel you were sick again
though not so sick as two years later when you died.

But we had crumpled up shabby little death and shabby little courage
and tossed them over the side like garbage
because that’s what they are in divine light.

Richard W. Halperin has dual Irish-U.S. nationality and lives in Paris. His third collection via Salmon/Cliffs of Moher is Quiet in a Quiet House,2016; recent chapbooks via Lapwing Publications/Belfast are The Centreless Astonishment of Things, 2015 and Prisms, 2017. 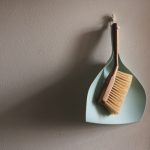