‘Enormous Changes at the Last Minute’ by Grace Paley 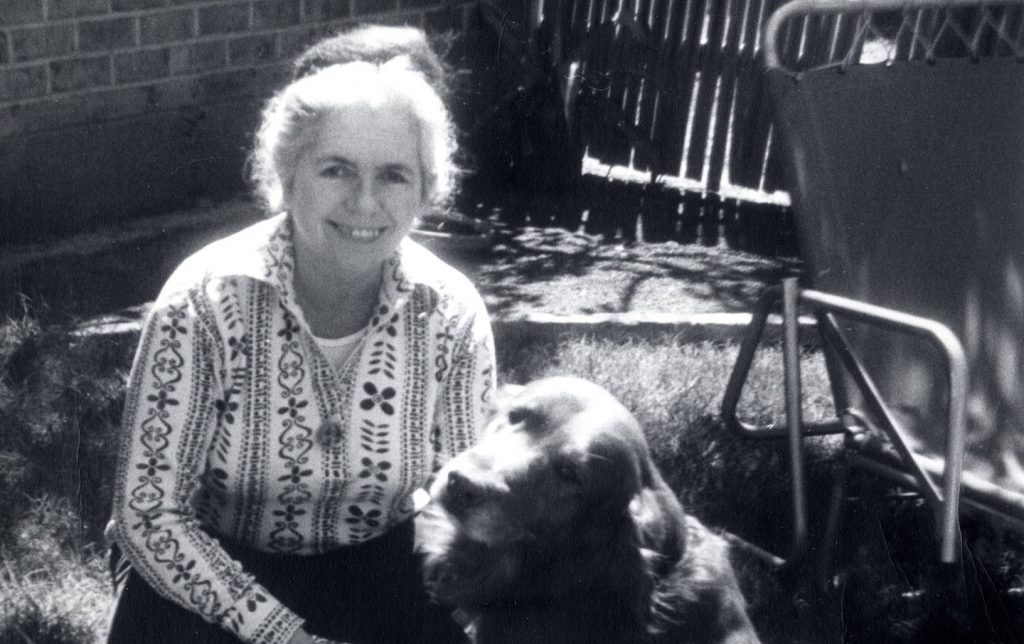 Returning to a loved book can be akin to leaning backwards into an unreliable wind. But in the case of Grace Paley it’s not so dangerous because that voice has always been somewhere close to the top drawer in my head ever since the shocking discovery of her work, her city, and the rhythm of her thoughts. Shocking may seem too strong a word but, to put it in perspective, remember that this was a time when serious discussions were being had as to whether it was ever right for a man to wheel a pram in the street and whether there was something visually unseemly about a fellow hanging out the washing. And would his reputation recover?

Certainly it would never have been considered that the lives belonging to those who had always had their knuckles on the handles or had shaken out the cloth nappies were worthy of poetic notice. Or that the hands that did those tasks might have had a grip also on the throat of the city in a way that had so far gone unremarked. There was a lot boiling on the political front, allegiances of all sorts were being forged: among women, African Americans, ethnic minorities, free thinkers, gay men and women, social activists—in fact among all of those who had not already locked down the power for themselves. The words ‘politically correct’ were being born and they were a marvel to live with, they educated us to the broader world, enlightened our lives and stretched our visions. We had no idea that they would become an insult. We should have had.

Just as we were beginning to comprehend ourselves as catherine wheels of experience, some of which fitted the world as known, and merely wanted respect, and some of which collided explosively with the noxiousness of silence, lies and discontent and blew the gaff apart, spilling blood on the most pristine of floors, out sang Grace Paley. Like other disparate voices of the time she slipped on to our maps, into our party, when the gatekeepers had their eyes off the ball for one glorious decade. It’s a pity we didn’t know that the bouncers were only momentarily diverted; if we had we might have slipped in a few more voices of literary merit to further winnow The Little Disturbances of Man. But that’s hindsight for you.

Bloody hindsight, the itch that continuously aggravates Grace Paley’s characters as they bumble about in their New York lives, trying to make sense of their place. Their geography is the city, many of them are identifiably Jewish. They are living out the values of immigrants, tossing about partly through Yiddish, with the contradictions of history firmly within echoing distance, and yet they embrace the New Yorkness of their standing in the world.

Grace Paley had heard, too, the Irish immigrant voice in the Bronx and told me, when we did finally meet, that her father had said that there was only one thing worse than being a socialist Jew under the Czars and that was being Irish under the English. We weren’t positive that he was right. And I still amn’t.

Both my parents were the eldest of large families, twelve and eleven, half of each of which emigrated to The States as we called it, and where they mostly performed the usual Catholic population control: they had a lot of children or none. Because of the position of my parents in their families, the Americans, as we called them, came to our house every year for their Irish holiday in the nineteen-sixties. Until I was seventeen, I knew far more Americans than I did Dubliners. New Yorkers abounded through our summers, their ideas surprisingly becoming more nervous than mine as we got older. One of them gave me Kahil Gibran, not the usual currency around Rockcorry at the time, and that helped with some things while I waited to get the bus out.

In ways it now surprises me that I did not head in the direction that my forbearers had taken; instead I went east, maybe because I knew, without knowing, that the filtered notion of New York would not be new enough for me. Also, Australia was further, and this was a time when only about a dozen Irish people went there each year, so it was definitely going to be away. After a few years of trekking, including a non-air-conditioned bus journey through Asia and the Soviet Union, stopping en-route in Afghanistan and Iran, I arrived back in Ireland to do two things, both of which I did, and then to leave again, which, due to circumstances, turned out to be trickier than I had imagined. Ah, hindsight. But we were carving out our lives in Ireland too, at our work and connecting ourselves to the literatures that mattered to us. It was while I was at this task that I found Grace Paley’s writing. And immediately felt less isolated.

At this stage I had had stories published in New Irish Writing, the diving board for many of us, but that particular imprimatur was being gradually withdrawn as a result of the subject matter that I wished to deal with and the way in which I wanted to write it. Grace Paley and others like her were essential to me as a writer because they treated a girl like a noun and not an adjective. No one in my home lexicon of literature did that for me at that time.

I could talk all day about her tales but I shouldn’t, because describing them is such a limp dilution of the real thing. But I must say that ‘Wants’, which opens this collection, may be one of the most important stories I’ll ever read, because it puts time in its only deserved perspective. A woman returns two Edith Wharton books to the library. They are overdue by eighteen years. But that’s how time goes. She meets her ex-husband on the steps and he shadows her to the Books Returned desk, murmuring insistently that, of all things, she had not wanted enough. This is such a novel complaint, we are intrigued. But the woman fights back and explains that she had indeed wanted things: she had wanted to be the sort of person who wouldn’t keep library books for eighteen years; she had wanted to be an effective citizen of her city; she had wanted to end the war before her children grew up. (Which one? Grace Paley was a life-long anti-war activist so she could take her pick.) The woman also wanted to have been married to either of her husbands for a lifetime because that has turned out not to be such a long time at all. And now she has to take the books out again because she has forgotten what they’re about.

Paley knows how to link the sameness and the intricacies of daily life with the historical political process—and how to make us laugh as she does it. She never lets us forget that her characters are living in a dynamic city, enjoying it, while at the same time wishing that they didn’t have the job of negotiating the guff, or of pointing out, reasonably, that surely it is easy to see all sides of the truth.

While refreshing my memory of Grace Paley’s vigorous, inventive stories I realized the thorniness of looking at a writer such as she. It would be much less problematic to speak of a writer who has galvanised magisterial control, in other words fitted in to a commercially acceptable view of how our minds work. The problem comes from the fact that one has to bring notice to the gender and the politics and, by doing that, set up the work for unhelpful categorization and consequent dismissal. But there is no way around that problem: face it and you are rewarded with terrific insight into the human condition. Reading her with an open mind is a lot like standing near the ocean watching the perfect surfing wave come in.

I learned about New York from her, a New York contradictory to the one that I had already imagined. And no one could upturn the New York that had been given to us better than Paley, making it both familiar and strange in the one sentence. Because her characters are never sentimentalised ventriloquist dummies, the city that she creates is real, alive and present.

In the early nineteen-eighties Lar Cassidy, then Literature Officer of The Arts Council, encouraged me to use a travel grant. My first response was to go hear Grace Paley read, which I did. We met and became friends and remained so until her death.

In 1996 Graph Review, of which I was a co-editor, brought her to Dublin and her reading has never been forgotten, like O’Rourke’s sixteenth-century noble feast, ‘by those who were there and those who were not’. I’m glad to say that she had a great time. I had a gathering in our Rathmines house so that people who knew her work, and the value of it, could come and talk to her, all of which she said was terribly agreeable. She also said that Dublin was exactly as she had imagined it. The serendipitous fact that Frank Harte, the infectiously effusive ballad singer and collector, was in flying voice, performing weaving and political songs all afternoon in Hughes pub, helped considerably.

Paley knew that it was a terrible thing to ‘grow up in the shadow of another person’s sorrow’ but she also knew that ‘rosiness’ had its place too in the viewing of the world. Joy Williams once said that the short story, properly intense, makes her think: ‘Assemble the ambulances. Something is going to happen.’ Each of Paley’s stories requires its own vehicle. In one of her poems she remarks:

If only a topographer in a helicopter
would pass over my shadow
I might be imposed forever
on the maps of this city.

She is. And I think—no I’m certain—that Grace Paley would have liked the idea of The Stinging Fly having its conversation in her city.