‘The Parts’, by Keith Ridgway & ‘The First Verse’, by Barry McCrea 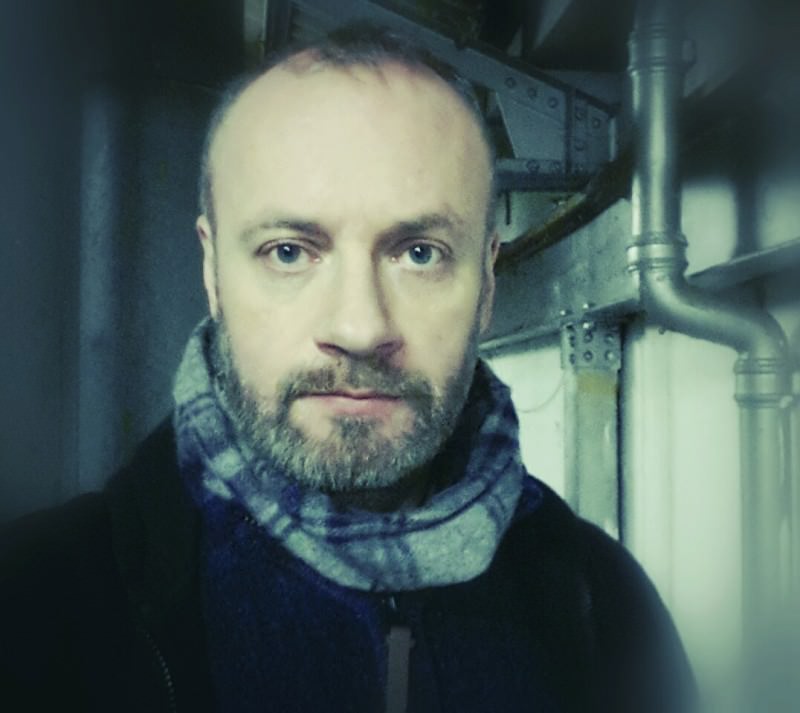 ‘To articulate the past historically does not mean to recognise it “the way it really was”. It means to seize hold of a memory as it flashes up at a moment of danger.’

—Walter Benjamin, ‘Theses on the Philosophy of History’

At first glance Keith Ridgway’s The Parts (2004) and Barry McCrea’s The First Verse (2008) offer a warning to Irish novelists against setting their work too specifically in the contemporary moment. The social geography of boom-time, early twenty-first century Dublin is so vividly realised in these novels that, in the wake of the economy’s precipitous collapse, they must now assume the appearance of period pieces. Better then, the aspiring novelist may surmise, to follow the well-trod path of your senior colleagues, take the long view and construct elegant narratives penetrating the murkiness of family secrets and Ireland’s tragic twentieth century.

However, we may also want to consider the alternative, paradoxical view that these two novels actually provide us with a more dynamic, complex perspective on Irish history—than, for instance, that offered in the more popularly acclaimed works of Sebastian Barry, Roddy Doyle, Anne Enright or Colm Tóibín—precisely because they are structured around space rather than around time. In other words, rather than being the literary equivalent of a ghost estate—unsettling reminders of a misjudged turn in Irish writing—these works may point towards potentially fruitful directions for the future of the Irish novel.

The Parts is impossible to summarise succinctly. It is effectively composed of six plot lines. The narrative is broken into different sections, each narrated in the third or second person but focalised around one of six characters. These sections are of widely varying lengths and without any discernible rhythm or pattern to their sequence. Ridgway uses typographical devices to indicate to the reader which character is the focus of each section; an ideogram for five of the characters and a different font for the sixth. Playing with the conventions of narration and presentation in this way, Ridgway displaces not only the unique individual perspective from the centre of the novel but, even more significantly in the context of contemporary Irish writing, dislodges the family, and the idiosyncratic dysfunction of the Irish family, as the basic plot unit and as the most pressing theme in Irish fiction.

These six stories become entwined in various complicated, random, sometimes comic and sometimes tragic ways. In all of this Dublin acts as the fulcrum on which the plots turns. What gives the novel its distinctive verve then is not only Ridgway’s finely-tuned comic writing but also the way in which the city is not a static setting but a vibrant mesh of interconnected energy flows. Our view shifts dramatically from the mansion of Delly, widow of a billionaire pharmaceutical tycoon, in the Dublin mountains to the quayside where young Kez works as a rent boy; from The Front Lounge, city-centre meeting place of well-heeled gay men, to The Pony Bar, inner-city meeting place of ruthless gangsters; from the fashionable city-centre road where Barry pays a fortune to live in squalor to the recently gentrified Inchicore, where his boss, Joe, lives in mid-life, middle-class despondency, and from there further out to the working-class estate, to which Kez returns from the city to visit his family.

Opening out the plot in this way—moving between diverse landscapes and planes of experience—the novel gives imaginative shape to the fractured, stratified but thoroughly interconnected social spaces of the modern city. To an unusual degree in recent Irish writing Ridgway’s novel powerfully captures the intricate geography of the city’s class relations: the circuits of privilege and exploitation endlessly reproducing these divisions; the circuits of consumption ceaselessly generating unquenchable desires; and those transnational circuits of wealth and power embedding the city in the geography of global capitalism—the movement of capital and luxury connecting Delly to Paris, London, Zurich and New York being the obverse of those movements of poverty and migration which bring Joe’s Nigerian neighbours to Dublin.

With its conventional first-person narration and teenage protagonist, on the surface McCrea’s The First Verse appears to conform to familiar staples of Irish writing: the venerable coming-of-age novel and its younger avatar, the gay coming-out novel. A young man leaves his well-off south Dublin home to begin his student career at Trinity, an exhilarating if anxious-making new social and intellectual world opens up for him—including his first forays into the Dublin gay scene and his first relationship. So far, so James Joyce meets Edmund White. However, it quickly becomes apparent to the reader that the central drama of this novel lies elsewhere; over the course of the next year Niall is increasingly drawn away from his new life by his dangerously-deepening absorption in a cult-like relationship with two characters. Together they practise a form of bibliomancy or sortes virgilanae; a form of fortune-telling using books—interpreting a randomly chosen line of text to answer a question. In a more advanced form of this practice the three ritualistically read and re-read a selection of randomly-chosen passages until it induces a hallucinogenic or visionary state in them.

So after a while Niall’s life consists of nights spent at these occult rituals, and days spent wandering the city—guided, when he wishes to be guided, by doing sortes.

As with The Parts there is much one could say about this curious, lushly written and wonderfully moving novel, not least as a parable about literary criticism—and it is probably no coincidence that McCrea is also an accomplished literary critic. Just one of its distinctive stylistic features is the recurring description of Niall’s wanderings through Dublin (and later in the novel through Paris), which makes use of place names, landmark buildings and the names of actual businesses, and, most strikingly, uses recurring passages in which such place names are listed with rhythmic, incantatory effect. Niall is a contemporary incarnation of Charles Baudelaire’s nineteenth-century flâneur; the detached yet engaged wanderer of the modern cityscape, whose apparently leisured, aimless movements mask a more serious purposefulness; the figure that for Walter Benjamin embodied the peculiar excitement and alienation of urban modernity. But more than this, the style of the novel means that we do not merely observe Niall on his travels but actually experience something of the flâneur’s ambiguous perspective; caught between the soothing reassurance of place names, with their promise of solidity and permanence, and the discombobulating effects of movement and ceaseless flux.

The Russian literary theorist Mikhail Bakhtin coined the term ‘chronotope’ to describe the use of space and time in fiction, and in particular the use of literary figures or tropes which productively merged these dimensions. As Bahktin put it: ‘in the literary artistic chronotope, spatial and temporal indicators are fused into one carefully thought-out, concrete whole. Time, as it were, thickens out, takes on flesh, becomes artistically visible; likewise space becomes charged and responsive to the movements of time, plot and history’.

Ridgway and McCrea use the city as such a chronotope in The Parts and The First Verse, and so their novels generate a volatile historical dynamic—arguably, more complex and challenging than those contemporary Irish novels directly concerned with the Irish historical experience. Despite their subtlety, nuance and rigour the historically-oriented novels of Barry, Doyle, Tóibín and even Enright—despite her acerbic, satiric parries at Celtic Tiger aspirations—invariably carry the risk of encouraging a certain complacency about the present; as the destiny to which history has delivered us, so much better than all that dark stuff in the past, and probably the best that we can hope for.

By contrast these two novels generate a sense of history as an ongoing struggle between contending forces. In each the geography of the novel, as both a thematic and as a structuring device, is crucially connected with the themes of chance and control. The movement of the plot is predicated on a notion of the city as a space where the individual is at the mercy of random events, coincidences and synchronicities. Yet the novels also suggest that there is some system or structure at work, one that may not be controlled or fully grasped but against which one can nevertheless wage a struggle.

In The Parts there is much grimly comic satire on the values and mores of the ‘Celtic Tiger’—as well as satire on the endless critical commentary about the values and mores of the Celtic Tiger. Hence the extended description of Barry preparing for his date—his highly elaborate grooming and dressing, the insistent naming of the brand labels on his clothes, shoes, fragrance—comically indicts a culture where self-fashioning has been so rigorously commodified, while also gesturing knowingly at the cultural stereotype of the vacuous, fashion-conscious gay man. Nevertheless, Barry also meets Kez and, despite himself, falls in love with him. But then, through the complex working out of the plotlines, loses him again. Thus the novel offers us a sense that connection—albeit fragile, partial, compromised—is still possible, or at least still imaginable.

In The First Verse, Niall’s abject descent because of his immersion in the sortes allegorises the alienation of modern life. Incidentally it also suggests that the proliferation of new communication technologies has frayed rather than strengthened connection, making it easier to become isolated; because Niall remembers to send the odd text or make an occasional phone call to his parents they don’t come looking for him or realise how his life has been so altered. But even though his addictive immersion in the sortes is diminishing and disabling, and the cult-like organisation (which may or may not exist) has a sinister feel to it, the novel also attests to the desire for something beyond the real, beyond the world as it is now. The name of the organisation—PMV, ‘Pour Mieux Vivre’ (‘To Live Better’)—is heavily ironic, given its effect on Niall’s life, but suggestive nevertheless. Similarly, we might note the effect on Niall of the ritualistic reading of the texts—hearing music and experiencing visions; in other words, the intimation of another sphere, another range of possibilities. The novel clearly emphasises that the pursuit of such visionary experiences through reading is a secular version of the religious impulse and to be mistrusted—and yet the utopian aspiration for something beyond life as it is lived now is also given full credit.

In short, what makes these novels so interesting, and so promising as exemplars for the future development of the Irish novel, is that they suggest a way of imaginatively responding to history in fiction that carries the potential to render that history into a resource for transforming the future.