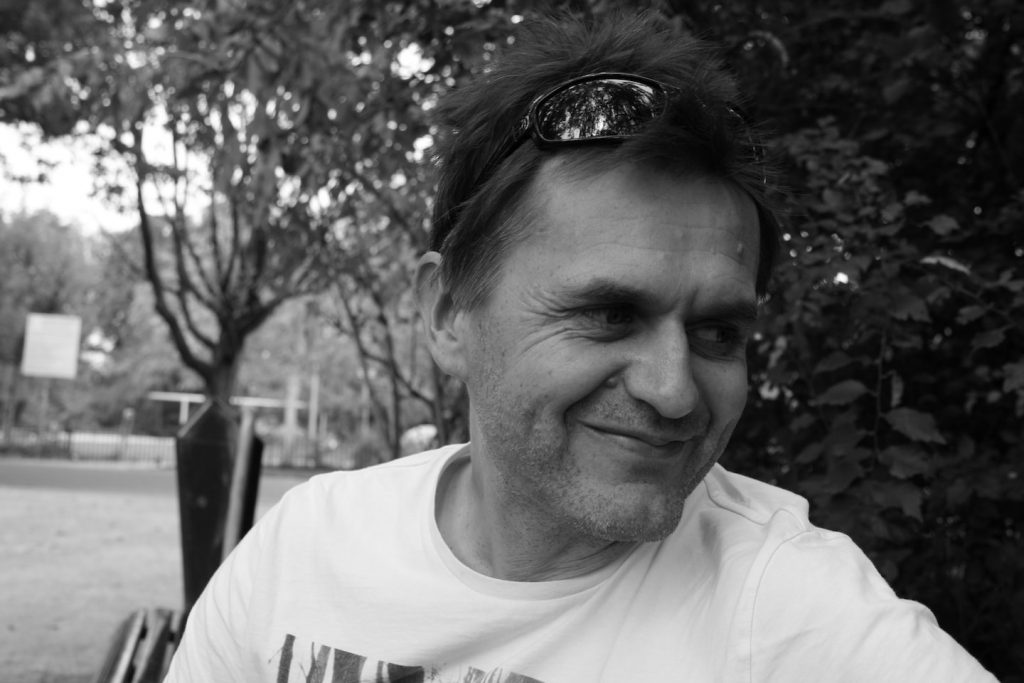 David Colmer is an Australian writer and translator who lives in Amsterdam. He has won many awards for his translations of Dutch literature, including most recently the 2013 Independent Foreign Fiction Prize (with Gerbrand Bakker) and the Foundation for Dutch Literature’s 2012 oeuvre award for translations from the Dutch. His most recent publication is Advance Payment, a collection of the poetry of Nachoem M. Wijnberg, which is the UK Poetry Book Society’s recommended translation for spring 2013.

For me the most important thing a good translation does is represent the original in another language in an essential, but indefinable way. It’s about style and it’s about content, but above all it’s about an elusive spirit or voice. The translator takes liberties and is forced to make all kinds of difficult decisions, but in the end a good translation comes out as an evocation of the original. It’s not a photographic reproduction—that’s impossible—but like a good portrait it should be a likeness in some deeper sense and profoundly recognisable.

This varies greatly. I try to save up any questions that arise during translation and then put them to the author after I’ve finished the first draft of the complete work. I try to keep the list as short as possible by consulting other people first, Dutch speakers who come from the same region as the author, for instance. Typically I might have one question per poem or ten to fifteen questions for a whole novel. After the questions have been answered I go on to produce a more or less completed version of the translation. For prose, that typically involves four or five drafts. For poetry, many more. Then I send this final draft to the authors inviting them to read and send me any suggestions or questions. Most prose writers don’t have any of either; some might spot a couple of translation errors or typos. Very occasionally there is an author who tries to rewrite the translation to suit their own idea of how English should be spoken or written. This is unpleasant and can prove to be a disaster for the book. Poets tend to give more feedback. Generally I find that their suggestions are flawed but indicate areas where the translation can be improved. If they point out places where I have failed to represent their meaning or taken excessive liberties, I try to produce a new version that is closer, while still working as an English poem in its own right. Generally it all goes very well.

Is there any kind of literary work you wouldn’t translate?

I like to translate a wide range of genres and the main criterion for me is whether I like the work, whether I think it’s well written and worth reading. I like to be proud of the product as a whole, not just my part in its production. I don’t translate books I don’t like. It’s a waste of time and the money’s not good enough to justify it. Some translators don’t translate works they find disturbing because of things like sex or violence, but I’m generally quite broad minded about that. I did once turn down a novel about teenage prostitution and sexual abuse, but that was because I found it unconvincing and exploitative—poorly written, essentially. If I think a book is insightful and important, I would probably translate it even if it turned my stomach.

Many words, even very simple words, are untranslatable because the set of meanings doesn’t correspond completely. There are so many possible translations that any single word you choose is likely to be wrong in most instances. Sentences are easier, paragraphs easier still. Complete literary works are generally translatable, although you may lose some things along the way. (And gain others, perhaps.) A work like Through the Looking Glass contains many untranslatable jokes, rhymes and turns of phrase, but the book itself is translatable. Of course, if a literary work is built up around something untranslatable, then it itself may be untranslatable. ‘Lines on the Antiquity of Microbes’, for instance. Claimed by some to be the world’s shortest poem (‘Adam / had ’em.’), it is probably untranslatable in most languages. You can test it out yourself. Imagine that it was written in another language and you had to translate it back into English, but were banned from using the words ‘had’, ‘them’ or ‘’em’. Can you do it? (Oh, by the way, I’m talking about translations that ‘work’. Bad, jarring or stilted translations are always easy to find!)