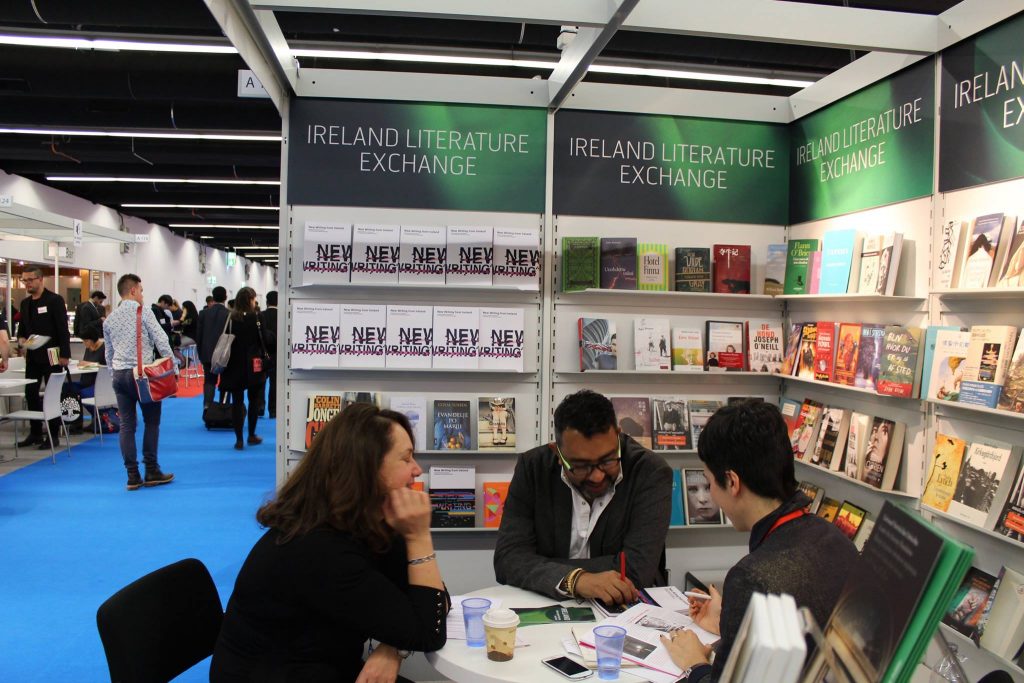 No single literature has a monopoly on excellence. Literature in translation is vitally important because it allows us to experience the world as it is imagined by writers through the prism of other languages and other cultures.

I think the most important aspect of a good translation is its ability to help its readers have a strong intimation of what was intended in the original, no matter how alien that may be from their own experience. The best literary translators are bi-cultural—they have a thorough understanding of both cultures they are working in. Our programme of bursaries aims to provide literary translators with an opportunity to immerse themselves in the idiom and locale of the work they are translating. We try to provide the appropriate supports to ensure that their translation is of the highest standard possible. Over the past ten years we have taken translators to walk on a bog; to learn how to use a water pump and thatch a roof; and to visit museums, schools, churches and pubs that were relevant to the work they were translating. We have also introduced translators to their authors where this was possible.

I don’t believe that any work is untranslatable—we are all human beings and so one man’s imaginative writings should be intelligible to others. However, some languages and cultures are certainly more difficult to translate than others. And certain concepts and emotions are not immediately transferable from one culture to another. As Anthony Burgess famously said, ‘Translation is not a matter of words only: it is a matter of making intelligible a whole culture.’

How much does a work’s ‘Irishness’ contribute to its success abroad in translation?

It is hard to measure ‘Irishness’! Certainly, Ireland has a worldwide reputation for excellent writing and its writers are hugely appreciated abroad. This is as true of many of its contemporary novelists as it is for its great poets, playwrights and children’s writers. I would say that the one and possibly only over-arching common element in all contemporary Irish writing is our writers’ extraordinary command and imaginative use of language. Good Irish writing seems to be popular whether it is set in a fictitious city in 2053 or on a bog in the midlands.

Why do you think so few foreign translated works are published in Ireland?

I think there are a number of possible explanations for this. There are often additional costs and risks attached to publishing literature in translation, particularly in an Anglophone market. I think there may be a growing problem with a paucity of expert readers too, as fewer and fewer Irish schools offer a wide range of foreign language options on their curriculum.

Here in Dublin, the International IMPAC Prize has drawn international attention to excellent books from around the world that were originally written in a language other than English. No fewer than five of the ten shortlisted novels for the prize were translations this year!

Little Island is publishing good quality literature in translation for young adults and some of the other publishing houses are not closed to the idea either.

There has always been an active poetry in translation scene in Ireland, with publishing houses like Dedalus Press, The Gallery Press and Coiscéim consistently publishing poetry in translation. John F. Deane, when he was the editor at Dedalus Press, published Tomas Tranströmer’s The Wild Marketplace in 1985 and For The Living and the Dead in 1994, the latter translated in collaboration with Tranströmer himself.

Ireland Literature Exchange recently moved into the newly established Centre for Literary Translation in Trinity College together with its partners the Dalkey Archive Press and the School of Languages, Literatures and Cultural Studies. The very establishment of this new creative partnership and the publication of this special issue on translation by The Stinging Fly are positive signs for the future of literary translation in Ireland.