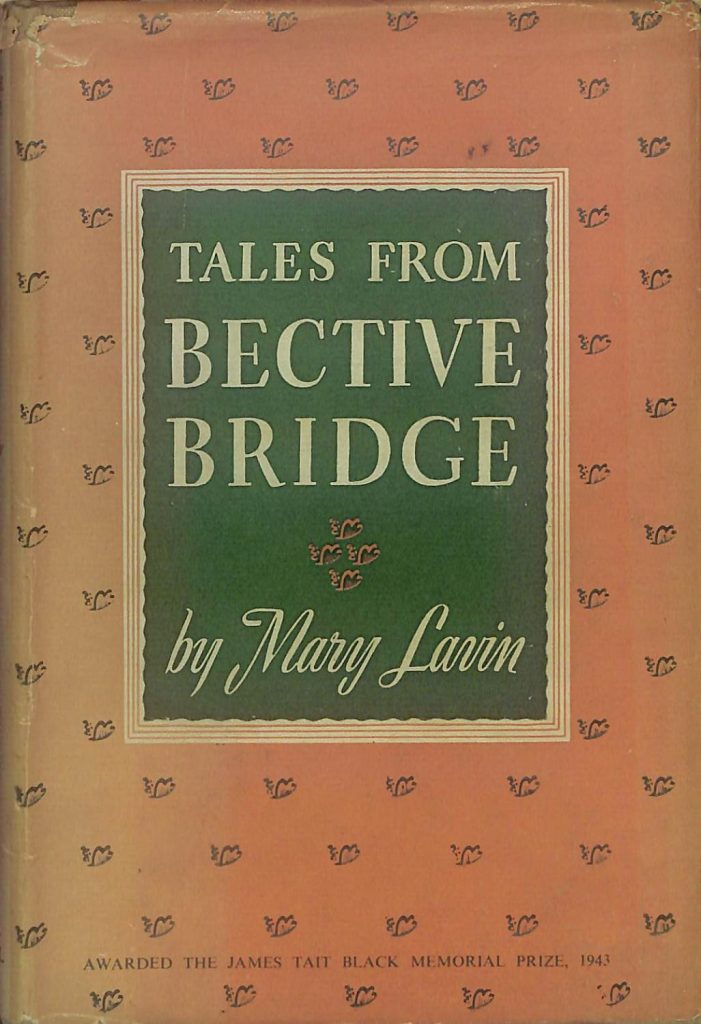 Two things had happened to me in that month: firstly, at Listowel Writers’ Week, I had steered the precarious course between the appearance of dizzy success that some people manage to construct around themselves, and the more honest, and sometimes cantankerous, desire of the toiling man and woman in the workshops. The other was that in the B&B on a one in a thousand sunny Clare day—nothing in the world to beat it—I came across Anthony Cronin’s Personal Anthology, an eclectic mix of favourite poems of his, which authoritatively opens the door to poetry readers who are afraid to stand up for the puzzlement of their own loves. Oh Happy Day. It brought to mind the quoted Leigh Hunt’s:

I began to think then of what name comes always unbidden to my mouth when I am asked about my favourite short story writers, and Mary Lavin fondly joined me on the sunny day. At home on my shelf there’s a mauve coloured copy of The Long Ago, published by Michael Joseph in 1944, and a white covered Tales from Bective Bridge, republished by Faber Finds last year for the centenary of her birth, which has reprinted the introduction that I wrote for it in 1996. Perhaps it is a good thing that I was not asked if I stood over what I had written then, because no doubt I would have tampered with it and, in the re-decoration, lost the essential fact that for her time she was extraordinary. For any time she was extraordinary, but to have managed then, in this place, to keep faith with her subject matter becomes even more interesting as the modern megaphonic din threatens to drown out the importance of intent.

Although there are some things in that introduction that I think no longer ring true, in the main I would still agree with myself—which is a heartening enough thing to discover. In particular, nothing has changed the fact that Mary Lavin succeeds, like no other, in bringing us the broad map of human relationships. Somehow in her hands the unnoticed man and woman become visible, interesting and important and their concerns, which might seem petty in someone else’s script, become coloured with emotional significance. William Trevor has said of her stories that ‘they are subtle without making a palaver about it, beautifully told, no pat endings, no slickness: and as in life, nothing is resolved.’

I have always regretted that I was not taught her work at school and you might say, give over, if Jenny finally kisses you what does it matter, but it does, because I would have had a landscape of Irish literature to which I could have related if I had only known—I would have had a written word from my own place to which I could address myself. And in the way that she gave to Tom Kilroy the books of Turgenev and Flaubert at the time that it mattered most to him, I wish someone had given me Tales from Bective Bridge. Or indeed even one other story, what about ‘The Becker Wives’, how that could have changed the day at the back of the classroom in Monaghan or under the bedcovers in Marnaharn. Leah Levenson, in The Four Seasons of Mary Lavin, says that Mary ‘made no attempt to publicise herself but rather appeared perfectly willing to allow her work to speak for itself.’ One cannot imagine how that would go down today. But she was clear and believed that ‘the intoxication of writing comes from straining to write as well as one can and not from success.’ I will bring that sentence back with me to Listowel.

This is a time of the proliferation of prizes as a way of informing people what they should read, not what they might enjoy or indeed what might benefit their souls, but what they should read because everyone else is doing it. In that light it can be a surprisingly difficult thing to say that writers need to be read for what they’ve written, what hidden places they have brought us, how straight we’ve stood after our private bout with them and who we’ve looked in the eye. I’m suggesting a visit or a re-visit to Mary Lavin, because the facts of the matter are that, in ‘Lilacs’, she succeeded in making a story about the dispersal of cow dung be one about love. It is also of course about class and the crazy desire of a daughter to be somewhere other than Wednesday morning, but mainly it’s about love and how it can survive despite the dunkle at the front door. The understated eroticism—‘that was the time he led her in a piece off the road when they were coming from Mass one Sunday’—will get us through the whole of life which, as Grace Paley might say, has turned out to be not that long at all. It’s also about death, as much of her work is, about bossyboots Kate and dithering, dreamy, crying, fainting Stacy. And when we’ve learned all we never knew we didn’t know she turns it back on us.

It can be a difficult thing to mention Frank O’Connor’s study The Lonely Voice and his stated view: ‘So an Irishman, reading the stories of Mary Lavin, is actually more at a loss than a foreigner would be. His not-so-distant political revolution, seen through her eyes, practically disappears from view. She has written only one story about it—‘The Patriot Son’—and from a patriotic point of view that is more than enough.’ Mentioning this can get you into trouble because it is possible to believe that O’Connor was being ironic and it’s possible too that he understood perfectly how her work had a broader view of history and war. She wrote one story about that, ‘The Dead Soldier’, which is more about how a woman thinks about a dead son than about the large canvas of who did what, why and when. ‘If you were his mother you’d remember every single look he ever had on his face from the day he was born to the last day you looked at him.‘ This could be said about lots of kinds of love or friendship but it means more because he has been a soldier.

Multi-tasking is a grand and wonderful achievement in the kitchen, or in a day’s life, but it can be overrated when it comes to the written word. There’s a danger that some novelists think of a short story as a truncated chapter of a larger whole. It’s worth remembering how scathing Mary Lavin could be about those who thought the short story inferior to the novel. ‘Non-creative people,’ she called them. And well she might, being the master of how to make us laugh and cry in the one sentence, as she puts the case for poor Phelim, he who knew how to lead a woman in a piece off the road. ‘All you want, the three of you, is to get rid of the dung altogether. Why on earth can’t women speak out—and say what they mean. That’s a thing always puzzled me.’

Well, puzzled as he may have been, Lavin lets her women speak out, away from Phelim’s hearing, and after he has died they speak too in the most surprising way. It’s too late for Phelim but we are all the better for it and, funny enough, I fancy that he knew all along.