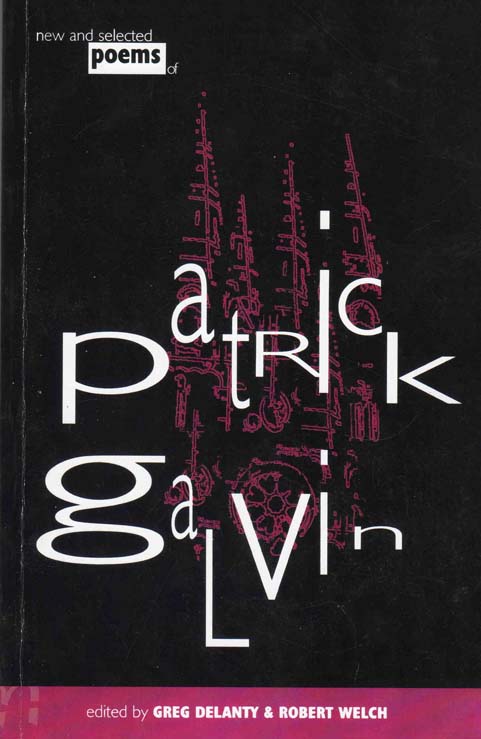 Cork’s Connolly Hall epitomises the boxy functionality that marred an entire generation of Irish public buildings. Its square panes glare out with a bouncer’s blank impassivity, staring down the dapper and effete City Hall across the river’s bottle-brown waters. A brute but tolerated landmark, it serves as local headquarters of SIPTU and as a general centre of trade unionism. To date it has hosted precisely one wake or removal—that of the poet Patrick Galvin on Friday 13th of May 2011. The event, we were reliably informed at the time, constituted several significant health and safety violations. But it was entirely appropriate that Galvin, all his life a staunch and unswerving ‘man of the left’, be laid out in such surroundings. And on such an evening; he was carried in under a southern multi-season sky as springtime over-brimmed itself, and along the mall the last cherry-blossoms reeled away in haiku-baiting self-regard.

Inside wine and beer was doled out by trade unionists and family friends, in Styrofoam cups to circumvent the lack of a bar licence. Of course the huge congregation featured its requisite quota of poets, novelists, historians and whatnot. But it was composed for the greater part of people unconnected to those bothersome professions: builders and accountants, call-centre reps and factory workers, socialists and more than a few wannabe capitalists like myself. All of us, it goes without saying, had been altered—sometimes profoundly—by Galvin’s life, work or both. We witnessed a model wake, a heartsick celebration of a life consummately lived. Galvin lay almost in state in the Union Chapel while next door some of Munster’s finest musicians played, sang and danced, their duende and exultation punctuated by zestily plaintive readings from the dead poet’s work.

His final published text—brief, bitter and massively co-authored—had appeared only about a fortnight previously in the Irish Times; a letter contesting the proposed downgrade of Dun Laoighre Rathdown’s prestigious and much-loved Poetry Now festival. The festival—which Galvin had founded in 1995 during a spell as the county’s writer-in-residence—would continue to exist not as an independent celebration of verse but as an ‘integral strand’ of the much broader-based Mountains to Sea event. Galvin’s cosignatories included each of his successors as curator of Poetry Now: Conor O’Callaghan, John McAuliffe and Belinda McKeon.

Poetry Now was duly absorbed into a larger, blander and more commercial system. Of course this now seems no more than a three-quarters-forgotten literary spat, a drearily familiar cutback quarrel. Poetry Now, despite its absorption into what is arguably a slicker and more commercial enterprise, survives and retains no small measure of autonomy. Dun Laoghaire Rathdown’s Arts Office have assured me of their commitment to its survival and next year Galvin’s brainchild will celebrate its twentieth anniversary.

It’s strangely appropriate, however, that such an ephemeral, resistant missive would house the last words Galvin committed to print. For it fittingly caps his history as a peripatetic literary activist, the founder not only of Poetry Now in Dublin but also of the Munster Literature Centre in Cork, the incubator of plays and groups of players in London, Belfast and beyond.

Yet refracted through that last letter is another strand of Galvin’s activism. Inclined to look beyond these damp islands for models and precursors he surely saw himself more as l’ecrivain engagé than as a practitioner of l’art pour l’art. He was an unabashed and lifelong socialist though one suspects his understanding of that designation altered more than once over the years. What remained constant, however, was his compulsion to write about and for the lumpen, lost and inarticulate—those we conveniently package as the ‘marginalised and dispossessed’. His poetry, prose and drama take an almost Orwellian delight in shaming the mighty, in probing issues that some powerful people somewhere would prefer that he ignore.

Let’s indulge the biographical fallacy for a moment and trace this impulse back to his beginnings. He was born in 1927 in Margaret Street, in the centre of Cork City. In their introduction to New and Selected Poems (Cork University Press, 1996), Greg Delanty and Robert Welch describe the locale in irresistible fashion:

There was a labyrinth of interconnecting thoroughfares, sometimes scarcely a yard across, climbing up the hill to Greenmount. To this day these streets, alleyways, laneways, bridges teem with life: there are cake shops, haberdasheries, wool shops, pork butchers, greengrocers; there is a slapdash, slightly improvised air about the establishments, all, that is, apart from the pubs, of which there are a great number, with their opaque frosted windows, discreet-looking varnished doors, and the invitingly sour smell of beer and stout.

It is important, of course, not to glamorise the brutalising penury that marked those beginnings, which Galvin chronicled in Song for a Poor Boy, his sad, magical and at times heart-wringing memoir of childhood and early youth. And how could one minimise the atrocity recounted in its sequel, Song for a Raggy Boy, which draws on his time as a ward of the unspeakable Daingean, where—like so many other young Irish people of his era—he became a victim of the very state sworn to his protection?

And yet Galvin might forgive the assertion—shallow as it is—that he led a life most writers would kill for: a kind of Byronic picaresque, an adventure-packed careen between settings and situations that seems oddly impossible in a world shrunk and bounded by technology. As a child he would sell broadsheets of songs and ballads in pubs, ‘reciting them from bar counters when required’. He left school at the age of twelve and worked as a messenger boy, newspaper boy and cinema projectionist. Then in 1943, aged only sixteen, he travelled to Belfast in an attempt to join the American air force and take up arms against the Nazis. With the aid of a forged birth certificate, he ended up enlisting in the RAF and went on to serve with Bomber Command in the UK, the Middle East and Africa. In 1945 he ‘saw the bombed cities of Europe shortly after VE Day’.

Nor did his post-war career prove any less extravagant in its variety. He spent periods in Israel, London and Spain, the latter especially to prove an enduring influence. Encouraged by the great Seamus Ennis he became a professional singer, recording a string of albums for a New York-based label. One of his compositions —‘James Connolly’—slipped the moorings of attribution and found its way to the canon of Irish hero-songs. It will be sung this weekend, probably badly, in a bar in Sacramento by some sentimental drinker who’s never heard Galvin’s name. The 1970s saw him in Belfast where through a string of plays—several produced through his association with the Lyric Theatre—he emerged as an uncompromising chronicler of Troubles-era Northern Ireland and of Irish society in general. In the 1990s he returned to Cork, wrote his trilogy of memoirs and saw the second volume turned into a hit film starring Aidan Quinn. The omnibus edition of these semi-fictionalised reminiscences remains in-print and a reliable seller.

There are moments, however, when one suspects that very range of Galvin’s talents hindered the reception of the poetry, which in time will surely be regarded as his central achievement. We live in an era of niche and specialisation, one inclined to regard such multivalent virtuosity at best with suspicion, at worst as being vulgarly de trop. Of course there’s nothing wrong with a good Renaissance man. But we’re more comfortable when they confine themselves, y’know, to the actual Renaissance.

I think my first full-on encounter with that poetry came in 1997 at a reading he gave in UCC’s Old Bar. Galvin had that perfect mix of command and vulnerability required in an Irish showman: a gentle yet commanding presence, easy patter, a sweetly resonant tenor voice. The room throbbed with people and with a peculiar energy lent it by Galvin’s deceptively casual reading style. I remember a fairly bizarre student chant-along to ‘The Mad Woman of Cork’. His layered, uncluttered later poems summoned landscapes that seemed simultaneously Irish and Iberian: ‘Folk Tales for the General’, ‘My Father Spoke with Swans’, especially ‘Roses for the President’ with all its aching clarity. People cried. It was one of the first poetry readings I ever attended and it remains essentially unsurpassed.

Delanty and Welch describe in their introduction how Galvin’s work draws on traditional Irish ballads, on the Gaelic poets of the seventeenth and eighteenth centuries, on Surrealism and on Lorca. This seems accurate but doesn’t capture how Galvin’s fusion of these disparate precursors conjures a poetic that on first encounter seems eerily sui generis. His is a world that emerged spontaneously, fully-formed and auto-catalytic. For poems like ’The Kings Are Out’, ‘Roxy’s’ and ‘The White Monument’ seem utterly without antecedent in the Irish tradition. We’re left scratching our heads, wondering where did this come from? It’s like finding bullets on the moon.

Those poems and many others were rattled off that night in Connolly Hall by household name and housewife alike. I was asked to read and, of course, I chose ‘Flowers for the President’. It was a very great honour. Then at some point Galvin’s son Macdara hit us with his nerve-awakening version of ‘James Connolly’ and that was more or less that. The bulk of the mourners dispersed in merry bereavement, leaving the family to their overnight vigil. As I strolled down the South Mall, heading towards An Spailpín Fánach for a few post-removal pints, I looked across the river towards the Middle Parish Galvin’s writing had so often circled and returned to. It was still bright, the sky a stack of diminishing violets, and over the shabby quayside, over Mary Street, Margaret Street and Douglas Street, with its pastels, its gluttonous obviousness, summer was approaching.

Billy Ramsell’s first collection of poetry, 'Complicated Pleasures', was published by the Dedalus Press in 2007. He lives in Cork. 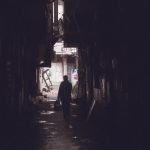