Beneath the punctured sky,
the thick-needled pines,
the yellow ravines gleaming,
Sonam and I sit face to face

in the scent of the thick-needled pines
on the rooftop restaurant—
a classroom for Sonam and I
for the price of a ginger lemon tea.

On the rooftop restaurant,
a hand with gnawed nails holds a pen.
We sip our ginger lemon teas
and words are returned to their homes

by the pen in the nail-gnawed hand.
‘I pray in the temple every day.’
Words, returned to their homes.
‘English lesson takes place twice a week.’

Every day, Sonam prays in his temple.
The prayer wheels spin round and around.
English lessons take place twice a week,
twigs of a language once grabbed, made to burn

like golden prayer wheels spinning around.
They were knee-deep in snow for a month.
No twigs gathered to make a fire burn.
Frost-bite is not so bad as getting caught.

They were knee-deep in snow for a month,
night walking, sleeping by day.
Frostbite is not so bad as getting caught.
His family, they stayed behind.

In the daytime, they tried to sleep
in thin clothes, a coat for a tent.
His family, they stayed behind
and men he grew up with.

In thin clothes, a coat was a tent.
Eyes lock on mine as he speaks
and Sonam, who grew up among men,
smiles across the table,

eyes locked on mine as he speaks—
sheer rock shining.
Across the table he smiles.
Behind Sonam, the Himalayas.

Liza Costello lives in Dublin. Her writing has been published in magazines and shortlisted for a couple of national short story awards. In 2011, she won the Dromineer Literary Festival poetry competition. Her novella, Retreat, is forthcoming as a Kindle Single. 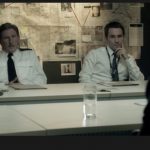 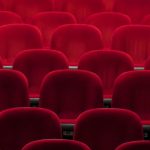 A Postcard from Berlin