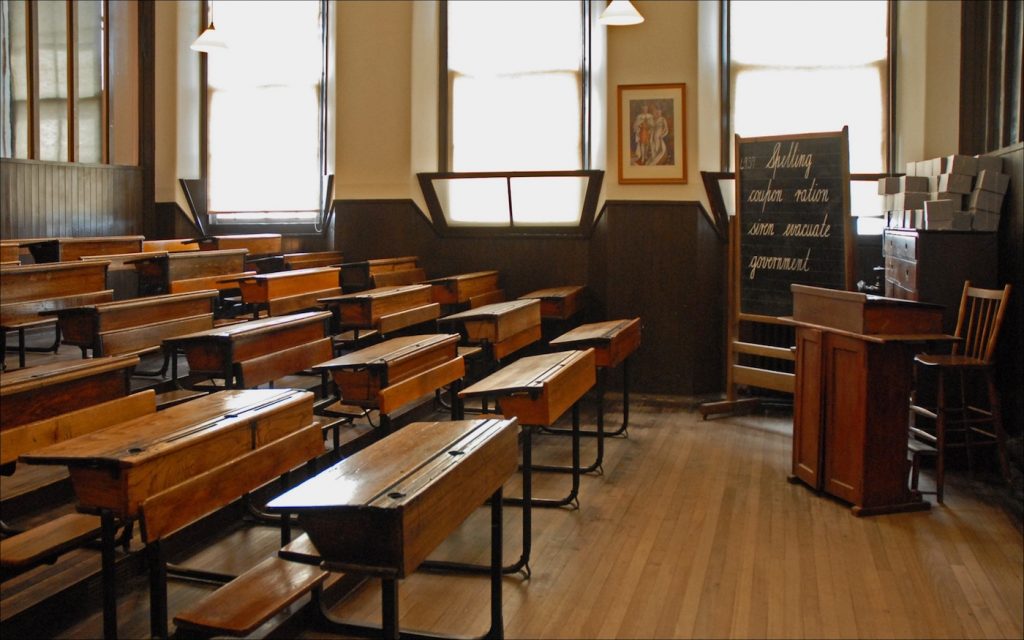 Mirrors returned her to herself like the snap of unexpected bad news. She could be gone on internal exile and be brought back to the world with just a glance. Which is why—if you know the type—every morning she spent ages staring into a mirror. She would stand there—shrouded on a good day, naked on a bad—and make pronouncements on herself with a queenly sniff, as if the absolute heifer in the reflection was a shameless intruder.

Take the hair, for example. She hated it. It was a mad, frizzy sheaf that tumbled halfway down her bare back. Sheaf: the usual thing was to say about hay, it looked like hay. She’d kept her strong country accent in the city, so hay was the thing for the coffee girls. She had coffee girls of course, just as good as yours or anyone else’s. They would combine it with her personality too and say about having a roll in the hay, which led to sheep shagging, about being at it like a rabbit, all that.

What else? The mouth. She had been told she had a ‘poor’ mouth by her grandmother when she was only small. She was close to thirty now but still thought about it. Did it mean the teeth? Lips? The childhood things are the worst. She remembered people laughing in agreement when it was said, so maybe it was a joke on top of everything else.

But today it was the breasts. She’d always despised them—huge, ugh—but today, to her, one of them definitely felt like it was a totally different weight now. Seriously. Not like with the hair: something was wrong.

But then, is feeling something is wrong the same as there being something wrong? Well, yes. Who’s in there with you to say otherwise?

As he jogged towards the school, he tried to name in his mind the flowers and trees he passed. His class kept a nature table and he—a Dub, like!—had to pretend to know the names of things as they went along. You can’t keep telling them everything is a type of daisy. There was groundsel and shepherd‘s purse and hawkbit and marsh-orchid; everything had been made sense of already, just by someone else, leaving you pretending to your class you can tell celandine from gorse, when you’re just as bored by the fucking thing as they are.

When he got to the school, he had to negotiate the staff shower—which is tricky. There’s only one, so you have to get the timing right. Too late and you’d be late, but too early and you’d be left hanging around in your classroom way before the lessons started. And then you’d get that rotten weightless feeling in your stomach? Pure rotten. That was today. There is only so much busyness you can knock out of cleaning the whiteboard down or checking the Wi-Fi hasn’t dropped off again (fucking thing) before you’re just left with the lonesome sound of children playing outside; so when his phone rang, it was as welcome as the morning bell calling them in.

‘Oh my God! I’m so glad I got you.’ She thought her tone was inappropriate somehow—unserious—so she found herself adding, ‘Sorry,’ for no clear reason.

‘You’re alright.’
‘I’m dying,’ this was much more like it, ‘really not feeling great.’
‘Oh no, is it the flu?’
‘Maybe. Do you think you could ever cover my class for me today?’

This was a fairly big ask. Her class is half made up of kids who only half speak English, so it’s like teaching several classes at once.

‘I have lesson plans in my folder on the shared server. You just need to print out, whatever, thirty-five copies of maybe three things or whatever and then just check in on them. Please, please, please.’

‘No problem at all.’

This was a huge problem. Why did the mad culchie one have to call him? Then again, she has a serious body on her; fuck, wouldn’t ya love to?

‘Ahhhh thanks so much. You’re so good.’
‘Not a bother. You take care of yourself.’

And then he chanced it and threw in, ‘I’ll text you later to see how you are.’
‘That would be lovey, do. Ah you’re so good.’

Once she decided she had to go to the doctor, she had to go at once. She artfully dishevelled herself in the mirror and made a bust for it. The fake fur flapping like a short skirt, the too-long scarf trailing in the wind, the snow seeming to fall up and down simultaneously. It was good stuff for the drama in the head and gave her the gusto she needed to storm into the doctor’s waiting room like an ambulance.

But as soon as the examination was over—it confirmed the worst, of course— the crying started. So she got out of there and spent the afternoon going over and over it in her head until she felt she was being true to what she wanted to hear and what she had heard. Now she was living in the best of all possible worlds, except, of course, she knew it.

The sun was out by evening, giving the day its golden hour warmth: the tinkling of the snow melting into drains sounded like out-the-country; the sweet vinegar steaming from his bag of fish and chips highlighted the new freshness of the air. Sight, sound and smell all together remaking the familiar northside streets, so that he saw himself as if in a film. That’s the way he catalogued the world: once something distinguished itself from the general impression, he’d take it and remake it into something he could use or at least understand. Now, with the cameras rolling, he’s the hero marching through the snow to save a hysterically grateful woman who’s trapped in her country cabin. Cue music.

‘Come in, come in!’ She didn’t look sick, surprisingly, for someone who had just spent the day in bed. It made him feel both better and worse for turning a text into calling around with dinner.

They settled down on the sofa with their glass of wine and their soggy chips and cod.

‘You’re so sweet. Thanks for this.’ Sitting beside her, he felt both emboldened and disarmed by the way her smile and titled head loaded her sweet nothing graces with dirty talk.

‘I’ve learned so much from having my classroom beside yours, I really have.’
‘Oh well, I mean…’

She reached over and gave his forearm a little squeeze and then, with all of a sudden seriousness, she put her chips aside.

‘I’m worried.’
‘Worried? Why, what’s, what’s wrong?’
‘I found…on my breast this morning. That’s why I called in sick. I found a lump.’ And as if to excuse herself from having to say it clearly, she started to cry on the word lump, lump not being exactly what she found that morning, but lump making it so real in the moment as to bring real tears; the poor mouth.

‘Jesus. Sorry. I thought it was the flu or something.’

In response she just leaned into him and he wrapped his arms around her like she was a gift he wasn’t sure he wanted.

In hindsight he cleared himself of any wrong intent here—she was crying, sure!—but then he suggested, ‘Or a friend or someone.’

She looked up with that practiced downturned mouth of hers.

‘Like who?’
‘I don’t know. One of the girls you brought to the Christmas do maybe?’

Could she talk to one of the coffee girls about this? Exactly. That’s why he suggested it.

She cleared the dinner things, taking longer than expected in the kitchen. When she returned, he was up on his feet in front of the mirror above the fireplace.

‘Can we do it here?’ she asked. ‘The light is better in front of the mirror.’

Once she was standing in front of him, she simply stated, ‘I better take this off.’

They looked at each other smiling in the mirror as she took off her vest top and unhooked her bra. Once she was topless, they looked directly at each other. Her breasts lost their sensuality nude; instead, their unveiling revealed her shoulders and the promise of her obscuring smile. Yet it all felt so natural they had to laugh.

She took his hands in hers and placed them under her breasts.

He raised his right hand, lifting the soft tissue, and gently squeezed, comparing it to what he felt in his left hand. He moved his position and tried again and again, like he was slowing washing her. Before he could ask exactly where she had found the lump, she just said, ‘Right’.

‘The right one?’ he grinned.

She nodded and smiled and he repeated it all with his left hand searching and his right hand corroborating. And when he couldn’t find imperfections of any kind, he went on exploring and exploring with the smallest and gentlest of movements, his eyes always with hers.

The next day they were both back in school, running detention together.

‘It’s not funny Thomas. It’s very serious. Someone could have been hurt.’ She had her arms folded under her breasts, pushing them together, which he noticed, which she noticed.

‘Pelting snowballs at cars like a madman—the two of ye—you too, Brian.’
‘Pelting’—‘shnowballs’—Thomas thought this was gas: culchies.
‘Very serious, Thomas. What if someone crashed? What if someone was killed, Thomas?’ He backed her up, touching her elbow.

‘That’s it, heads down boys, separate tables, heads down. I want you to think about what you’ve done.’

‘The seriousness of what you’ve done boys,’ he added.

Thomas and Brian pantomimed it out as asked and took separate tables, but pulled the usual one of picking tables in the same row so they could look at each other when they turned their heads sideways; herself or himself didn’t notice as they had turned sideways and were looking at each other.

‘I want you to think about how naughty you have been,’ she said.

‘Yes Miss,’ they said, a double act putting on the poor mouth.

Padraic Walsh is a playwright and fiction writer from Mayo. His plays have been broadcast on BBC Radio 4 and he won the Walter Swan Trust Playwriting Award in 2015.