Raising the Devil: The Unspeakable Fictions of Liam O’Flaherty 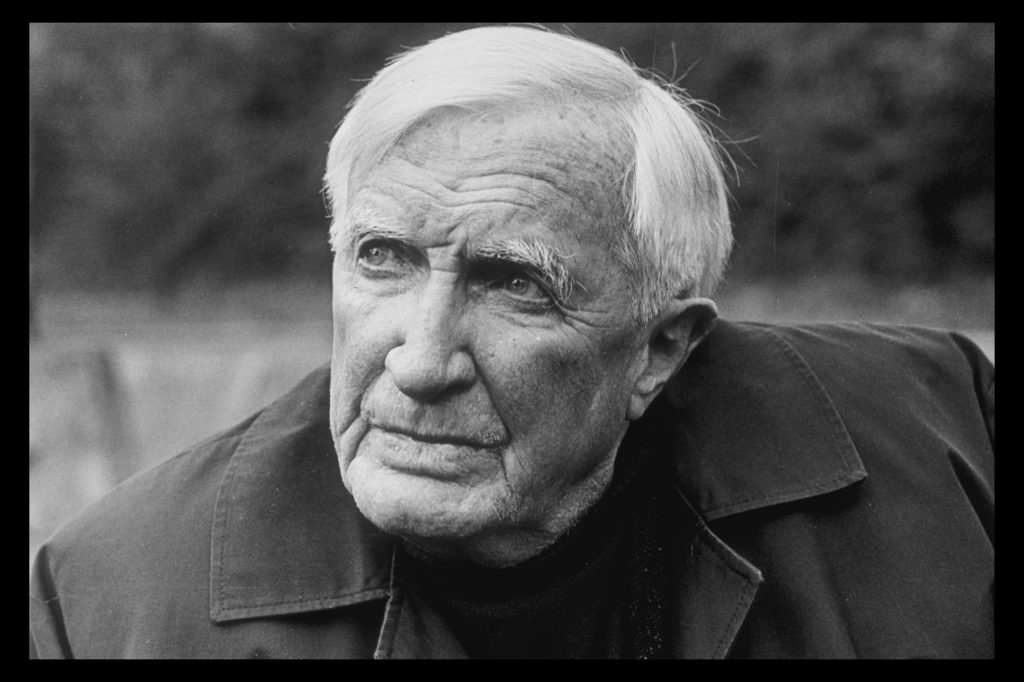 Thank you so much for your letter and cheque. I would be dead were it not for you and of course Fr John O Reilly would say you were aiding and abetting the devil. Well, I hope to raise the devil with the world yet anyway.
—A letter from Liam O‘Flaherty to Edward Garnett, June 1923

Imagine a France where the name Celine hardly ever popped up in literary conversations; or a Norway where Hamsun was not taught on university literature courses; or an Italy where The Leopard had been out of print for forty years and could only be found by chancing across it in a second-hand book store or by painstakingly trawling through the online catalogues of rare book dealers; or a Russia where no book-length critical study of Dostoevsky has been published since 1976. Imagine, indeed, any country where the writer who left behind the most comprehensive and provocative literary record of the most momentous events in its modern history had been all but forgotten in its wider culture. You will have guessed that such a country does exist, and it is now called the Republic of Ireland, though it is far from the Republic of Ireland that insurrectionists took up arms for in 1916. Insurrectionist Liam O‘Flaherty is Irish modernism’s forgotten great writer, and that forgetting has not been a natural process, but is intimately connected with the operational priorities of the Irish culture industry.

The Tom and Liam O‘Flaherty Society have recently initiated the vital process of commemorating O‘Flaherty through events and re-publications. Apart from this small column of dedicatees however, O‘Flaherty and his legacy are blanketed in silence. The answer to the riddle of his exclusion from our cultural narrative is obvious. It’s because of his uncompromisingly radical politics, and, more broadly, the nihilistic, anti-romantic, Nietzschean philosophical outlook which animates his most important works. This makes him generally inappropriate for commemorative honour by the state, or by any in the decisive upper echelons of arts admin who depend on state patronage, and whom the state in return depends on to farm our literary heritage for ceremonious prestige.

‘Let us not be ashamed that gunshots are heard in our streets. Let us rather be glad. For force is, after all, the opposite of sluggishness. It is an intensity of movement, of motion. And motion is the opposite of death,‘ writes O‘Flaherty in a letter to the Irish Statesman in 1924, arguing that great cultural progress only occurs in periods of, and because of, warfare. Warfare is broadly defined in O‘Flaherty’s imagination and depicted in his fiction as the struggle between humankind and nature, as well as the endless human wars between nations, classes, families, couples, and within the fragmented individual mind. As in Shakespeare and Homer, struggle between warring opposites is the constant core and dynamo of O‘Flaherty’s narratives. Altogether, O‘Flaherty’s fiction, from Famine to The Assassin, forms the Epic, or the History Play, of Ireland from the 1840s to the 1920s. This is the foundational period when the independent Irish state, now embarking on a ten-year celebratory misremembering of itself, was born in a hail of bombs and bullets, some of them aimed by, and at, Liam O‘Flaherty.

His Irish Statesman letter proposes the same dialectic of history later put forward in a more toastmasterly fashion by Walter Benjamin, that every document of civilisation is at the same time a document of barbarism. Whereas Benjamin’s instinct is to lament this basic truth of social evolution, O‘Flaherty proclaims it without any kind of tears or shame. For him, in art and in life, conflict between warring parties is the generator powering an inevitable process of perpetual mutation. In his fiction O‘Flaherty strove to root this philosophy of history (and cosmos) in depictions of the lived historical experience of his period; to, as Marx put it, rise from the abstract to the concrete. In his 1932 masterpiece Skerrett, which pivots on the struggle between a Machiavellian priest and an idealistic national school teacher for the control over the bodies and souls of the peasantry of the Island of Nara, O‘Flaherty writes that ‘it must be remembered that this was the period when the whole of Ireland began to emerge from feudalism, as the result of the guerrilla war waged by the peasants against the landowners. Even in Nara […] the will towards civilisation had been stirred into life.‘ The idea that Irish modernity emerged from the partisan struggle of our very poorest and most desperate and above all anonymous past citizens, rather than from the actions of a line of Great and Holy Men stretching from O‘Connell to Lemass wouldn’t suit either mass-market biographers or Hollywood. It is far too unsettling a proposal to be included in the state-managed ‘debates‘ on Irish history which will form a central ritual and TV-spectacular element of the ongoing centennials.

In O‘Flaherty’s furiously-paced fictions of clash and mutability, nothing is ever allowed to settle or fix form for too long; there is no peace, no rest, no lengthy contemplative passages, no ikon-making. No character is ever allowed to triumph for long, no relationship is stable, no institution is not designed to implode in the end. Always in the darkly roaring interstices of his sentences one hears the coast-destroying winds and the man-devouring seas of the western seaboard as they continue their ceaseless reshaping of everything, including themselves. O’Flaherty mostly succeeds in avoiding pietistic, mystical or comical images of the picturesquely downtrodden Irish; these three stratagems being, then as now, the dominant representational modes of our literature. Rather, he aims, in his fictional and philosophical obsession with struggle, violence, and transformation, to flow-map the unstoppable metamorphosing torrent of history itself.

Unsurprisingly then, O‘Flaherty is highly unusual among Dead Irish Giants in that he has little by way of homely, monetisable snippets to offer Bord Fáilte and beermat purveyors. He is, in fact, the anti-Bord Fáilte. His parodic masterpiece A Tourists Guide to Ireland, the best English-language satire written in Ireland since Swift’s A Tale of a Tub, is scathingly accurate about our state in its days of formation. That it is now practically an unknown text is hardly a coincidence. O‘Flaherty despised the real, benighted Ireland with the same passion as others worshipped the largely invented Ireland of the Celtic Twilight. Where Synge saw ‘wild paradise’, O‘Flaherty gives us the truer Connaught of Oliver Cromwell, a wind-blasted hell where dignified life was impossible. O‘Flaherty’s peasants have no more to do with the Fianna than absentee landlords had to do with famine relief. They are starving, conniving, avaricious, ignorant, wife-bashing drunks who live with pigs and can think of no reason why they shouldn’t. His post-1923 revolutionaries are grotesque factionalists, using idealism to mask vengeful bloodlust. His primary school teachers are brutal sadists who detest children and drive them to suicide. His politicians and businessmen are gombeens one and all. His priests are politicians and businessmen. His artists and writers are mystic quacks and second-hand priests. His gardaí are, well, the luckiest of pigs, having migrated from the blow-away mud huts to the wind-impregnable fortress of the barracks. O‘Flaherty understood the Ireland of the revolutionary and post-revolutionary period better—and depicted it with a more ruthless fidelity—than any other writer ever has.

Perhaps O’Flaherty’s most significant departure from our three major literary traditions (the Latin and Gaelic monastic, the Gaelic bardic, and the post-conquest Anglo Irish) is his conception of nature, specifically the unconsoling nature of rural and Atlantic Ireland. O‘Flaherty’s Irish nature is godless and hostile, a mocking serial destroyer of all human ambition and achievement. When David Skerrett stands abandoned and derided by the people of Nara, whom he has fought so long and so bitterly to civilise, O‘Flaherty, in a typical mock-Wordsworthian move, has him seek escape from and consolation for human disappointment in the raw sublimity of our Atlantic Coast:

Suddenly, he thought that the earth was a living being, making fun of his defeat. All was so silent and mysterious and unapproachable. He thought how puny and weak was man, wandering haphazard on this cruel earth, pressing its face with his feet, burrowing in its bosom and then passing to his death, when the vain quests of his life have dissolved in horrid annihilation. And it was made manifest to him as he watched the glistening crust of sun-baked rock, beneath its dome of sky, that there was no God to reward the just or to punish the wicked, nothing beyond this unconquerable earth but the phantasies born of man’s fear and man’s vanity. And he began to laugh softly to himself.

This is, of course, Schopenhauer in Inishmore, with the laughter of derangement added. In the Irish West, we leap laughingly into our sacrilegiously bottomless wells.

O‘Flaherty is by far the most off-message, the most debunking and desacrilising of the great Irish writers; no one clinging to power in art or in politics, or in art-politics, wants to hear from the likes of him, or for the likes of him to be heard. To me, there’s a clear continuity between the censors of the 1920s and the most bureaucratized and market-oriented sections of today’s Irish culture industry. O‘Flaherty is administratively forgotten today by the direct descendants of those who banned him in the 1920s, working out of the same offices. The modus operandi may have evolved, but the effect is the same—the awkward are silenced. O‘Flaherty’s status as our great unknown author is, on the one hand, a huge tribute to his continuing ability to disturb those whom culturally-significant artists are born to disturb, and on the other hand testimony in the cultural sphere to the accuracy of Brendan Behan’s contention that in 1923 ‘nothing changed but the badge on the warder’s cap’.