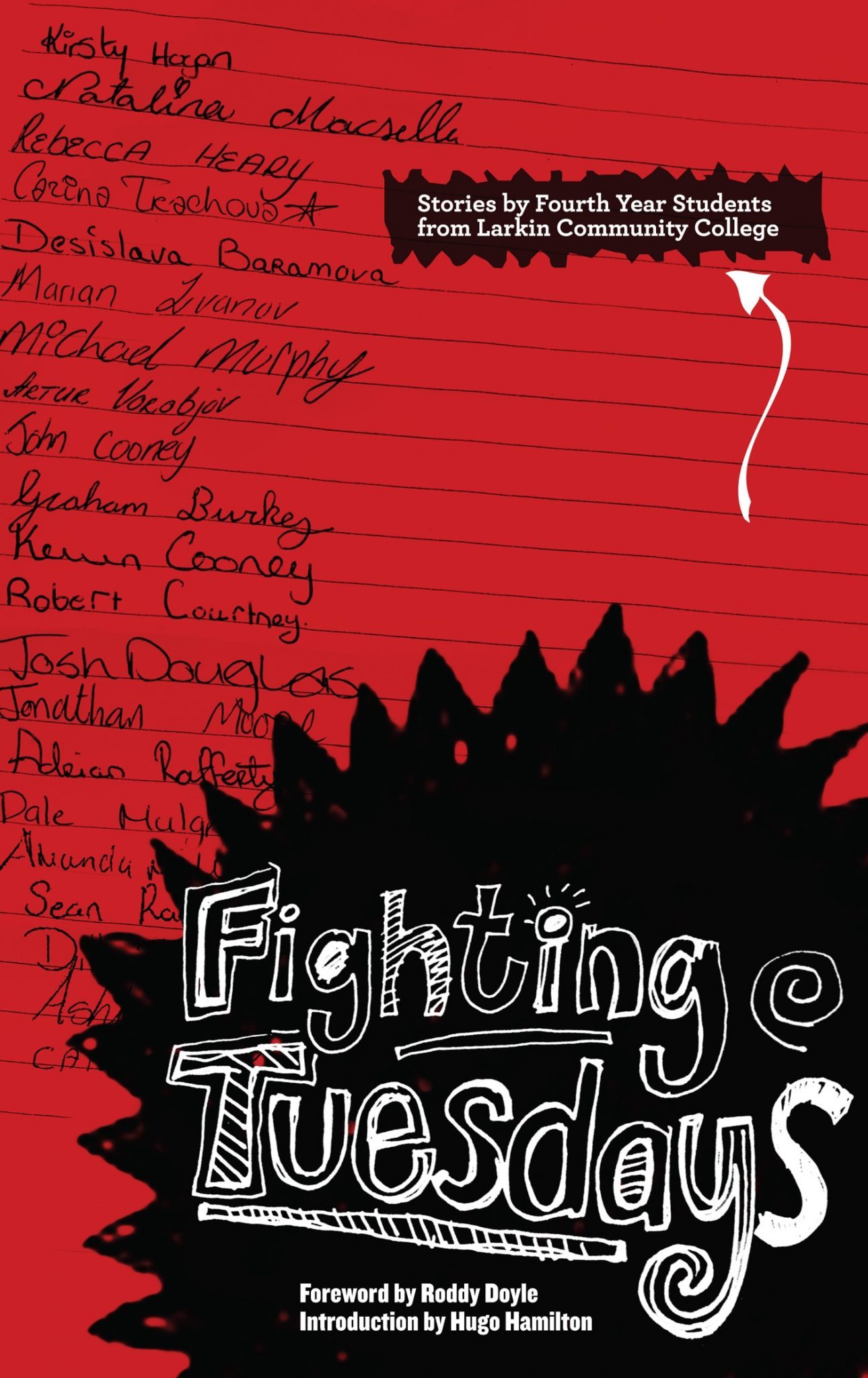 "The stories on the pages between the covers should be read urgently now and copies of Fighting Tuesdays should be planted in time capsules around the city so that in 100 years' time or in 500 years' time there will be texts which record perfectly what it was like to be a teenager in Dublin early in the 21st century."

Published by the Stinging Fly Press in association with Fighting Words, Fighting Tuesdays celebrates the creative efforts of twenty-four transition year students from a school right in the heart of Dublin city centre.

From Hugo Hamilton’s Introduction:
“The stories in this book all have a real punch because they are all written from the heart. They are the honest view of life from the inside, written by a group of Dublin students who are describing the world as it is today.”

From Roddy Doyle’ Foreword:
“Twenty-four young writers sat and wrote the stories in this book, and I watched them. Their frowns and dark concentration, their laughter, their yawns and stretches-what is it about teenagers and their ability to stretch to three or four times their normal length? The way they filled the pages so quickly, and the way some of them discovered that they had to get up and go to the toilet every quarter of an hour. They were new to the job but already writers, with minds that told them to sit still and concentrate and bladders that told them to get up and wander. There were twenty-four minds in the room, and the twenty-four bladders. Luckily, the minds won and we have twenty-four great stories.”

"Fighting Tuesdays is not just a powerful read; it's a timely and important book. The Larkin students know what it's like to be young in Dublin today. Their voices are unique and they're speaking for themselves. The 24 stories span a multitude of subjects: friendship, love, football, binge drinking, bullying, drugs. Each of them is different, but there are striking overlaps: outstanding dialogue that fizzes on the page, vivid evocations of place, brilliantly original humour and a fidelity to their characters' world views."