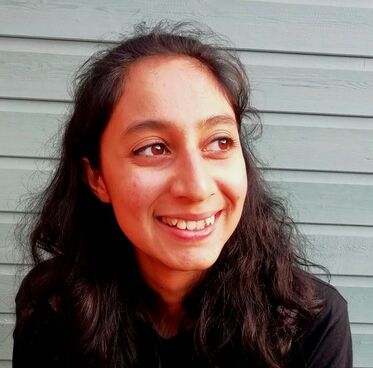 We’re delighted to announce that Anam Zafar has been awarded our inaugural New Translator’s Bursary. Her translation of Najat Abed Alsamad’s work – along with her note about the process – is published here on our website today.

The New Translator’s Bursary attracted 59 applications from new and emerging translators from around the world. The applications were assessed by our inaugural translator in residence, Frank Wynne, who had this to say about the process:

‘One of the many great pleasures of reading is spending time in the company of fellow translators. Reading the fifty-nine submissions for The Stinging Fly’s inaugural New Translator’s Bursary not only took me on a tour around the world at a time when I was sorely missing the opportunity to travel, it afforded me a glimpse into the minds of writers and their translators, an insight into how stories are carried from one language to another. I was thrilled by the breadth and range of the stories that were submitted, heartened to see multiple entries from languages that are sorely underrepresented in English – including many of the languages of the Indian subcontinent, together with Sorani Kurdish, various versions of Arabic. It was also moving to discover women’s voices and queer voices from many countries, all of them straining to be heard.

‘Whittling the entries down to a manageable shortlist was not easy, and the task of choosing a winner from among this handful was extremely difficult, since any one of them could have made a worthy winner. I allowed myself to be guided as much by the story and the voice as by the skill of the translation. In the end, I was won over by Anam Zafar’s delicate, nuanced translations of Najat Abed Alsamad’s brief, pellucid, poetic, and unsettling portraits from Syria. Each fleeting image made me long to read more, to know more… There is no higher praise for a writer and a translator.’

Frank provided mentoring support to Anam over the past few months as she worked towards completing her translation of Najat’s work.

Anam Zafar lives in Birmingham. She completed the MA in Applied Translation Studies at the University of Leeds. She translates from Arabic and French into English. A 2021 ALTA Virtual Travel Fellow, she collaborated with the National Centre for Writing as an Emerging Translators Mentee and translator in residence. She volunteers for World Kid Lit and runs translation workshops in schools with the Stephen Spender Trust.

Najat Abed Alsamad is a Syrian writer and gynaecologist. The author of five published works, she currently lives in Berlin where she is working on a new novel and training for a German medical qualification.

Originally from Sligo, Frank Wynne is a literary translator from French and Spanish whose authors have included Michel Houellebecq, Javier Cercas and Virginie Despentes. He jointly won the Dublin Literary Award, and has twice won both the Scott Moncrieff Prize and the Premio Valle Inclán. He edited the anthologies Found in Translation (2018) and QUEER: LGBT writing from Ancient Times to Yesterday (2021). He is chair of the 2022 International Booker Prize judging panel.

From ‘A Fool’s Errand’