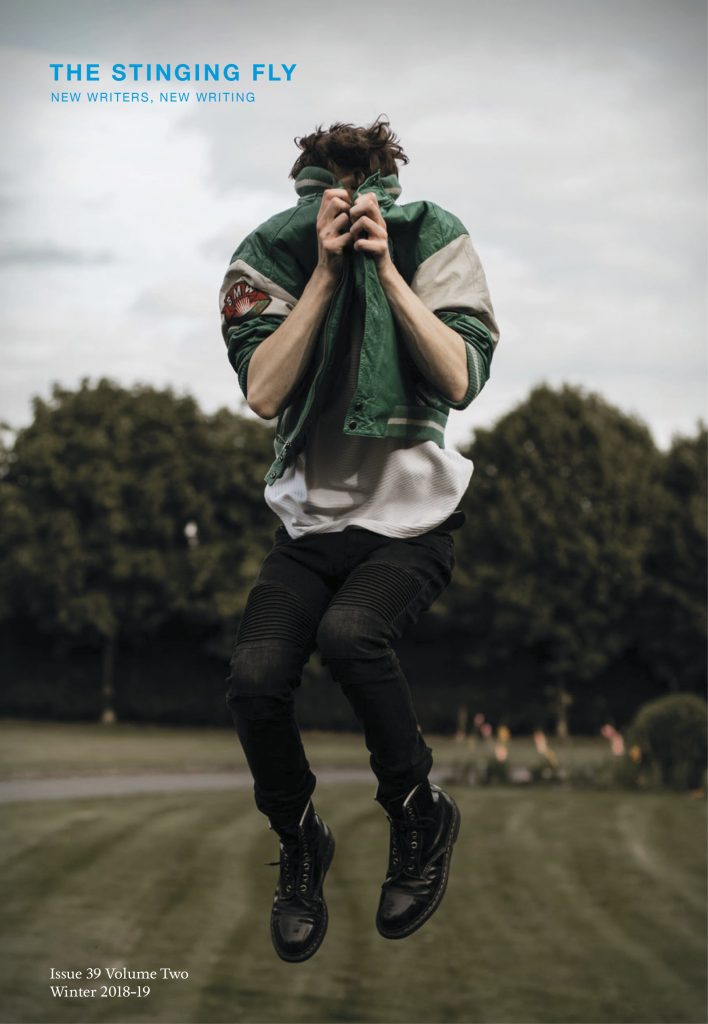 We’re throwing a bit of a party to welcome our latest issue, Winter 2018-19, into the world. Come join us in the Irish Writer’s centre on Thursday, November 29th, and help make it a night to remember.

We’re very pleased to have four contributors joining us on the night to read from their work:

All the writers will be introduced by our editor, Sally Rooney. We’ll be kicking things off around 7pm, and entry is free of charge.

Sarah Maria Griffin’s first novel Spare and Found Parts was published by Greenwillow Books (US) in 2016 and Titan Books (UK) in 2018. Her non-fiction has appeared in Buzzfeed, The Rumpus, Guts and Winter Papers. Her collection of essays about emigration, Not Lost, was published by New Island Press in 2013.

James Patterson is from Newry, Co. Down. Recent publications have included: Hennessy New Irish Writing (The Irish Times); Magma; New Statesman; and Poetry Ireland Review. In 2017 he received an ACES bursary from the Arts Council of Northern Ireland. He is working on his first collection.

Susanne Stich is originally from Nürnberg and lives in the Northwest of Ireland. She was a finalist at the 2018 Irish Novel Fair and just received a bursary award from the Irish Arts Council. Besides The Stinging Fly, her short stories have appeared in Ambit, Boyne Berries, The Incubator and other magazines. She is also a curator and filmmaker.

John Vaughan is a writer from Dublin. He studied English at UCD.

The Soul of the Piano