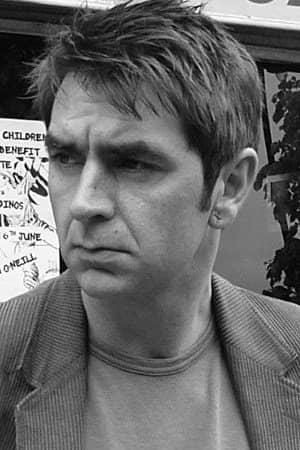 The other week, scanning the bookshelves in one of those charity shops, Dublin city centre this was, I had the uncanny experience of realising that a number of the books used to be mine. I’d moved house a few months earlier, shed a few boxes of books and here they were back again, resurfaced, broken spines, dead barcodes, some of the titles still hot and resonant of another time. I slid one out: Invisible Cities by Italo Calvino was scalded by the evidence of my past in a note I’d made in a margin, and I saw myself years back, an older younger self, still silently walking the streets of Dublin in the first days after arriving here, trying to memorise the street names, that book in my pocket.

I loitered around in the shop for as long as I could, checking out the ties, the DVDs, a red bucket full of watches, waiting to see if some punter might be tempted by one of my old books, that man with the blackthorn cane, that woman taking sly photos with her phone, and whether I would give in to the desire to follow them, the desire to end up somewhere new, out of my depth, stripped bare, ecstatic, to create a new path through a suddenly mysterious city.

But nobody was interested in the fiction shelves that afternoon. Outside on the streets I watched some men putting up posters for One City/One Book 2012 above the anti-household charge placards. This year it’s Joyce’s Dubliners. He fought the printers for the right to name names, to use the real names for real places. Johnny Rush’s, cab and car rental in ‘The Sisters’, The Shelbourne Hotel in ‘Two Gallants’, The Herald in ‘A Painful Case’, Brown Thomas’s in ‘A Mother’. This type of scrupulous realism was unheard of here and so was the guilt-laden psychological realism Joyce had learned from Ibsen.

It got me wondering about the contemporary city, and how in the writing groups I’m involved with, the question of naming always seems to come up, whether a writer should use the actual names of recognisable places. Funnily enough, it’s a question that only arises in writing about the city. A story set down the country, so to speak, is rarely as nervous about naming as an urban story. The rural story can rely on a sense of place, nostalgic perhaps, and usually created by vaguely animistic descriptive passages about landscape and weather that the city story turns away from, preferring instead to indulge in the naming of iconic sights in the city like the Spire, Connolly Station, The Grand Canal. It’s a small detail but symptomatic, I think, of a desperate straining to find a city we all share, a city we have in common, a visible city.

Maybe naming the names is not enough any more. Maybe there are so many eyes these days it has led to even more doubt about what is being seen. So many screens and portals nobody knows who is really doing the looking, the watching, or who is really browsing who? I’ve read that new writers are less interested in place than verbal pyrotechnics or that the crime thriller is the last hope for the realist novel now that the city is big enough to have a dark underbelly! Maybe, unlike Joyce, writers are wary of dealing with anything topical, having bought into the idea that literature and politics are a bad mix. Or does it just seem impossible now to capture the cultural complexity of the city, the extremes of wealth and poverty, the hybrid sexualities, the trafficking of languages.

One City is a PR touch-screen phantasy. We all have our own secret city, our private monuments and parks, graveyards and houses of pleasure, burning unnamed ley lines twisting from Clondalkin to Skerries. Maybe in our dreams it all joins up, like Calvino’s description of Zobeide, the city of desire. Founded when men from many nations came together and discovered they all had had the same dream: a naked woman running through the streets of an unknown city, each of them in pursuit, each of them losing her. These men decided to build a city just like the one in the dream but at those points where they had lost her, those intersections where she had escaped, they would make some changes, alterations, a wall here, no wall there, to prevent the woman escaping again. In time more and more men arrived and each of them made their own corrections. No one in the city of Zobeide has ever seen the woman again. Even the chase has been forgotten now.

Between April 24 and June 12, Sean will also be running a short story course, Tales of the City: Short Fiction, at the Irish Writers’ Centre. The course will focus on the challenges of writing short fiction about – and set in – modern urban environments.