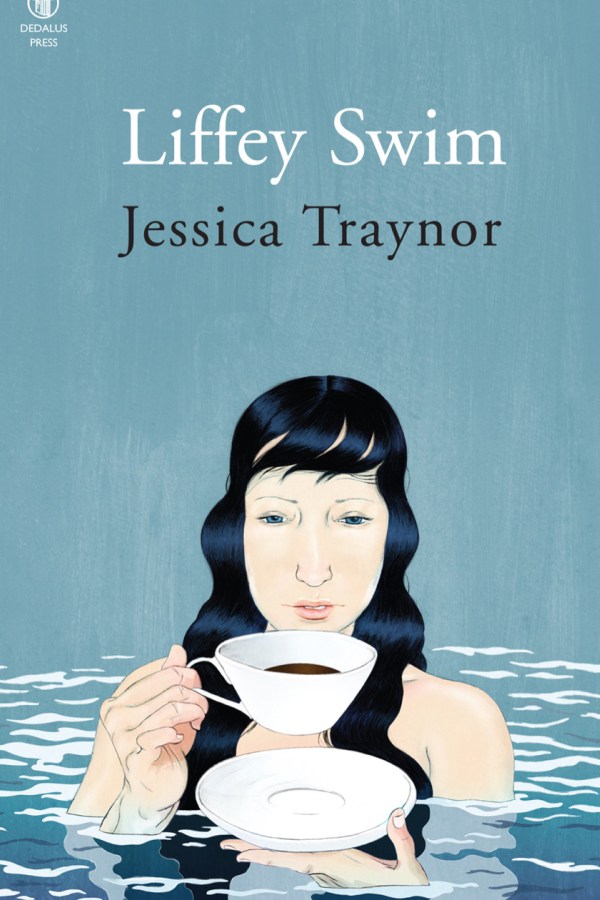 The One That Got Away / Liffey Swim

I’d rather ‘put on the tea’ with Jessica Traynor than sample ‘hand-made lemon ice-cream / at Castiglione del Lago’ with Graham Allen. A review is a sort of wager. And reviewing debut collections, it may be wiser to hedge one’s bets. But these books are preoccupied by option and risk. Their concerns are those common to first collections; how, where, and to what, should one anchor the writing self? Allen’s opening poem suggests that a start is something we make; but it is also something that we think too much about.

‘I wouldn’t start from here’

I’d start from there, or there,
or over there, or anywhere,
really, but here. You see
here is nowhere until
it’s someone’s somewhere

His are umbilical poems: pieces that feel as though they’re trying to work up to existence, like little Tristram Shandies. ‘And so he took to writing poetry / during evening meal times’, begins ‘Indigestion’. ‘I sit here, year after year, / meditative, scripting / poem after poem’, runs another.

Working through your influences is one way to get off the ground. The One That Got Away requires intimacy with Livy and Vico, Hannibal and Scipio, Virgil and Dryden, Shelley and especially Blake. (The book opens with an epigraph from John Varley’s A Treatise on Zodiacal Physiognomy quoted in Alexander Gilchrist’s Life of William Blake from 1863.) It may be ungenerous to distrust a volume for its weight of learning. It’s not always a bad thing: in ‘Sortilege’, Virgilian Lots divine the end of a relationship. But the suite of poems called ‘Lago Trasimeno’—which makes up the second half of the book—wears its allusions heavily. One might forgive the imitation of Geoffrey Hill’s Pindarics were it not for the dauntless apostrophe that occurs halfway through the sequence:

this is where we differ, Geoff, not having met,
though naïf luxuriants told me to knock,
bold as brass, decades back, ‘If you feel that way!‘,
skirting Cambridge, but not so boldly
as to knock you down.

If Allen turns to Hill’s exemplum as he attempts to versify Livy, Traynor also has one eye on the classics. Arachne lends her name to a poem in Liffey Swim, as does Persephone, who slips spinsterish down the rabbit hole to escape ‘the grease of sex in the air’. For Traynor, like Allen, imitation is a means of approaching history, geography and myth. Perhaps it’s an under-appreciation for historical verse on my part that makes her ‘Mitochondrial’—which ventures to Iceland in three sections: ‘Esja’s Saga, ‘The Viking Wife’, and ‘Hallgrímskirkja’—seem too snugly wrapped around Seamus Heaney’s little finger.

Joyce makes cameos in both of these debuts. Who on nodding terms with Irish literature would expect anything else? Allen’s ‘Revenant’ is ‘After Joyce’ and Traynor (though admittedly bashful about ‘[her] Ulysses reference’ in ‘Headline’) prefaces a haunting account of Virginia Woolf waking into despair, stones lining her pockets, with an arbitrary—or at worst tactless—quotation from ‘The Dead’. (Tactless, not only because it is a suicide poem, but also given Woolf’s difficult relationship with Joyce.) Still, Traynor more than redeems herself:

Whether you overlooked a city
shrugging sleepily from fog,
or the country’s levelling mists,
you must have seen some subtle change;
the glint of water, an inescapable river.

The reference to Woolf’s drowning is not mere window-dressing. Across Traynor’s three book sections—‘Dodder’, ‘Liffey’ and ‘Tolka’—water is how lost things resurface. ‘Liffey Swim’ dredges up a dream and turns it to tableau: ‘And there, at the edge of vision, my parents, / ready to join the swimmers, / gesture their cheerful farewells’. ‘Dodder Blackbird’ recovers its voice by deferring to animal sound: ‘it doesn’t matter that words are lost; / within its imagined corners, the world has broken into song’. And in ‘Egrets in the Tolka’, a bird’s ‘happenstance / of hollow bone’ cures the sorry sight of ‘swingsets empty / on a Sunday morning’.

Liffey Swim takes its energy from what gets lost or muffled out. In this collection, motifs of stitching or weaving—using one’s hands to tell a story that one’s mouth cannot—are often undermined. Here, those stories most intricately woven are those most likely to unravel, like the speaker’s ambition in ‘I Unstitch the Sampler’:

There is a future I have already made
and I am stealing it, fibre by fibre,
from myself.

I know that this is a world of lost chances
and cannot but regret I did not kiss you
during a half-lit summer night at Ullapool,
the silhouette sea lapping on the rocks,
the cliff-birds invisible, observant,
and explain why my desire for you
was as lonely as the Angel of the North.
The train slides into Newcastle Station
like a tape-cassette on rewind.

This almost-aubade atones for what goes wrong in ‘Plenty More’ when the fate of a relationship is matched by Allen’s doomed conceit: ‘I loved the way she smelled, after sex, / of mackerel.’ That said, this lighter vein, when his intellectual sutures are least in evidence—when he meets his precursors only as a poet rather than a poet-academic—often serves him well. When Allen is most playful, he is also tacit. ‘Here, Now, Blake’ is a good example: ‘call it Lamb-berth, call it / lamb birth, his dreams / from his bed in Lamberth, / call it Bed Lamb, call / it Bedlam, call it Bed- / Lamb-Birth, mythologize, / word play’. All is well until ‘mythologize’ attempts to raise the register, and ‘word play’ over-emphatically spells out what has been done, undoing the Muldoonery.

Spelling out too much is a frequent foible of the first collection. Traynor, stealing a march on Allen, avoids this in poems that are elegantly tentative about speaking at all. She has more fully developed a style in which to write, not about what is there, but about what is not. A dab hand with the tercet, she rarely drags her reader’s eye across three or more lines without granting it rest. Her clauses are often decorous but always accurate. Allen’s style is looser, and strives for a developmental rhythm and sense—which it achieves in ‘Great Eastern’—but often, as in his poem for Hill, involves a sacrifice of clarity and affect. That said, there is an elasticity of line and motif in The One That Got Away, a quality often undervalued in Irish poetry. The archness of ‘Zanzare’, a poem set in Umbria among ‘half-drunk cups of Limoncello’, might be the cost of such diversity. One wishes for the saving irony that allows Traynor, in her final poem, to drown Spinoza out with a blackbird. Still, in different ways, there is much to recommend in both of these books. And the nice thing about first volumes is their feel of being preparatory. (‘Zanzare’ is Italian for mosquitoes).

Joanne O’Leary is a PhD student at Clare College, Cambridge. Her thesis thinks about twentieth-century American writing, phenomenological encounter, and the socio-aesthetics of literary form.