In Praise of the M6 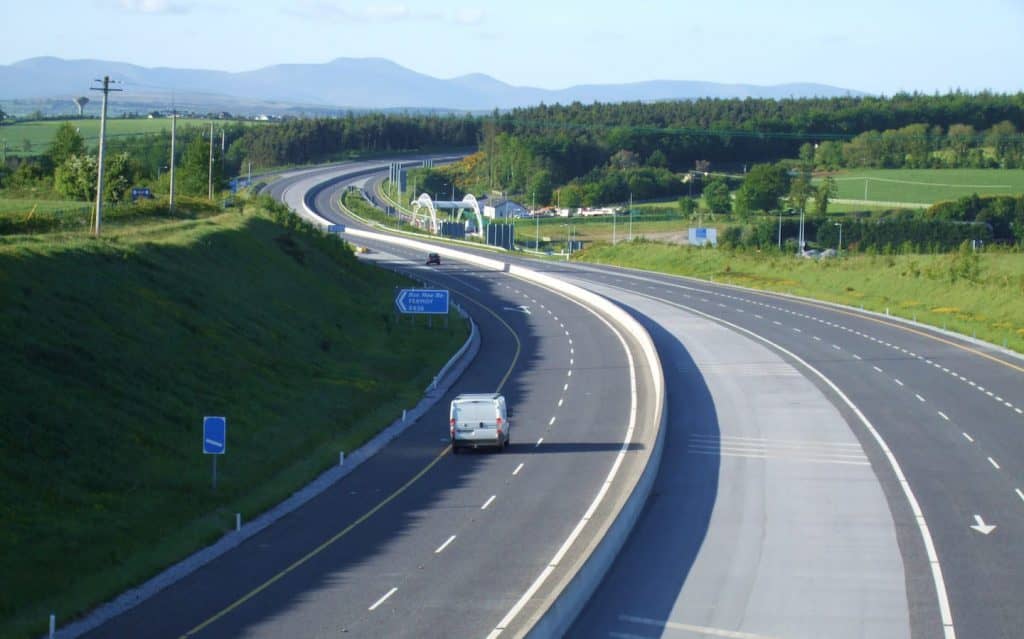 Writers stumble on ideas and inspiration in the oddest of places. We rarely seek them, or expect them; mostly they come unbidden and the surprise is never greater or more welcome than when we’re wandering in a creative wilderness. Travel has always inspired writers and for some it is essential. James Salter, in a Paris Review interview in 1992, said that travel is the writer’s true occupation and there is no situation like the open road. (Incidentally during that same interview he calculated that he’d drunk eighty-seven hundred pre-dinner martinis in his life. He’s still alive, and hopefully still tippling on martinis, so I reckon he’s consumed—ballpark figure—about sixteen thousand at this stage.)

I am not a natural traveller and the prospect of shimmering desert mirages or vast swathes of savannah or paddy fields as far as the eye can see, send me diving for cover. But cities—London, New York—these are my heaven; just to be there, just to stand on the pavement with the city pulsating all around, can leave one reeling with a profusion of new ideas. Yes, it’s the sights and the buildings and the museums and the different flow of energy, but it is more. I rarely record just what I see, it rarely works that way. Instead, the sights and the sounds and the feelings induced by the place somehow coalesce, and something—some grace—grants to these real things an unreality on the inside. Something plays on and transforms these ordinary sensory things and they emerge as images, ideas, fragments which then, magically, fit in a work-in-progress. It is hard to know the cause. But the moment is thrilling and brief and often desperate. In Barcelona a few years ago it started on the bus in from the airport and in four days—walking around delirious, febrile almost, with the pitch of it all—I gathered enough ammo to last me months.

Sometimes, it’s not even the destination. It is merely the transiting, the journey, maybe the sheer motion of the plane, the train, the vessel itself, that rumbles and jolts us and breaks us free of our moorings, before casting us up on imaginary shores. One hot August night last summer on a densely packed Ryanair flight from Spain, I had a breakthrough on the story that had plagued me for weeks—a character who had remained inert and ill-defined, bogged down in voice trouble. The plane was heaving with retirees and young families returning home—tired couples laden with infants and luggage, all hot and bothered and hungry. Music leaked from headsets, toddlers ran up and down the aisle, babies wailed from arms and the poor flight attendants leaned over me to serve up warm old sandwiches and sausage rolls before peddling Michael O’ Leary’s latest lines. And in the midst of this chaos, in this cacophony of sound, I, in my aisle seat, with fingers stuck in my ears, came, unexpectedly, upon clear thoughts and ample words and a small eureka moment and I plucked out my fingers and reached for my pen and the noise seemed to dissolve as my character walked out of the fog. What can explain the mystery, the great good fortune that subtracted the sounds that night and dropped words on my head in that hot tin can in the sky?

But it is the car that is my true psychopomp. Night driving is best, with music, and quiet roads, and the enclosed concentrated space of the car and the great blue-black dome overhead. Sometimes it’s the music that stirs—a song line from Villagers or a bar from Bach’s cello suites or Arvo Pärt’s “Spiegel Im Spiegel” can wring the heart. Daylight driving works too, and the M6 motorway from Dublin to Galway, sans bends, sans oncoming traffic, sans everything now, has enabled me to master the art of writing while driving. (OK, the notes are very brief, single words mostly, and my eyes never leave the road, honest—I scrawl in a notebook on my lap. Catch it now, Decode it later, is my motto.) So that now, even when I have to go west out of duty, when I am reluctant and resistant—especially in arid writing times—to leave my desk, there is always the solitary drive to look forward to, and the music, and the vague hope that the journey might yield up new spoils.

There is a particular stretch of road beyond Loughrea, before Oranmore, where the sky opens and the light is rare, and I think that this stretch is somehow specially appointed. Maybe it is hallowed ground, or its field forces or ley lines are more bounteous and benevolent than elsewhere, but something is different. There is a different aspect, as if it has been especially favoured by the universe. Once I cross the Shannon at Athlone I can feel its approach. I change the music. I drive into that patch of road and light and sky and something happens, a switch is thrown, something is constellated. The low winter sun blinds me and I turn up Snow Patrol real loud and press the pedal to the floor and aim for that low sun. And thoughts spill, clear and profuse, and I think and I drive and I write, and it feels as if something is being given, something from this tract of earth—from this confluence of earth and sky and vessel—is being gifted, and I am astonished, and I know then there is nothing in the whole world better than writing.

And then, suddenly, I am there, at the edge of the city, at the end of the road, at the end of something strange and marvellous and secret, and it is always too soon.