Together On One Page 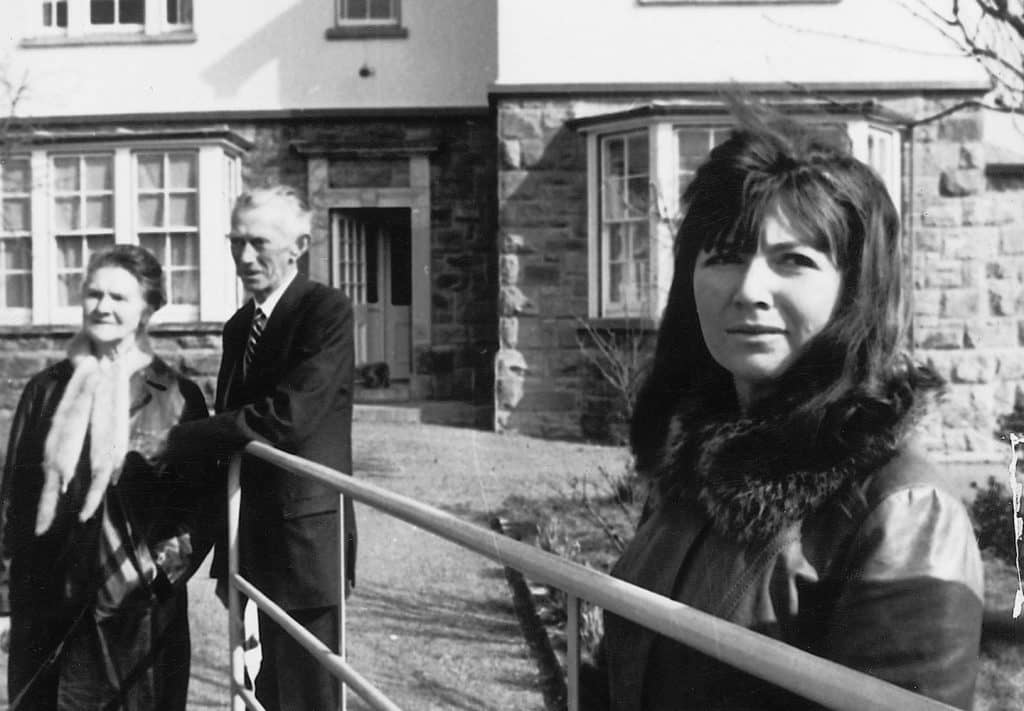 I’m not sentimental, but my copy of A Pagan Place is something I treasure. It belonged to my grandmother, K. O’Donovan, as inscribed on the flyleaf, along with her full address. (They must have been a light-fingered lot in Carlow in the seventies.) Here was a novel written entirely in the second person, with a female nude on the cover, and a blurb from John Berger: you can’t say edgier than that. My grandmother had a lively mind and a sharp tongue, and she was never afraid to use her words, so it came as no surprise to discover she was a fan of O’Brien, who writes so boldly about the lives of women. Though, as was the case with O’Brien’s previous five novels, A Pagan Place was banned in Ireland, so I did wonder when or how she got her hands on it.

It took not a little courage to begin my own novel with a chapter written in the second person. No one would want to read it, I worried. The are you sure about that? that I needed came from the author, Carlo Gébler, who is, of course, Edna O’Brien’s son.

‘One fine day in the middle of the night, two dead men got up to fight, two blind men looking on, two cripples running for a priest and two dummies shouting Hurry on. That’s how it is. Topsy-turvy. Lit with blood, cloth wick and old membrane. Milestones, tombstones, whetstones and mirrors.’

Night came about after O’Brien took LSD with R.D. Laing. She writes in her 2012 memoir, The Country Girl:

‘[H]e had sent me packing with an opened scream, and that scream would become the pith of the novel I would write. It was called Night, the story of Mary Hooligan, in nocturnal lather, her mind ravelled and excoriating, with all semblance of niceness gone. It was the dividing line in my life, between one kind of writing and another.’

Night disrupts language and subverts O’Brien’s own writing, and that of her predecessors. If in terms of setting, ‘plot’, and style Night looks back to Molly Bloom’s soliloquy—both feature a woman lying in bed, reflecting on her life and loves in a stream-of-consciousness—there are clear distinctions. Or, as I prefer, improvements. Where Molly yields once more to her husband in a breathless rhapsody of yes-es, Mary is her own mistress, and submits to no one. Here’s her response to the Duke’s marriage proposal:

‘“No Bert,” I said. I foresaw it all, the aubergine linen, the compost heap, the June, the July roses, Bridge nights, having to dress up, in gowns, in jodhpurs, in tweeds, the merry protocol. A whole new itinerary of lies and foils.’

Then there is the matter of syntax. Though all of Ulysses is written as interior monologue, only the Penelope section goes (virtually) unpunctuated, suggesting that only women’s minds are so chaotic. For Mary Hooligan to properly vent, O’Brien reduces paragraphing to a minimum and punctuates only where there is a need, but she retains a clear structure, interspersed with pauses represented by blank spaces; unlike Molly, the prose which represents Mary’s mind is ordered.

O’Brien herself cites Joyce as a major influence but, as the critic Frank Tuohy put it, while Dublin had been recreated by James Joyce, the world of Nora Barnacle had to wait for Edna O’Brien. Her achievement is all the greater when one considers the predominance of male writers in the canon which was available to O’Brien; as an Irish woman writing in 1972, she was faced almost exclusively with male representations of women.

When I heard about Eimear McBride’s A Girl is a Half-formed Thing, it sounded as if a baton had been passed, and I was both excited and nervous. I needn’t have worried; McBride, as we all know by now, was doing her own thing, and doing it rather well, but the influence of O’Brien was clearly in evidence, in style and syntax (and Girl in the title). The ground broken by O’Brien proved to be fertile, not just for her own work, but for her successors.

O’Brien had only recently been included on the curriculum in UCD when I wrote my 1994 thesis, ‘Edna O’Brien Reassessed’. (It was the dearth of women on my Trinity undergraduate curriculum that had driven me to enroll for the MA in the first place.) Leafing through it for a spot of light plagiarism for this post, I found my supervisor’s reader’s report tucked inside the cover. It outlines the strengths (and the odd shortcoming…) of the dissertation, and concludes that ‘it is especially to be commended because it breaks new ground; it convincingly demonstrates that a feminist analysis of Irish women writers is both necessary and illuminating.’

I don’t quote Professor Fogarty to blow my rusty old trumpet. Back then, as well as examining O’Brien’s work, I also counted women writers in literary journals; there were not very many. So it is disheartening when, more than twenty years after the Field Day debacle (that three-volume anthology of Irish writing which ‘forgot’ to include women), Vida counts are not so different to my own. Counting is not analysis, but it sure points to an ongoing need for it.

Meanwhile, O’Brien has been embraced by the establishment, and her place in the canon of Irish literature is firmly assured. Her new novel, The Little Red Chairs, has been hotly anticipated for months (not least by me). However, the establishment did not treat her well in the past, and one suspects that she isn’t overly concerned with canons. In ‘A Woman in Transit’, O’Brien’s contribution to the London issue of The Stinging Fly earlier this year, she notes that while she imagined being ‘initiated into a magic literary circle’, she knows now that ‘the only lasting magic is through language’. And the magic is there in her novels and short stories and other writings, in spades.

When she returns to the Pavilion Theatre in Dun Laoghaire next week I’ll bring a new copy of Night (reissued by Faber & Faber last year; mine is coming apart at the seams), along with my battered A Pagan Place, so that if she’s signing, I can have Edna O’Brien and K. O’Donovan together on one page.

Paula McGrath lives in Dublin. Her first novel, Generation, was published in 2015, and A History of Running Away, her second novel, will is forthcoming in June 2017 (both John Murray Press). She has a background in English Literature and is currently a doctoral student at the University of Limerick. She received an Arts Council literary bursary in 2016, and was recently Irish Writers Centre Writer-in-Residence in St Mark's Cultural Centre, Florence. In another life, she was a yoga teacher.

Your Star Is In The Ascendency