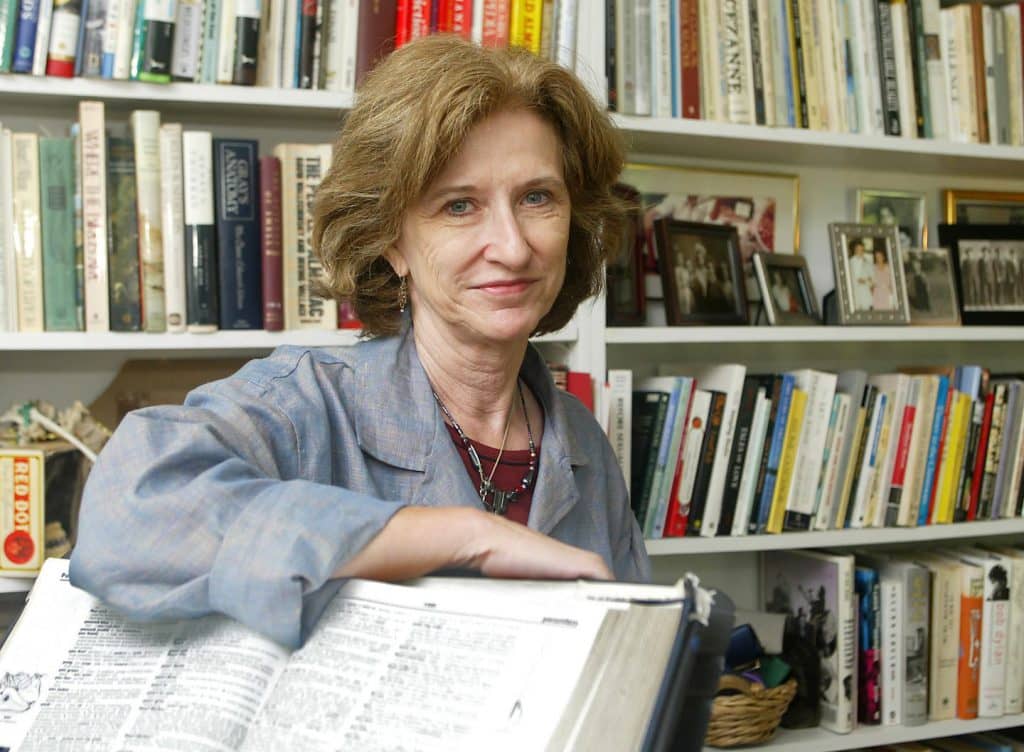 Enigmatic, real, humble, steely, true – I can hear her voice – Arkansas never left it – the Ozarks – dusty, modest, quiet, and fierce at times – the poet Joseph Lease introduced us, when I was a student at Brown – black box readings on campus, MFAers, visiting poets – Lu Fu, Bernadette Mayer – my career as an athlete had come to an abrupt end, and I gave myself to poetry – C.D. and I worked on something the college allowed: an independent study – I would write poems, she would read them – we would meet – just the two of us – no workshop – once a week. What a gift to a young poet. Living on campus, editing Clerestory, the college magazine, making poems. Her wit was dry. Tea in the café, or her office – sometimes she read a poem of mine aloud and re-spoke it – omitting articles, creating elisions, and ellipses – there was no show about this – as if she were casting a spell out of the words, from the words – she had that kind of ability, that kind of magic – I left the office one time, wondering how she had done that, whatever she had done, no pencil mark on the page, no ink, only her voice casting its light and shadow through the words. No surprise the title of one early collection – Translating the Gospel Back Into Tongues – lending mystery to the world again, going back to some other source. Poets she spoke of: Gertrude Stein. Frank O’Hara, whose brother was pointed out to me one day while working on campus.

I had just read Further Adventures With You. She was reading, the Waldrops, Forrest Gander, her husband. The book was old as far as she was concerned, not what she was about anymore. That was the thing about C.D. – always moving forward – there was that visceral, erotic, and protean muscle in/of her poems – slipping from the physical, to the abstract, to the spiritual and back again, enveloping them in one, making of the mind’s flickering perceptions form and stuff – meat and tissue – for the poem. That was what mattered. One book so different to the next. Shape-shifting, re-invent-atory. There was a class she taught on the American Ode. We chose a poet, presented. It was going to be great, she told me. Fun. But, in her low-key kind of way. It was. One student, Henry, trying to make the best of his report on Mei Mei Berssenbrugge – became stuck. To unstick himself, he called directory enquiries, found Berssenbrugge’s number, and called. She was out, but her partner was there, and Henry proceeded in his report to tell us what the partner thought of the poetry, which was all provisional – when it was received, the presentation, was hilarity, good humour, praise. That is what the class was about after all – the ode, and all the praise it could conjure.

There was Frank Stafford. Three bullets to his heart. Talk, mostly not from C.D., about Frank’s huge poem ‘Battleground Where The Moon Says I Love You’, and from others about her love affair with him. So there was lore, tradition, counter-culture – danger. I worked in the library at Brown and before any new title of poetry went onto the shelves, it went first onto my make-shift desk behind Circulation where friends, peers, teachers would stop to say hello, especially when they left me to the grave-yard shift. C.D. was always kind, generous, supporting, gracious and encouraging. I left Brown in ’95, after she had written me my letters of recommendation, wished me well, supervised and oversaw the final poems for my dissertation – On the Way To Three Rock. She believed in my mettle.

After one detour, and then another, visits to AWP, drinks, talk of this and that, I saw her at POETRY NOW, in Dun Laoghaire some years later; we talked about Brown, poetry, teachers, and friends. I reminded her of what she had once said to me. It was one of our first meetings. Whatever I had shown her, whatever I had made, she said: One Seamus Heaney is enough for this world – by which she meant, not didactically, she was never so: Try to write your own poems, not someone else’s. And then with laughter: ‘And for God’s sake, don’t repeat that here. Don’t tell him I said that.’ It was not such a bad thing to repeat. What made C.D. special was that she lived a life where poetry was central, not separate to her life as wife, lover, mother, teacher, and professor. ‘I am looking for a way to vocalise, perform, act out, address the commonly felt crises of my time. These are spiritual exercises.’

I’m saddened by her passing, grateful for her example, for her integrity, and most of all for her poems.

Together On One Page