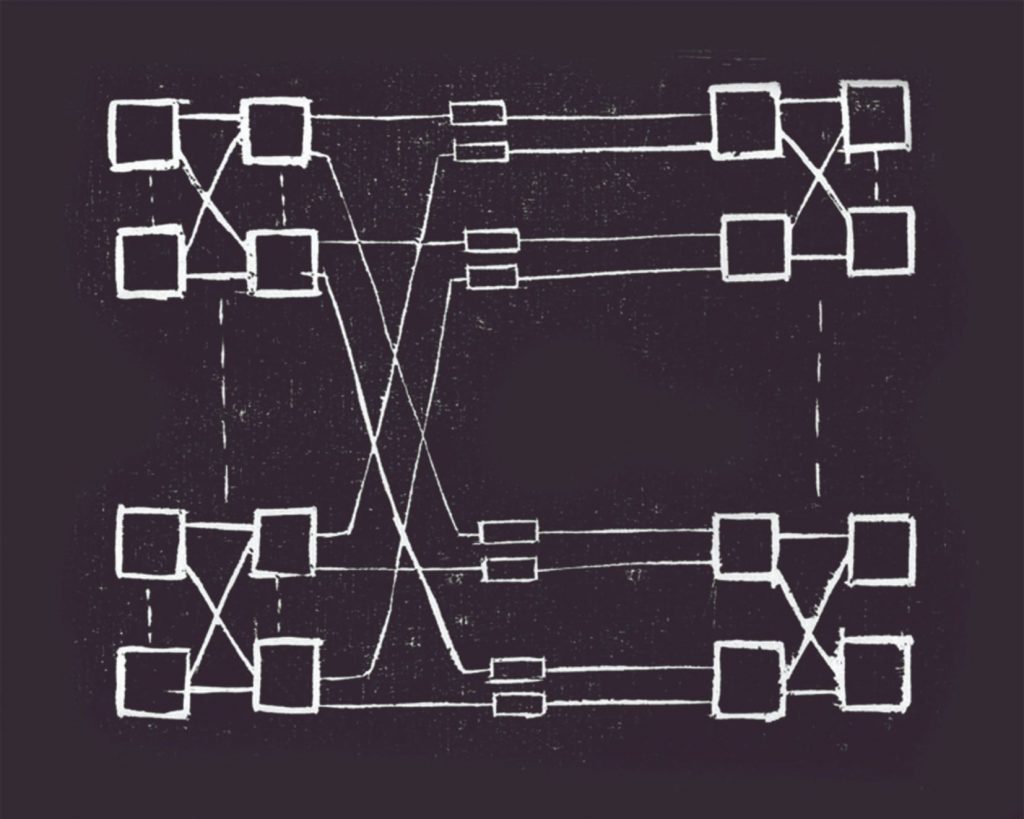 We started the Stinging Fly Fiction Workshop in 2009. The model was the traditional writing workshop, pioneered by the Iowa Writers’ Workshop in 1936, moving to Britain in 1970, and the first postgraduate course in Ireland with the launch of Trinity’s MPhil in 1997. We had notions of giving people outside the university circuit the same chance to have their work read and discussed seriously by a group of other writers. The workshop would involve a group of ten people, chosen on the basis of work submitted, gathering together in one place to try to talk about writing, having arranged the furniture into some kind of circle. Four deadlines for ten writers over a six-month duration. There would be no writing prompts, no talk of how to get published, no reading list; just the work offered up for discussion; the draft, which would be read closely by everybody beforehand. And there would be a leader, teacher, anchor, facilitator – the right word has never stuck.

This model has persisted until now, 2020, when a blockbuster sci-fi contagion plot which might have been sniffed and coughed at in a literary workshop a few months ago has danced across the genres and social discourses and jumped right into our mouths. The years in between have seen a quickening expansion of the creative writing industry in this country; it is now possible to study creative writing from undergraduate right up to PhD level. Many of the people applying for our course these days have a Masters already or they are thinking of doing one. They will have already had experience of a workshop; they want more of it.

With social distancing set to be with us for the foreseeable, the six-month Stinging Fly workshop will be postponed for the time being, at least in its current form. Who knows when eleven strangers, some coming from different parts of the country by bus and train and car, will gather in a room again for two hours on a Monday night in the Irish Writers Centre in the heart of Dublin? Will we need a bigger table? A bigger room to fit it in? Will we have to wipe down the chairs? Will our state-supplied masks hinder the discussion, will our eyes fill with panic if someone asks to borrow a pen or slides their handwritten notes across the table? Is your short story worth the risk of poisoning your mother? And who will be able to afford it in a long recession anyway?

When I ask these and other questions of people, Do it online, they say much too quickly. Everybody’s at it. Keep calm and hit enter. AA works online. Even the sacrament of confession. And I groan and say, It’s not that simple and they groan too and ask, What’s so special about discussing someone’s bit of writing that you can’t do it remotely through your screen? Surely it’s just a matter of telling somebody their dialogue is lame or they should try writing longer sentences. Or whatever. Sure wouldn’t it be easier not to be in the room with them if you had to be very critical?

They have a point. Why is the idea of people linked online different to them being together within the same four walls? What, if anything, might be lost? The writer and teacher Rick Moody was wondering about these issues recently in the New Yorker. He teaches at Brown University and like every other lecturer around the world, when people were told to stay at home, if they had one, he was advised to finish the courses online, at a distance. He was worried the product, the learning experience, would be inferior. As opposed to economics or physics, “The literary arts”, he argues, “are more about a human in a room feeling something, expressing it, and the other humans listening, and ideally, feeling similarly.” Distance learning might be the only option at the moment but Moody thinks it is a “hastily arranged experiment” and might not be the best way of promoting what he calls, desperately enlisting the vocabulary of liberal humanism, “the invention of compassion.” Maybe Rick just couldn’t tell you what guarantees the superiority of his up-close classroom product, never mind his quaint idea that expression always comes after feeling.

From an Irish perspective, one of the problems with trying to answer this question is that there is very little discussion in this country about what goes on in the writing workshop, what is good practice or bad, and how or whether it can be assessed. From the teacher’s point of view, there is a scarcity of pedagogic theory. As someone who has been teaching for years, I have had no more than a handful of informal conversations with other teachers/facilitators/tutors – whatever you want to call them. You simply have to make it up as you go. It is as if we are immune here to the critical debates happening elsewhere about the value of the literary workshop or rather the values it tends to enforce. Maybe the argument over whether creative writing can be taught is a distraction from another question – whether the teaching of creative writing can be taught, or should be?

The potential long-term disruption to the traditional workshop model is a shock to the system but it’s also an opportunity to reflect on how far we have come since that first night in 2009 and to ask what role can technology play in the future. The Stinging Fly had not offered online courses before now. There may be a generational bias behind this digital reserve but the deeper reason is a belief in the workshop model, an unquestioning faith in the sheer physical experience of it, the sticky empirical reality. The vital contribution to the talk about language and desire from what PJ Kavanagh called “the five simple doors of sense.” For me, it involves the journey there on foot through the Dublin streets, Dame Street on a balmy November evening, a March blizzard on O’Connell Street. The noise, the hassle, the walls of wide-eyed windows. What you might see on the way which may change what you had been planning to say about a piece of work. It is the destination, the same destination every week, an old building, reddish, brownish, russet, greenish some nights, the last deep breath on the steps, the buzzer which allows you inside onto deep blue carpet. It is the staff – one of whom must wait – and wait – until we are finished to lock up. The ascent by creaking staircase. Our bodies, one by one, thickening the fug in the room. The eternal mystery of which chair tonight. And what we’re wearing this week, this season, wrapped up against the cold or with the windows open to a breeze from the sea. Our vulnerability, our resistance. We have made it there again, we resume, try again, these feverish bodies which host the cold words.

The workshop is a site of action. Locus for collaboration. Community. It is an event. And an event happens in a place and time and there are others involved in it, and there may be different opinions on whether it was a good event or not, and how it ends can never be known beforehand. It is often messy, often surprising. Sometimes it is chilling, like a forgotten magic. It can go wrong. The table can seem to vibrate and revolve or it grows hard and unforgiving like we are a jury who can’t even agree on the crime committed. The table is the object which controls us, distributes us and which serves us. A faceless clock with us marking out the hours. It is a dissecting table, a nature table, a birthing table, a slab. It is a cage, a cellar door, a dark basement. A frozen sea, a well, an oval lake haunted by old monsters and in which we catch glimpses of new hybrid forms. It is a mirror for our courage in being there, an implacable eye on our secrets. It is the firepit in which we throw our defensive clichés, our stock responses. It absorbs us. It deflects us. It is silent as the past. It may very well outlive us. It teases and mocks us into orgies of transference. It is scratched and stained by ritual. And placed around it we are witnesses to the first stabs, the half-cooked, the awkward, the original decisive strokes at the hidden.

Obviously, this cannot be reproduced online. A remote workshop will be different from a face to face encounter. But how will the diminishment of physical presence, of the being there, affect the nature of the talk which goes on, the struggle with the text? Will the loss of the human circle mean a weaker skirmish, a more rehearsed, more rationalised style of communication, one which is more about information exchange and quantifiable outcomes? Personally, as the kind of teacher who thinks attending a workshop involves a certain type of emotional risk, my worry is that physical remoteness may mean more reserve, more defensiveness against criticism and the students’ work will not develop. Nevertheless, it is not beyond me to wonder if there are other ways of helping people expand their ideas of what writing can be and the part of themselves which wants to do it.

Maybe the answers to these questions are to be found in the students themselves, in what they want from a course they pay for. They may be disinclined to risk of any kind. It seems that during the lockdown a lot of people turned to online courses who might have normally preferred what they were used to, the room, the teacher at the front. Perhaps the lockdown has hurried along a change in relationship between teacher and student, a further empowering of the student, a greater stress on the needs of the consumer-student and their conception of what education means these days. The Irish Writers Centre reports a big appetite for their new online courses. The medium is the message after all. New technology meant to overcome distance erodes the liberal humanist principles of arts education as quickly as they create staggering possibilities for the extension of communication. As people get more and more used to the disembodied togetherness, the old notion of the literary workshop may be displaced from its position as the standard for literary critique. Younger people especially may argue strongly for the quality of experience they can find online in networked screens. And of course if people do not physically have to attend a workshop in Dublin or anywhere else, you could argue that a more diverse body of people might have access to it, nationally and internationally, and let’s not forget it would cost less too. The Stinging Fly Summer School 2020 is a first attempt in this direction. As teachers and students of writing this time away from our collective table is a chance to ask what really happens in a literary workshop and if there are other means to the same end. Every act of communication, digital or skeletal, blows a hole in the conspiracy of the future.