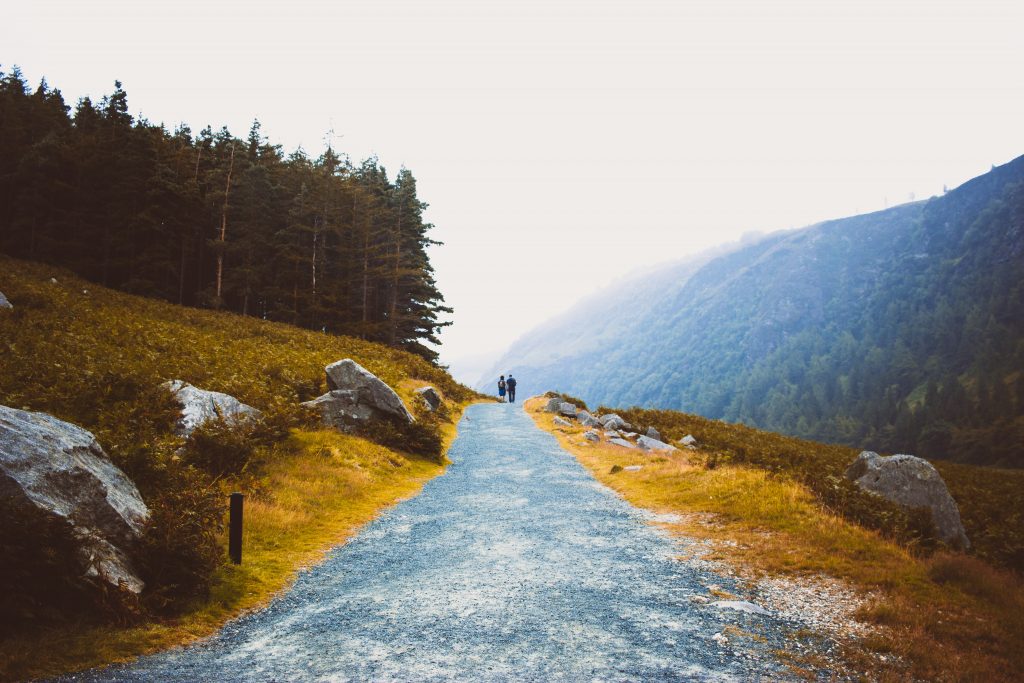 My son wonders aloud if there are whole communities of people who live in the letter O, who listen to me read stories to him at night. Do you think their houses shake when you make the oooo sound, he asks? Do you think the people in the little O read stories too? His primary school teacher describes his still-forming brain as avant-garde in a report. My delight shivers with the fear of this acknowledgment: always trying new things, all the aborted attempts on the way to discovery, the pain and glory ahead for him. The excitement. What do you think? he says, and I tell him the only answer I have. I don’t know.

My youngest is behind with his reading. In some awful cosmic joke, the writer’s son is slower to read than everyone else. There are concerns about his literacy, he is missing targets, is not a fluent reader, his handwriting is poor. He tells me he is frustrated because he has all the words in his head but not on the page. I tell him to be patient, it will come. Like the writing, Mama? he says. I let him fail and succeed at his own pace and he reminds me to do the same. We read every day. We always have. Books at bedtime, but now during the day, an hour of quiet: they read, I write. I am worried about him, but I try not to force it—it will click for him—I reassure myself that this is the best way to deal with this. He is not a problem to be fixed, every child does things at different times. Today he protests, wanders into my office and draws his arms around me and asks me to read to him. I stop writing. He sits on my knee and we open his book, The Last Bear. I don’t always make time, but today I do. Afterwards I click open the document on my computer screen and he asks have I finished my book, then reads the words on the screen aloud with ease: the title, my name, the publishing house, and kisses me. This moment is today’s success.

Other days I shout and tell my son that I am working. Other days I am sad. He can see it. He asks me why writing sometimes makes me cry and I tell him I don’t know, but I’m trying to figure out how to be in the world. We jump for joy when good writing news comes in, already he knows the sound of my happiness. Happiness for myself or for others, he hugs me close and asks me about the source; which writer friend; what has happened; did they win a competition, get a story accepted in a prestigious journal, secure a publishing deal? He already knows the lingo, an eight year old with the literary nous that some writers twenty years his senior would kill for.

I shut the laptop.

We go to the woods.

There is nothing else for it.

The next day we read again, homework. My son hesitates over a word, a word that he had before, that he cannot recognise now, sounds it out, it’s not quite right, it’s almost the word, almost. He sighs and throws his head back, book on the floor. The rejection has been swelling in my head, it hurts. I missed out by a fraction. There is no explanation enough to soothe the loss. Later, I read again the nice words politely telling me how close I came. It stings less, the feedback is positive about my new work. I didn’t notice that the first time I read the email, it didn’t register. I recognise a change in me.

Just a year earlier, I would not have sent out new words, not submitted to this potential rejection, too shy with my ambition, safer to ignore the opportunity. Limited myself. Now I pick myself up. The way I tell my sons to. I tell them to keep going. I tell them that I will always be trying to match my craft to my ambition. On a different day, at a different time, in a different mood, I might tell them something else. In exchange they remind me to be free. To find the part of me that sat on tea trays and went careering out the window pane, the girl that couldn’t stop, had to go clean through, break the glass, her skin, just to see what it felt like, to see if she could do it. They make me forget the broken glass and telling off. They remind me that there is fun in getting it wrong, the bravery it takes to try again, the possibilities. That success is fluid. Failing is living. Electric with want. Bloody knees and sinewed dreams stitched together before we could even name them.

It hurts to struggle, to reach for things that you might not yet be able to reach. More often than not, I am thankful for the things I do not get. But often I am not good enough. Enough. Such an interesting word. When will I be enough? All I can do is keep writing, keep meeting my ideas and my words with an openness that I encourage in others and struggle to find in myself. I must pay my creative taxes, show up for my work. When I can, and especially when I feel I can’t. I’m learning to foster a new type of literacy, to see progress in myself as an artist, in my writing, and in my attitude.

My son sighs again and I meet his sigh with my own. I pick up the book and ask him to try one more time but the word does not come. Read the next one, I say, we’ll go back. He does. His fingertips underline phrases as he sounds out the letters, making connections, creating language, fixing mistakes, being brave, trying to get to the end of the sentence. It’s all I can ask of him and myself. We get to the end and we start again.

To quote Harry Styles, ‘You know it’s not the same as it was’, so it goes that my son is reading pretty well now (definitely British pop star level) because the thing about children is, they change. Perhaps it’s a reminder to us all that change is the only constant. In all the joy of getting work out I got carried away, saying yes to publishing this piece before remembering to ask my now nine year old’s permission, because that’s the kinda house we are living in, we try to discuss all the stuff—big, small, artistic. And while we don’t always succeed in being the people we want to be—who does?—I still felt I should ask if it is okay to send this story—with him and me in it—out into the world.

So we talked about it and he read some of it. We had the chat about what resilience meant. We digressed onto The Beatles. We’ve been watching little bits of The Beatles: Get Back series most evenings and we’ve all become mildly obsessed with how the band made art, songs, melodies, the act of creating. My son muses that he might assemble words and music and sounds altogether. He has named his band that doesn’t quite exist yet arcs. It’s just him and his brother. He thinks they might call their album, ‘Our turn is now’. He plays everything by ear and creates little melodies out of nothing. And it isn’t so much him talking about a dream but more of a feeling that he wants to try out this way of expressing himself. That he might try. It’s the trying that’s the thing, I think. It’s as simple and complicated as that.

Olivia Fitzsimons is from Northern Ireland and now lives in Wicklow. Her debut novel The Quiet Whispers Never Stop is published by John Murray.

How Do You Know Them?