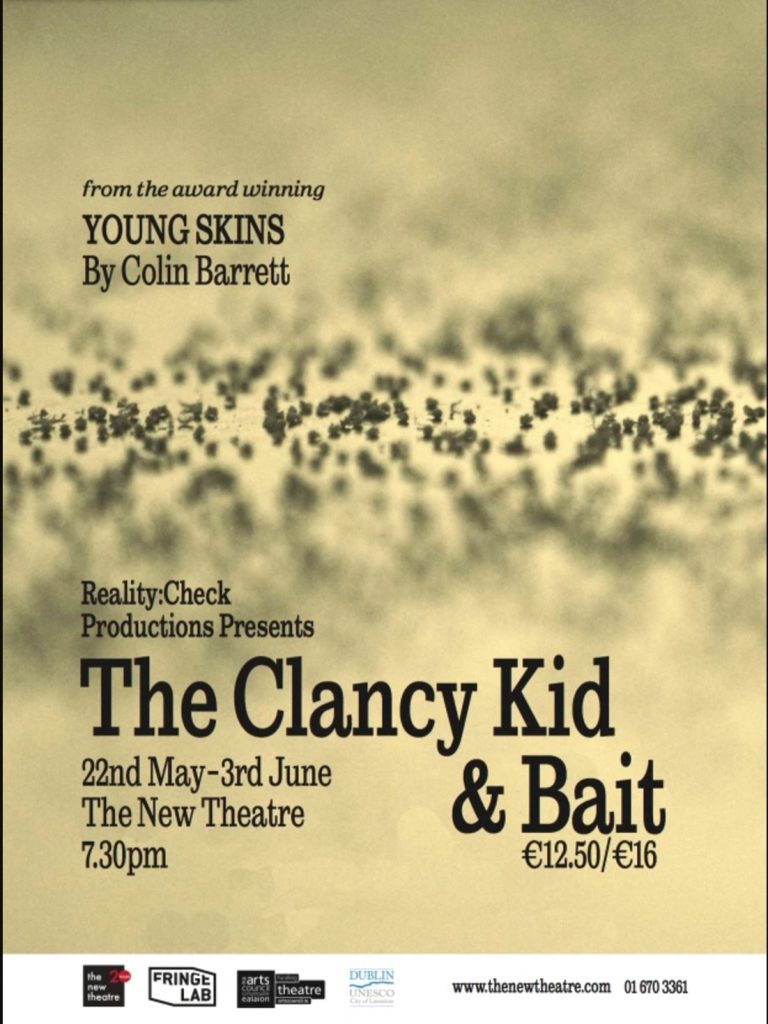 Two stories from Colin Barrett’s debut collection of short stories, Young Skins, have been adapted for the stage by Reality:Check Productions. ‘The Clancy Kid’ and ‘Bait’ will receive their world premiere at The New Theatre in Dublin’s Temple Bar from May 22nd to June 3rd.

‘The Clancy Kid’ and ‘Bait’ feature Stephen O’Leary and Killian Coyle in the lead roles, directed by Ciara Smyth. Shane O’Regan is the producer.

Reality:Check Productions is a young, Dublin-based theatre company, committed within their programme to rediscovering and reimagining contemporary classics for a new audience.

“Colin Barrett’s sentences are lyrical and tough and smart, but there is something more here that makes him a really good writer. His stories are set in a familiar emotional landscape, but they give us endings that are new. What seems to be about sorrow and foreboding turns into an adventure, instead, in the tender art of the unexpected.” (Anne Enright)

“Language, structure, style – Colin Barrett has all the weapons at his disposal, and how, and he has an intuitive sense for what a short story is, and what it can do.” (Kevin Barry)

“Colin Barrett is a young man in the town of the short story, but it’s fair to say he has the run of the place. This is a joyously fine collection, crackling with energy and verve, fit for the back pocket of anyone who loves a good story well told.” (Jon McGregor)