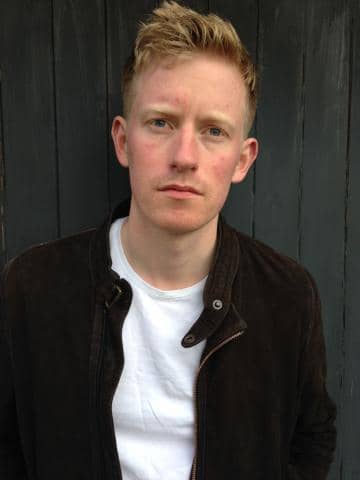 We are extremely happy to announce that Colin Barrett has won this year’s Frank O’Connor International Short Story Award for his debut collection Young Skins.

The €25,000 award is the single most lucrative in the world for a collection of short stories. Organised by the Munster Literature Centre, it is co-sponsored by The School of English, University College Cork and by Cork City Council. Previous winners include Haruki Murakami, Edna O’Brien, Ron Rash and Yiyun Li. To win this year’s award, Colin fended off stiff competition from some of the form’s most high-profile practitioners, including Lorrie Moore, AL Kennedy and Ben Marcus.

Responding to the news, Colin said:

Consider me knocked splendidly sideways. It’s a bewilderment and honour to be awarded the 2014 Frank O’Connor prize. The shortlist was superb, and the role call of previous winners – including living legends like Edna O’Brien and Haruki Murakami – is humbling. Many thanks to those who helped me along the way, especially the Stinging Fly Press, who first published Young Skins and were instrumental in its creation, and a deep thanks to the judges, the organisers, and to the Munster Literature Centre for continuing to care about the short story.

How dare a debut writer be this good? Young Skins has all the hallmarks of an instant classic. Barrett’s prose is exquisite but never rarefied. His characters – the damaged, the tender-hearted and the reckless – are driven by utterly human experiences of longing. His stories are a thump to the heart, a mainline surge to the core. His vision is sharp, his wit is sly, and the stories in this collection come alive with that ineffable thing – soul.

We published Young Skins in September 2013, and it was published in March this year by Jonathan Cape in the UK. It is set to be published in the United States by Grove Atlantic in March 2015, and in translation in the Netherlands by De Bezige Bij, in November 2014 and in France, Editions Rivages in 2015. DMC Film, the production company set up by Michael Fassbender and Conor McCaughan in 2010, are optioning ‘Calm With Horses’, the collection’s longest story, for a feature film release.

Patrick Cotter, the director of the award, said:

I’m grateful we can continue to offer this lucrative award in difficult economic times. Huge kudos to Cork City Council and UCC for supporting this unique award into its tenth year. As a life-long lover of the short story form I’m delighted the award is going to a brilliant book, but as an Irishman I can take special pride that a book by a new, young, genius Irish writer can hold its own against the best in the world and win the award in this milestone year.

The award will be presented to Colin in September at the closing of the Cork International Short Story Festival, the world’s oldest annual short story festival.

You can buy a signed copy of the original paperback edition of Young Skins here.

The Alsatian of Milan