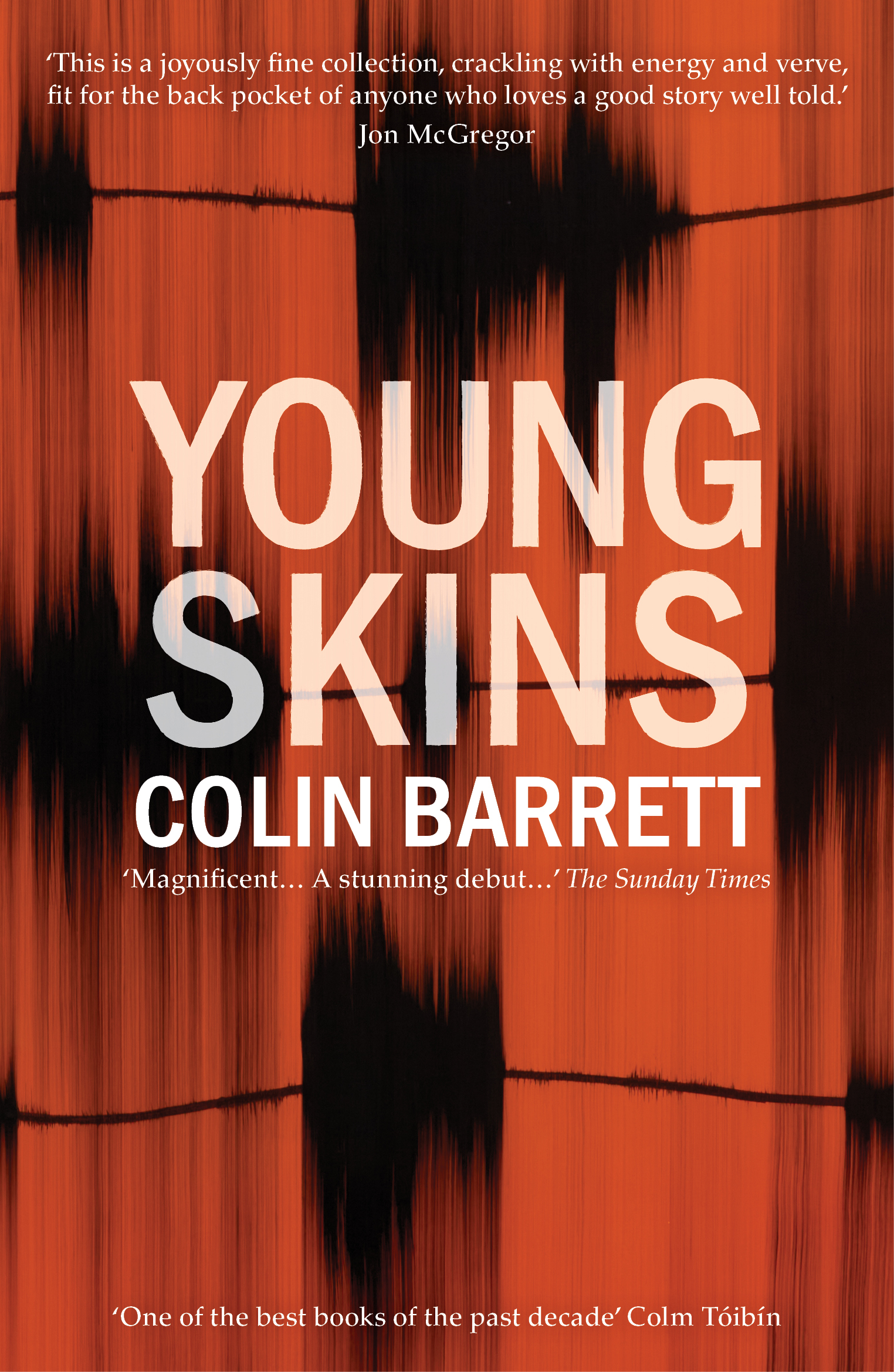 Young Skins knocked me on my ass. It’s moody, funny, vibrant and vivid. It’s beautifully compressed and unafraid to take a bruising or lyrical leap. Colin Barrett has, as they say, talent to burn…

Winner of the Rooney Prize for Irish Literature

A recovering addict drifts closer to the oblivion he’d hoped to avoid by returning to his home town; two estranged friends hide themselves away in a darkened pub, reluctant to attend the funeral of the woman they both loved; a bouncer who cannot envisage a world beyond the walls of the small town nightclub his life revolves around.

Set for the most part in Glanbeigh, a small fictional town in County Mayo, the stories in Young Skins deftly explore the wayward lives and loves of young men and women. Published internationally and translated into several languages, Colin Barrett’s singular debut collection has been universally celebrated for its vigorous prose and ambitious storytelling.

‘Barrett’s stories invite second readings that – the mark of really good work – seem to uncover sentences that weren’t there the first time around… Chekhov once told his publisher that it isn’t the business of a writer to answer questions, only to formulate them correctly. Throughout this extraordinary debut, but particularly in the excellent stories that bookend it, Colin Barrett is asking the right questions.’
—The Guardian

‘Barrett does foundational things exceedingly well – structure, choices of (and switches in) perspective – without drawing attention to them. These are stories that are likely to be taught for their form… His judgment is better than authoritative; it is imaginative and enlarging.’
—The New York Times