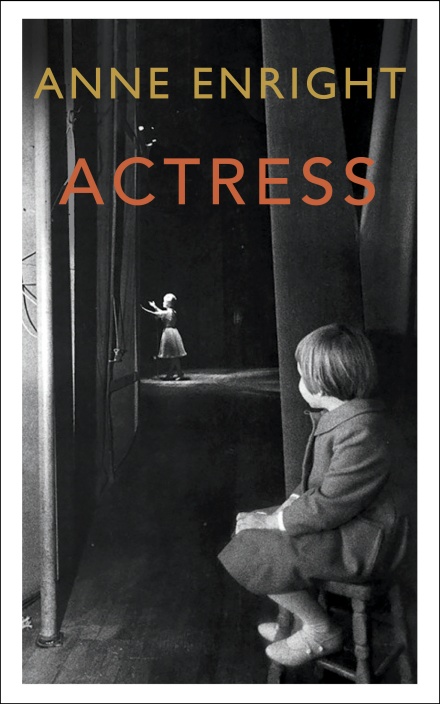 Ruminating on the topic of success and failure in a 2013 Guardian piece, Anne Enright notes:

The sad thing is, when the flash bulbs do pop and fade, you are left, in the pulsing after-light, with a keen sense of how unhappy people can be with what they have achieved in life… And you come to appreciate the ones who have figured all that shit out. Meanwhile, and briefly, you are a ‘success’, which is to say an object, whether of envy or acclaim.

Enright has achieved major international acclaim. In 2007 she was the first Irish woman to win the Booker Prize, for her masterful novel The Gathering. She has also won the Irish PEN Award for Outstanding Contribution to Irish Literature, the Rooney Prize for Irish Literature, the Royal Society of Literature Encore Award for Best Second Novel, the Andrew Carnegie Medal for Excellence in Fiction, the Irish Book Awards Novel of the Year, and the Kerry Group Irish Fiction Award (twice). From 2015 to 2018 she served as the inaugural Laureate for Irish Fiction. Her early experiences working as an actress with Dublin’s Rough Magic Theatre Company, and as a television producer and director for Ireland’s national broadcaster RTÉ, inform her genre-bending storytelling. Her writing is imbued with caustic wit, lively dialogue, and vivid historical detail, and it fuses filmic techniques with post-modernist fragmentation to examine the construction and performance of identity.

Enright’s highly inventive debut novel The Wig My Father Wore (1995) is a surreal depiction of family, memory, and pop culture through a televisual lens. Twenty-five years later, her seventh novel, Actress, portrays the after-effects of stardom for an ageing legend of stage and screen, as relayed by her daughter. In this book, Enright shifts from the epic family saga of her previous novel The Green Road (2015) to an intimate study of a fraught mother-daughter relationship. However, the historical and geographical scope of Actress remains capacious; for it traces the bohemian life and enduring legacy of the protagonist, spanning from the 1920s to the present, and ranging from Dublin to Galway, Broadway, Hollywood, London’s West End, and back again.

Actress is a Künstlerroman in the guise of a biography. The narrator, Norah, is a writer who pieces together her late mother Katherine’s story in an attempt to know her better. Nevertheless, in death as in life, Katherine continues to elude her daughter because she does not belong to her. Rather, she is an object constructed by the crowd for public consumption. The character Katherine O’Dell (née FitzMaurice), ‘the most Irish actress in the world,’ is reminiscent of another famous Irish redhead, Maureen O’Hara (née FitzSimons), the ‘Queen of Technicolor’ and a Hollywood favourite during its golden age. Dublin-born O’Hara began her career in drama, joining the Abbey Theatre aged just fourteen. Born in London to a family of touring players, Katherine also becomes a child actor, travelling around the island of Ireland with a ragtag troupe: ‘“The stage chose me, you know,” is what she liked to say.’ Norah describes how the budding actress ‘was a useful girl. She had no choice… She learned the early art of “looking like a gawm”, because that was all that child actors did on stage, she said, or serving-maids.’ Later, Katherine’s parents send her to school in Galway in the west, a place she associates with the ‘real’ Ireland.

In the novel, Katherine O’Dell functions as a cipher for Enright’s exploration of stage Irishness. When she comes of age, Katherine is discovered in post-war Manhattan as part of the original cast of a hit Irish play that is booked for an extended American run. Norah recounts, ‘she would take her mother’s surname, Odell, for the stage and this was Irished into O’Dell in America, when she was twenty years old. At which point, her hair turned red with nostalgia for the old sod.’ Katherine gets an American agent named Eddie who forces her to dye her hair flaming red:

Katherine looked in the mirror and saw ginger, a shade so derided by the girls at school in Connemara, it would make you weep. You would rather die than be ginger. She was not sure why. It was something to do with living in a ditch and also with incest, it was more than just dirty, it was epic, and though she did think it suited her pale skin, she still cried and cried. ‘Auburn,’ said Eddie again, then he gave her the America speech.

Similarly to Maureen O’Hara, best-known for her star turn in the film The Quiet Man (1952), a paradigmatic Irish-American fantasy of Irishness, Katherine plays stereotypical colleens. Norah remarks, ‘My mother was a great fake. She was also an artist, a rebel and a romantic—so you could call her anything you like, but you could not call her English, that would be a great insult. It would also, unfortunately, be true.’ Katherine hides her origins as a second-generation Irish immigrant born in England for fear that this information would ruin her image.

The epigraph to Actress features a quotation from Marcel Proust’s In Search of Lost Time (1913–1927): ‘the more I applauded, the better, it seemed to me, did Berma act.’ In Proust’s novel, ‘la Berma’ is an actress renowned for her performance of the lead role in Jean Racine’s Phèdre, a seventeenth-century play based on the Classical tragedy Phaedra by Seneca. Proust illustrates how the meaning of la Berma’s performance as the eponymous queen is influenced by the expectations of the narrator, who regards himself as ‘le centre du théâtre,’ ‘the centre of the theatre,’ around whom the production revolves. Proust’s masterwork meditates on the tension between the real and unreal, as perceived through subjective experience. Hence, the unnamed male spectator-narrator at the centre of Proust’s text projects his preconceptions of la Berma and how she will play Phèdre onto the actress before her performance begins. With a wink and a nod to Proust, Enright places the female spectator-narrator Norah at the centre of a book that is ostensibly about her mother. Norah projects her contradictory perspectives of Katherine onto her, even while she attempts to set the record straight about her life.

No longer an ingénue, the celebrity Katherine O’Dell internalises society’s expectations and learns quickly how to work both the Dublin scene and ‘the emigrant circuit.’ Norah observes the ways her mother begins to lose herself in the processes of objectification and depersonalisation: ‘She became masked, somehow, in her own gaze.’ The more people applaud Katherine, the better she seems to perform as an ideal Irish woman and mother. Nonetheless, Norah reflects, ‘She was eaten alive… She was never happy. Though she put on a damn fine show.’ Despite her celebrated career, Katherine remains dissatisfied with her legacy and it further distorts her self-image. Norah laments bitterly, ‘I hated how close her talent ran to shame.’ As Katherine grows older and her looks begin to fade, the starring roles increasingly go to younger actresses and she flounders wildly. She suffers a nervous breakdown that leads to her committing a bizarre crime, and the state places her temporarily in an asylum. When Norah undertakes research for her mother’s biography, she finds a piece of her writing which evidences a previous crime—a terrible secret that drives Katherine to madness and an early grave.

Katherine is born in the 1920s and she comes of age along with the newly-established Irish Free State, which iconised and fetishised a submissive, maternal, archetypal Irish woman, enshrining her in the 1937 constitution. Correspondingly, newspaper coverage of Katherine reinforces this image: ‘The headline reads, Katherine O’Dell at Home, and there is a second, smaller picture of my mother with the new dishwasher, “one of the first in Ireland apparently!”’ In Actress, Enright considers the insidious ways in which stage Irishness intersects with the ‘role’ of Irish womanhood, both at home and abroad. Enright has stated explicitly her desire to address ‘the iconised mother figure in Irish literature… They are often dead, or left out of the narrative.’ In her novel, the iconic actress Katherine is dead and unable to tell her own story; thus, her narrative is fragmented. She appears in newspaper clippings, faded photographs, film reels, archival footage, miscellaneous personal papers, memorabilia, bits of old costumes, and her daughter’s unreliable memories. Accordingly, Katherine does not materialise as a fully-realised person and she remains an object.

The unknowable maternal figure is a recurring trope in Enright’s oeuvre. Norah views her mother as a kind of martyr: ‘Katherine O’Dell thought she was offering something to the crowd, of joy or of pain. In later years, she considered herself some sort of sacrifice.’ In No Authority: Writings from the Laureateship (2019), Enright cautions that ‘if you are a woman,’ the problem of gender politics can ‘eat your head, your talent and your life.’ This is precisely what happens to Katherine, who survives an instance of early trauma only to sacrifice herself to the larger, gendered system which caused it. Katherine introjects the imagery of idealised Irish womanhood and undergoes a process of self-reification which turns her into a beautiful, but broken, object. In an early interview, Enright asserts, ‘I do think that there is an unsayable thing in the centre of a book.’ Her writing reveals that there is also, frequently, an unsayable thing in the centre of a woman’s life, and Enright’s fiction names these unspoken truths.

In a recent interview, Enright details her ‘deconstructive project’ as an author, explaining that she seeks to dismantle ‘ideas of Irish womanhood’ via her writing, and affirming that it is ‘part of my job to say things that Irish women ha[ve] not said previously.’ Her new novel deconstructs Ireland’s mythologising and silencing of women via its subtle intertextual references to Phaedra. The name Phaedra derives from the Greek word phaidros, meaning ‘bright,’ and Enright’s portrayal of life ‘in the pulsing after-light’ of a megastar illuminates the ancient story’s contemporary resonance. In her reworking of Phaedra, it is the protagonist’s own writing which accuses the agents of patriarchal structures and elucidates their crimes against women. She enables Katherine to speak from beyond the grave in a handful of pages from her personal papers, which reveal flashes of truth. Accordingly, Enright’s deconstructive impulse exposes the danger inherent in notions of ‘authenticity’ and condemns the violence that is central to sociopolitical processes of ‘Irishing’ female identity. Actress is an intricate portrait of the artist as a woman, and an incisive commentary on her ‘role’ in the early Irish republic—a part which both creates and destroys her. Enright closes No Authority by stating, ‘I am… a kind of bridge between a bright future for the voices of Irish women and a terrible past.’ Her latest novel offers a glinting imprint of a woman’s voice from this past, leaving a mark on the reader that will stand the test of time.

Dr Dawn Miranda Sherratt-Bado is a Visiting Research Fellow in the Institute of Irish Studies at Queen’s University Belfast. She is the co-editor of Female Lines: New Writing by Women from Northern Ireland (New Island Books, 2017). Follow her on Twitter @drdawnmiranda.

Someone who dies in a vision