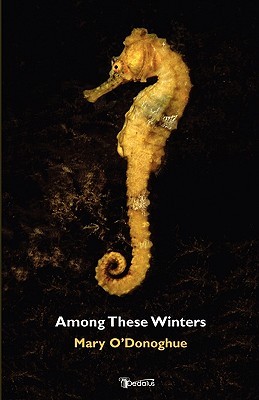 In his first job as a law clerk, the young Henri Matisse was sent to copy some documents. (So the story goes, or I think it does; I don’t remember where I read it and can’t find it on the web so I may be making it up.) When he returned with the copies, he was told that they were not good enough and he would have to do them again. Off he went, back he came. He was sent to redo them a second time and he quietly rebelled. He returned this time with the same copies, fobbing them off as new ones. And this time they were accepted — Matisse’s employer none the wiser. Apparently the artist-to-be made quite a habit of this trick during his short legal career. One supposes he spent the time saved with his new set of crayons.

In Margaret Atwood’s dystopian novel Oryx and Crake, Jimmy, working in advertising, similarly likes to test his employers. He is a ‘wordserf’, employed to crank out slogans to advertise the pills and cosmetic products manufactured by AnooYoo. He had wanted to be a writer; in his resentment he would sometimes make words up—tensicity, fibracionous, pheromonimal. But his inventions miss their mark. His employers blithely print his verbal flights of fancy.

Jimmy’s are words I would have been unsurprised to come across in Mary O’Donoghue’s Among These Winters. I was relieved to learn from the blurb on the back cover that her poems had sent the editor of the New Hibernia Review ‘scurrying to the OED.’ I’m in good company then. O’Donoghue’s is a world of thiggery, bruxism and explanans, where loved ones tump, doctors’ hands tamp and horses at dawn are smirred. And it’s a cornucopia, a smorgasbord.

There is a poem by Josephine Abbott that suggests we import into the English language the word echt, for when things are utterly right, righter than right. Every time Among These Winters sent me scurrying to the dictionary, the word I sought turned out to be echt. Poetry is about language, isn’t it? Well, duh. Still, it isn’t all the time that one reads poetry as exuberantly about language as this.

Cats hewl and mowl, hospitals clinic and tinker, and the gags come thick. Archimedes is ‘displaced by the sight of himself.’ In a windswept Cork

Crows fly in for a conference,
envoys from out-of-town branches.
The kissers on Patrick’s Hill tilt leewards…
(‘Tenacities in Cork’)

Yum, yum, not one but two yum puns. Often the unfamiliar words are of Scots origin: John Singer Sargent’s Latina dancer is suddenly propelled, courtesy of the word ‘birl’, to a Highland location. Smir, I learn, is a particularly Scottish mist—a relation of the Dutch smoor—and thigging, a sort of genteel begging or even thieving, also came to Finnegans Wake with Scotland in it.

This is a book with worries, too, about language. If there’s a unity, it seems less the theme of partings, signalled by the epigraph from Rilke, than the S-shaped eel that wriggles from the first page to the last, surfacing in scoliosis tests, the Cyrillic alphabet, the snake that bit Eurydice—the last brilliantly suggested by the ‘sloughed skin’ of former lovers’ separated socks. It shapes sadnesses: the S is a Via Dolorosa; scoliosis sequesters a child from her peers; the lover turns and looks back. In ‘Good Speech’, fourteen-year-old girls mince through a hated elocution class, their age rendering sinister ‘we are pregnant / in our pauses’ and ‘we make ourselves sick.’ At other times, the concern with language is a comical one. In ‘The Stylist’ the short-haired narrator visits Chen Zhongen, the Chinese micro-carver who can inscribe poems on a single strand of hair. She is denied words like ‘floccinaucinihipilification’, ‘sesquipedalian’ and ‘hyperfecund’:

A bit miffed, I looked around the room at
enormous close-ups of women
with sestinas twirled through their ringlets,
thousands of Mobius strips
curled round recidivist words.

Sestinas twirled through the ringlets being the fashion of the time, this collection’s got one (‘Swallows’). Is the trend for the sestina due to its aptness for our age? Paul Cummins has suggested that the form’s extreme appeals to contemporary writers because they live in ‘confusion and alarm, or metaphysical uncertainty and despair’ Others are unconvinced. John Latta argues that any given sestina is only ever about ‘the sestina’—and little more. In O’Donoghue’s case, the sestina is the perfect form for the content, a mother looking back at the stuck life of her profoundly disabled son. Best of all, it pulls off the trick of not being immediately obviously a sestina.

After things go wrong in Oryx and Crake and mankind is destroyed, Jimmy—now Snowman—is left with only the memory of words as a trace of the species’ creativity. He becomes caretaker for ‘the odd words, the old words, the rare ones.’ He says them to himself silently. ‘Valence. Norn. Serendipity. Pibroch. Lubricious.’ If this is the writer’s job, O’Donoghue has taken it and sprinted. I’m still not entirely sure what that former lover was doing when she was tumping. And what of the ‘roking’ stewpot? Was this a misprint, a test of our attention, rocking in a French accent, a coinage (roasting and smoking?), the obsolete noun ‘a clearing of the throat’? So much for worrying—as feminism, for example, has—whether the language is adequate to express us; this is a book to make you worry whether you’re adequate to the use of language. This is a poetry to make you do your homework.