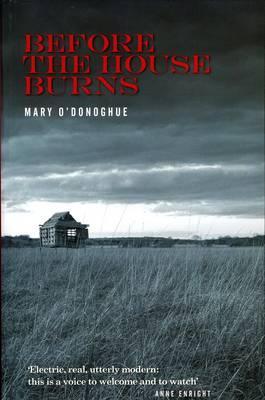 Before The House Burns / You

Childhood is another country; they do things differently there. In these two novels, family tragedies and their consequences are recreated through a child’s eyes. Both books are set in the not-so-distant past; Ní Chonchúir’s You in a 1980s Dublin hinterland, while O’Donoghue’s Before the House Burns roves across a 1990s West-of-the-Shannon landscape. There are common themes: the frailty of parental sanity and family unity; water as symbol of life/harbinger of danger; loss and its aftermath; and the tricky contradictions that go with being an eldest daughter. But there the commonalities end.

O’Donoghue’s novel is a shifting, slippery beast, using different viewpoints to stitch together a back-and-forth collage of a family breaking itself apart. There is Eva, the novel’s key protagonist; Maeve, her younger sister; Benny, the baby of the family and—through a journal discovered in a locked-away dresser—their unnamed father. Eva herself is not one person, but many—the 19-year old nurse of the framing narrative who comes to the charred ruin of her father’s house and Eva-as-child, a creature who mutates from year to year, house to house, as the family migrates in search of an ever-diminishing sense of home. Eva and her father appear in the first person while Maeve and little Benny are third person fragments, possibly recreated by adult Eva in an attempt to come to terms with her family’s broken past.

Chronologically, the novel is also shifty—starting with the 2000s, dropping back to 1998, then moving further back before coming forward again. Within each character’s point of view, flashbacks are embedded, events yet to come hinted at. Images, anecdotes and scenes are retold; characters are introduced by one voice, then another, reflecting Eva’s efforts to grasp the truth and contradictions of what has happened. Apparently inconsequential details are returned to: Ailbhe, Eva’s childhood friend, a girl we never meet in the ‘actual’ narrative; a string of pearls; Danny Connor, the boy five-year-old Maeve loves to kiss. Within scenes, the narrative often stumbles, digressing into a remembered connection with a time before or fixating on a detail suddenly resonant to Eva. Then it resumes, picking up the frayed thread, hesitantly bringing it forward.

Visually, the text reflects the entropic structure. Large chunks are italicised; the journal is indented. Dialogue is italicised within paragraphs. There is no effort to make this a scene-by-scene depiction. This is memory: rendered, boiled down, cobbled together again—always gaping, rarely to be trusted. Significantly, the house where the first tragedy occurs is located in Barna; the Irish for ‘gap’.

O’Donoghue’s zig-zag approach is atmospheric, hinting at a restless underlying search for meaning. However, it can also be disorientating. At times Maeve and Eva seem like the same person. Both wish to be writers and while Maeve tells us that Eva likes blood and guts, Maeve is the one who dreams of fires and burning and—a gorgeous image—putting melted marshmallows on her face to look like a burn victim. Although the tenderness between the girls and their baby brother is tangible, there is less detail around the power-play between the sisters. The narrator tells us that Maeve likes organising and making lists, but the girls’ strategies for survival seem similar, their individual roles not so clearly defined. Also, the language does not always do what is indicated. Eva-as-child sometimes introduces words and concepts that feel like they belong to someone much older; the father’s journal entries with their chopped up sentences, female-register ‘I suppose’s’ and lyrical descriptions feel like they, too, have been recreated by Eva. Yet characters and moments resonate and endure: handsome colleague Robin returning as his own ‘thinner older brother,’ Eva’s moving descriptions of Benny after the second tragedy and the mild-voiced Garda who accompanies Eva on her dark night of the soul and who, in the end, seems to offer some sort of redemption.

Ní Chonchúir’s novel is an altogether different animal; it has a single protagonist, the You of the title, an unnamed ten-year old girl living in a hinterland town on the southern banks of the Liffey. The narrative follows, more or less chronologically, a difficult summer which begins with You’s mother’s unsuccessful attempt at suicide and darkens as the family attempt to recover the Irish way, by acting as if nothing had happened. You’s family is fragile; You’s da—separated from her ma and living in a Northside tower block—has a new girlfriend, a second daughter and a baby on the way. You’s youngest brother—‘the baby’—has brown skin and curly hair and a different father to You and Liam, the middle child. You and her brothers wear cast-offs from neighbours and rely on envelopes with ‘a few bob’ in them. Everyone is working hard to keep things together: You’s mother Joan, the kindly neighbours Cora and Noel, even arriviste hairdresser Mrs Brabazon. And of them all, prickly, self-conscious, angry, rule-bound You is working the hardest. But, like the deep sadness at the core of this book, the centre can’t hold.

In some ways this is a book of two halves; Book 1 seems to meander more, twining in ever tighter loops until it reaches the dreadful turning point, while Book 2 rushes forward, carried by the force of what’s gone before. The shift in dynamics echoes the book’s powerful antagonist—not smelly, horny cousin Rory, or sleazy spiv-butcher Kit, but the river itself. Only in Dublin city does it get a name; the Liffey. In You’s hometown it is just the ‘river’; bedtime companion, taker of life, giver of comfort, source of fear. Like all good nature poets, Ní Chonchúir animates the river in just the right places and through the right lens: You’s truculent, tender heart.

Ní Chonchúir’s characters jump off the page: arthritic Cora and fat-and-ugly coalman Noel, la-di-dah Auntie Bridget, lumpy, sad Liam. Her language is precise and earthy; a rural Dublin argot that is almost but not quite of the city, words that belong to a child who loves to read. She eschews showy descriptions for lived visceral experience. People talk, think and act like real people; You’s inner denials and justifications, her judgements, qualifications, reversals and entrenchments, read as utterly believable. There are wonderful sparks of context; the ‘new’ orange buses of 1981; Fuzzy Felt; Who Shot JR? Apart from a slight dislocation in the second half when the narrative does a bit of a double take, and the chapter titles which seem to unnecessarily foreshadow what is coming—though ‘Anything Strange or Startling?’ is a terrific creation—the novel’s main challenge lies in the decision to make You ‘You’. At times, the second-person convention pulls focus, drawing attention to itself at the risk of overshadowing the power of the story. However, this choice, allied to the themes of identity running through the novel, raises interesting questions: if You is ‘You’, who is the ‘I’ telling the story? And towards the end of the novel, Ní Chonchúir suggests a justification that points, more than anything else, to that strange, familiar, loved and hated other country: childhood itself.