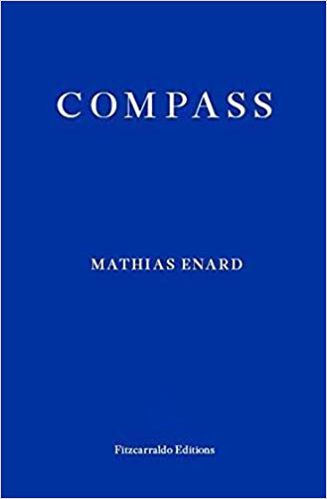 There have been a number of controversies of late around the representation of others, qua the Other, whether in fiction or through visual or archival appropriation. I’m thinking here of Lionel Shriver’s keynote speech ‘Fiction and Identity Politics’ at the 2016 Brisbane Writer’s Festival, a novelist I’ve never read but who has had her fair share of success. In the speech she claimed she had had enough with the constraint placed on fiction by identity politics: she was going to pretty much damn well write any story about anybody she wanted. More recently, the calls for Dana Schulz’ work Open Casket (2016) to be removed from the Whitney Biennial, and indeed to be destroyed, sparked a wide ranging debate on cultural sensitivity and historical and racial appropriation. These are two opposite positions on representation, one on the role of fiction, the other on the role of the figurative, but in one way or another they both question the ability of art to represent the other within the rarefied domain of artistic expression. Both positions would seem to pull at empathy’s possibilities, albeit in different directions.

One recent book offers myriad ways to navigate the difficulties in justifying making art about somebody other than the artist themselves, or their demographic. Mathias Enard’s Compass is a novel, and it is one of those novels that could be called the novel of the decade if, that is, people still actually care about novels, or finish reading them. (This is not a facetious point to make, I feel – Enard’s novel is a hefty 500 pages.) The story takes place during the course of a single night, told from inside the mind and apartment of an ageing, sickly musicologist in Vienna. It is dense, full of facts, names and histories, and like a slow, tired-out steam engine, takes its own sweet time to get going before it reaches its beautiful, cathartic – and emphatic – dawn. It’s an aubade worth waiting for, but let’s not gush too much because – I won’t lie – it’s not all that easy to stay awake until Enard brings up the sunrise.

Compass is a novel for contemporary Europe and the West as a whole; that is, it operates above the horizon of any one national perspective. It’s a reminder of where we come from and, possibly, where we are going. Take Tsingtao beer, a hipster product we enjoy thanks to the various forces of globalisation. In the novel we get its backstory, a ‘last trace of German colonialism’: we are told of the beer’s history in detail, about the trading outpost in north-eastern China, and its brewery set up by German colonialists, how ‘one more circle closed, an ex-colonial beer that colonizes in turn, a century later, the capitalist planet’.

It is a novel that works not just on the supranational level, but also for the individual reader because it is a love story between Franz Ritter, our garrulous and self deprecating academic descendent of Joseph von Hammer-Purgstall, the 19th century Orientalist, and Sarah, a French academic and long time friend and travelling companion. Their story takes place in Paris, Damascus and Tehran. It takes place in a world coming out of the wars in Iraq and Afghanistan, before the Arab Spring and the devastation of the civil war in Syria. This is a book that shouts furiously, and yet so patiently, at the atrocities of ISIS as much as it does at European apologists and nationalists. It is a book dedicated, by its author, to the Syrian people:

‘Sometimes I feel as if night has fallen, that western darkness has invaded the Orient of enlightenment. That spirit and learning, the pleasure of the spirit and of learning, of Khayyam’s and Pessoa’s wine, have not been able to stand up to the twentieth century; I feel that the global construction of the world is no longer carried out by the interchange of love and ideas, but by violence and manufactured objects. Islamists fighting against Islam. The United States, Europe, at war with the other in the self.’

Enard’s love and passion for the east is clear, and he is well placed to write a story that explores the two-way traffic between the east and west: this is not only a European novel, but one that manages to collapse the false dichotomy that has sprung up in the political and popular imagination regarding the middle and Near East. Enard was born in France and studied Persian and Arabic studies, living for many years in the Middle East and spending a dozen years in Barcelona. His previous novel Zone (2013) is also a masterpiece of what the contemporary novel can do for the stories of the self in the face of devastating political and personal history, it has justly won many awards, as has Compass – France’s Prix Goncourt amongst them. Both have been masterfully translated by Charlotte Mandell ‏who has managed a magnificent job in both instances to replicate the unique voices that suffuse these novels; not since Natasha Wimmer’s translations of Roberto Bolaño has a translator seemed to embody the world of the author as well as Mandell achieves here.

But let’s not get too caught up in the biography of the artist. That is to do an injustice to Franz, his creation, as well as to Enard the novelist. (Last year, Enard gave a speech when accepting the ‘Leipzig Book Award for European Understanding’; Enard had a interesting way of introducing his subject: “Contrary to what some people might at first think, an author does not write books. He writes texts, at best…a book is the work of a team, and that’s what differentiates it from a text. A book is an author, plus a publisher, plus editors — a chain of exchanges and shared contributions. Contributions that extend the text, and that clarify its meaning in a given context:”) Indeed, the one great thing that fiction allows is to write outside the self, to form an identity that exists not in the literal words put down on the page or the wild fantasies of the fictive story as told, but rather, in the attenuated space in between. And that is also where the reader comes in: novels, long displaced from the top of the hierarchy of arts (speaking of fictions) teach us this discipline, which – sounding like a reactionary, god help me – I can’t help but feel is becoming a little lost in an age of visual and filmic storytelling.

The criticism levelled at identity appropriation is often just, especially in the visual arts where the reception of a work can be so immediate or visceral. In literary fiction, built on the premise of failure and the impossibility of verisimilitude – lest we forget – there are only aporia where we want to find certainty and irreducible, capital-T truth. This is the great ruse of the novel, of literary fiction: to convince the reader of the veracity of the imagined tale, of the fabricated selves displayed, while at the same time admitting to the limitations of the art form itself. More recently, writing for The Guardian, Shriver has railed against the idea of ‘sensitivity readers’ vetting prospective novels for potential offence. But dismissing political correctness or the sensitivities of various groups of readers only works if the writer is up to the task and has an openness to empathy. Otherwise, writing about whatever you damn well want to write about becomes a lazy excuse to not write directly about your lived experience – it makes for bad art and at worst it is dangerous. It is dangerous because as we have recently seen it can make considered debate and conversation turn into shouting matches lacking all empathy or efforts toward understanding. That is why contemporary novels such as Enard’s Zone and Compass, when they accept both ends of the form’s history (the impossibility of adequate realist representation and the gains earned with informed empathy) need to be read carefully and quietly celebrated.

In a novel as full of erudition and historical knowledge as Compass, what we find at its core is a story that revolves around ‘that aporia, between self and the other, which is identity.’ Franz loves Sarah, with a desperation that is only felt more keenly with the hindsight of time and the presence of his unnamed and grave illness. Their story is deftly and recognisably told, moving with the slow pacing of fine storytelling and even managing to incorporate a very realistic use of the Internet. Indeed the device of setting the story in just one night becomes a brilliant way of not only summoning the power of Google, but of sitting in front of your screen waiting for an instant reply from someone already awake on the other side of the globe. That a novel can render that instant so well, on the back of hundreds of pages of dense historical knowledge, becomes a wonderful surprise to savour.

John Holten is an Irish-born novelist, artist, and curator. He is a co-founder and Editor-in-Chief of Berlin-based publishing company Broken Dimanche Press. His 2011 novel, The Readymades, will be re-published by gorse editions in 2018.