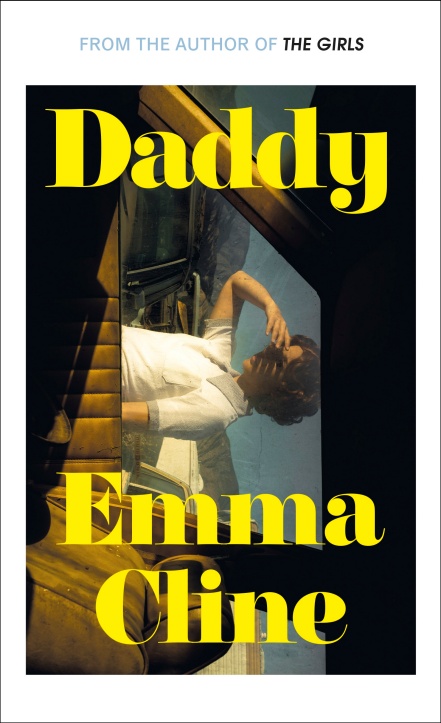 In ‘Northwest Regional’, one of the ten stories in Emma Cline’s sharp and uneasy collection Daddy, a rich businessman rues having to deal with a friendly taxi-driver: ‘This was why you lived in cities – abundance buffered you from the vagaries of human contact’. Most of Cline’s characters are in the aftermath of a crisis where they’ve found the opposite—abundance is not enough to shield them from other people, or worse, from their own consciences. Cline famously made her debut with The Girls, a dreamily written coming-of-age novel set at the end of the 1960s. Here her eye is more trained, her prose sharper, as she tackles some of the same issues—sexuality, privilege, violence and abuse—from the perspective of middle-aged men as well as young women. Cline’s ability to establish atmosphere and character with a few deft details is perfectly suited to short stories, her often measured pace reflecting the total confidence of her storytelling. This control, however, can make for a frictionless reading experience which never fully evokes the messy and contentious nature of the subjects that she is exploring.

The emotional poles of the collection are the distinct experiences of privileged men and economically precarious young women, although they share a sense of malaise and estrangement. ‘Son of Friedman’, one of three stories previously published in the New Yorker, is a perfect summation of Cline’s obsessions. George—a once powerful producer—is divorced, wary of his own children, and reluctantly coming to terms with a fading career. Even the light in a restaurant has the quality of being an ‘outdated light, honestly, popular in the nineties’. Despite his nostalgia for the past, his recall is shaky when it comes to his son’s childhood, a fact that he dimly realises has to do with his self-absorption. When George reflects on his ambition, the narrator states: ‘it was almost embarrassing how fervently George had believed that everything would continue to get better and better, life a steady accrual of successes…’ Similarly, in another story, ‘Menlo Park’, a magazine editor ousted from his job for undisclosed reasons looks back and thinks ‘there was no reason to believe’ that his happiness might be ‘temporary’. In ‘What Can You Do with a General’, an elderly patriarch who still frightens his wife and children feels closer to the sick family dog than he does anyone else. There are repeated moments where characters try to see themselves through their sons’ girlfriends’ eyes, but the role-play implied in the provocative title only goes this far. While absorbingly crafted, these stories are often too familiar in their rendering of middle-aged ennui.

In contrast, the tales with young women at the centre are often tightly wound; the narratives seem to be designed to demonstrate complexity rather than making us feel that complexity. In ‘Los Angeles’, Alice, an aspiring actor, works in a shop that could only be American Apparel, and sells used underwear to subsidise her acting classes. When she thinks about her side hustle, the narrator observes that ‘it was that time of life when any time something bad or strange or sordid happened, she could soothe herself with that thing people always said: it’s just that time of life’. Discomfort is brilliantly depicted, albeit on a small scale—for example, Alice waits until she arrives at work to zip up the painfully tight trousers that all the women staff are forced to wear. Cline avoids explicitly referencing #MeToo, but most of the transgressions here are committed by high-profile figures—a celebrity seeking rehabilitation, a famed magazine editor, an actor who faces less scrutiny for his actions than the woman he abuses. In ‘The Nanny’, Kayla goes into hiding after she has an affair with her employer, a film star. Her new-found notoriety feels like ‘the correct scale of things’. Perhaps Cline is making a statement about the extent to which the scripts women might use to explain ‘bad’ decisions—even the ones they make because of external pressures—can sometimes be convenient, even as they’re disempowering. It’s a trenchant point, but she never allows her female characters to question or reflect on those scripts.

‘Marion’ and ‘Arcadia’ are more affecting, in part because Cline uses her masterful narratorial skills to ramp up the complexity and ambiguity of the power relations she depicts. ‘Marion’, which was published before The Girls and won the Paris Review‘s Plimpton Prize, is the only story with a first-person narrator. Stylistically it is lush, the 1970s bohemian adult world of the story fragmented through an unnamed teenager’s partial understandings of her friend Marion’s life. Cline shows us how the narrator’s desire for Marion compels her to act as she does, and also how her lack of understanding about the consequences of her actions might be more damaging than the actions themselves. What might have been the core of a reactionary morality tale becomes darker and more complicated with a young girl as protagonist.  ‘Arcadia’ queasily reveals a triangle between Peter, his pregnant girlfriend Heddy, and Otto, her much older brother, who employs him on his farm. The story’s creepiness builds and lodges, not unlike Peter’s imaginings of the foetus’s ‘fingernails hardening inside’ Heddy, ‘its muscles uncoiling’. Innocence is shown to be, in part, a construction and a projection used to control. At the same time, Cline compels the reader to sympathise with Peter, deliberately creating an uneasy sense of complicity with his motivations. Too often, however, stories appear to end before they really begin, especially as Cline frequently chooses not to disclose key events. The material and social power of men is never shown to be in contention, despite their grievances. While truthful in its own way, this makes many of the often brilliantly observed stories feel like extended set-ups for events that never pose the threat of real change.

Daddy is generally impressive work, however, buoyed by exquisite details and the effortless conjuring of a particular social milieu. Cline is excellent at capturing the habitual oddness of families and the day-to-day of workplaces, both mundane and rarefied. One of the best stories is ‘Mack the Knife’, in which Jonathan, a screenwriter, careens between old friends on a night out and Julia, his depressive and much younger girlfriend. In its use of multiple veering perspectives and its pin-sharp humour about ageing (a discussion about ketamine concludes that it’s safe now that it’s ‘FDA-approved’ as medication), the story has an energy largely absent from the rest of the collection. Jonathan is a good, if anxious, father to his daughter; his relationship with Julia alternates between co-dependent and paternal. Jonathan’s attempts to nurture Julia are meant to compensate for more haunting failures as a partner. At the same time, her resistance to his fatherly impulses means that he needs to re-envision how to be.  In James Purdy’s remarkable story ‘Dream Palace’, a character cries “A reward, I must have a reward. A reward for life just as I have lived it”. Many of Cline’s characters seem startled by the lack of reward for simply surviving, because they’re so used to recognition in some form or other. It’s an understandable feeling, although in most of the other stories, the low stakes mean that we struggle to care. In ‘Mack the Knife’ Jonathan realises that a sense of possibility is the most valuable thing he can have—and that it’s contingent on other people. In a sometimes detached and astringent collection, this story feels unusually generous and pushes out into new emotional territory.

Zakia Uddin is a writer of fiction and non-fiction. She is currently working on a collection of short stories.

jealously on the cusp of commitment

Hymn to the Reckless