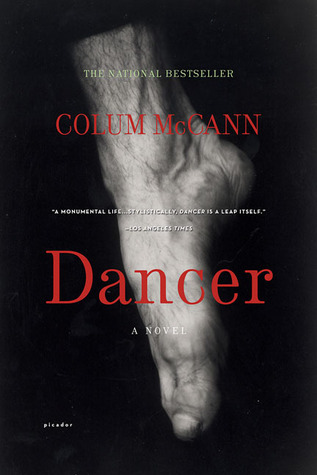 When Rudolf Nureyev of AIDS-related causes in 1993, aged 54, there was no shortage of archival material available with which to chronicle his exceptional life. In the course of his long career, his performances on the world’s great stages had often been filmed for television, and dance critics had assiduously documented his transformation of the male lead’s role in modem ballet, not the least of his many innovations. There was also a trail of tabloid press that had marked him from the moment of his asylum in Paris in 1961 and followed him into the star-struck fleshpots of London, Paris and New York. Add to these a distinguished collection of art and antiques scattered throughout his many residences, acting roles in two anomalous Hollywood films, and the memories of friends, family and fans, and one might assume a reasonably accurate picture beginning to emerge, of the man and his life, on stage and off. Yet few twentieth-century figures remain as inscrutable.

Nureyev’s life was the stuff of modem popular mythology – controversial, paradoxical, eternal. He was a superstar in a discipline that has few superstars. His performances with ballet’s most celebrated and beautiful women, none more so than Margot Fonteyn, are legend. But his life also reflected a large part of 20th century history: Cold War intrigue, the ascendancy of American popular culture, and his death at the hands of a disease, the scope of which few understood at the time. Perhaps because of this, our lasting impressions of him are such that they do not recede with time from view, but grow with each attempt to retell his story.

As the subject of his third novel, Dancer, Colum McCann does not attempt to strip us of the mystery of Nureyev, rather he chooses to embrace it. McCann confines himself to neither a straight biographical sketch nor a traditional narrative. Instead with a handful of alternating accounts, two dense single-sentence chapters, and a series of quasi-journal observations, he concocts two very distinct worlds, Soviet Russia and the West, and the man who literally danced across them. The accumulated result, at moments admirable, is Rudolf Nureyev in relief – a portrait of an artist who only ever partially emerges from the surface of his own story.

To achieve this, McCann employs as narrators the husband of Nureyev’s childhood dance instructor, Anna – a couple nostalgic in their exile for a St. Petersburg, and indeed a Russia, that no longer exists under the Soviets; Rosa Maria, a fellow student and friend during Nureyev’s time at Leningrad’s Kirov school; and his sister, Tamara, a loose composite of the three sisters Nureyev had in real life. After his defection to the West, the novel is carried by one Victor Pareci, a fabulously camp Venezualan decorator and Rudolf’s partner in crime on New York’s gay scene in the 1970s; as well as Nureyev’s Parisian maid.

But by far the two most poignant voices, and McCann’s most confidential characters, are Yulia, Anna’s daughter, and Margot Fonteyn. Through their own lives, these two come closest to unlocking the cryptic nature of the great dancer-though even they only ever come close.

Yulia is a translator living in Leningrad, languishing in a loveless marriage and the remnants of St. Petersburg’s forsaken intellectual class. She takes in the youthful Nureyev as a favour to her mother and watches him develop, artistically and physically, during his time at the Kirov. In one scene, after attending one of Nureyev’s last performances prior to his fateful trip to Paris, Yulia tries to make sense of the emotions Rudolf’s dancing has provoked in her: ‘Rudi had stood upon that stage like an exhausted explorer who had arrived in some unimagined country and, despite the joy of the discovery, was immediately looking for another unimagined place, and I felt perhaps that place was me.’ All the more provocative when you consider these are her thoughts after she has seduced her husband upon her return home that same evening.

In turn, Margot Fonteyn is more maternal in her approach to a dance partner who has given her her greatest success in the twilight of a career (she was over forty when they began dancing together). While sitting across a table from him towards the end of her life, Fonteyn reflects on their working relationship, one she considered more intimate than sex: ‘What was it that she needed to tell Rudi? What was it in his grin, in his laughter, in his leaning towards Victor, in his consumption of the world that she needed to arrest, if only for a moment? What an exquisite life. They had, she knew, enjoyed the greatest years dancers could have. People thought they had slept together but they had not. They were too close for that.’

Unfortunately the significance of these two women to the story is most acutely felt in their absence. They are made to share the narrative with less well-drawn characters, and accordingly the novel suffers. It may also be that Yulia’s and Fonteyn’s own personal dramas (i.e. those of an introspective, childless Russian divorcee and an ageing ballerina) are a lot more interesting, told as they are in a direct fashion, than the occasionally irritating, always evasive, tale of Nureyev himself. The fact that some of the lesser characters seem as though they are present merely to serve the author’s agenda only compounds the situation.

Nureyev’s own voice is heard via a long sequence of todo lists in his youth and abrupt journal-entry observations throughout his adult years. The early series gives a telling insight into Nureyev’s passion for dance and music as well as revealing an obsessive work ethic, a defining gauge of the artist: ‘Perfection is the duty. Work work work. In difficulty is ecstacy.’ As McCann himself has asserted, this is not a novel about ballet. Nevertheless he does well to communicate the emotional intensity and physical violence of the discipline: the manner in which dancers exert their bodies to often inhuman limits; the fatigue and brokenenss at the end of, what seem from the outside, relatively short careers.

Later in the novel, Nureyev goes on to chronicle the world through which he moved, an endless who’s who of the middle of the twentieth century. McCann could have pulled this off had he not pandered to so many of the cliches assigned to the historical figures mentioned: JFK is patently charming; Warhol is capricious; Beckett, reticent; … the list goes on. The author does not miss an opportunity to self-indulge here, a risk perhaps that would have been better left untaken.

One of the allures of Colum McCann’s prose is that we often get it non finito, still rough at the edges. ‘The screws left fully exposed, as they are on freight cars,’ as Gabriel García Marquez once described Hemingway’s style. Although occasionally overwrought, this suffuses his work with the energy that makes him so pleasurable to read; a storytelling so full, it forces itself to be told. By the same token, his touch when it comes to the lives of his characters can be probing and intimate; they are human, imperfect, memorable. At his best, as witnessed in much of his short fiction, McCann can be both the china shop and the bull that barrels through it-and that intensity is not lost here.

Dancer crosses a breathless geography and a large crosssection of a century with which we are still trying to come to terms. McCann has passed competently through history before, with his last novel This Side of Brightness, and more recently with Everything in This Country Must. But, where he was so effective in his handling of the peculiarities of life in early twentieth-century Manhattan or during the Northern Troubles, it is in this new novel’s infrastructure that the seams begin to tear.

While there’s nothing exactly wrong with McCann’s conception of Soviet Russia, nothing feels very right (or, perhaps, very real) about it either. The tint is just a bit too red, with frequent sardonic references to Soviet propaganda, that in fact reminded me more of the manner in which American media often used this feature of Russian political life as propaganda of its own. Growing up in Boston in the 80s, we were saturated with Reagan’s gross distortion of Russia as the ‘Evil Empire’ (one need only consider the present US Administration’s ‘Axis of Evil’, and similarities begin to emerge, not to mention the worrying fact that they’ve been using the same playbook for decades). McCann also feels it necessary to supply his audience with an occasional history lesson, as when Yulia describes the mood in the streets at the time surrounding Khrushchev’s denouncement of Stalin: ‘ … it was shortly before the ’56 Congress and we could already feel the thaw in Leningrad. It was as if a tiny crack had opened and light was spilling through, a cumulative light that would continue to spread, its existence becoming an undeniable fact of our lives.’ This retrospective grandstanding sticks out sorely in many places. Ironically, for all his anti-Soviet fervour, McCann is oddly equivocal when it comes to New York City in the 70s and early 80s, a society with its own brands of victimisation, both chemical and sexual.

What is most striking, however, about the times and places revisited in this book, is that the view from 2003 is a distant one. Days when Afghanistan was a Russian war, when a New Yorker’s greatest fear was other New Yorkers, and the best thing on TV was Miss Piggy’s performance of ‘Swine Lake’ on The Muppet Show with a handsome ex-Soviet dancer.

Historical clarification is a common sight at the beginning of many of today’s novels… Although some of the characters and occurrences in this book are based on historical persons and events, this is ultimately a work of fiction. But more and more, and as is the case with Dancer, what was once just that, a clarification, is now starting to sound dangerously like a disclaimer. It is one thing to repossess the story of a man like Rudolf Nureyev for fictional purposes, quite another to render the world in which he lived with either a past or contemporary bias, however idiosyncratic that world may have been. History is our communal book, most vital when no one claims license.