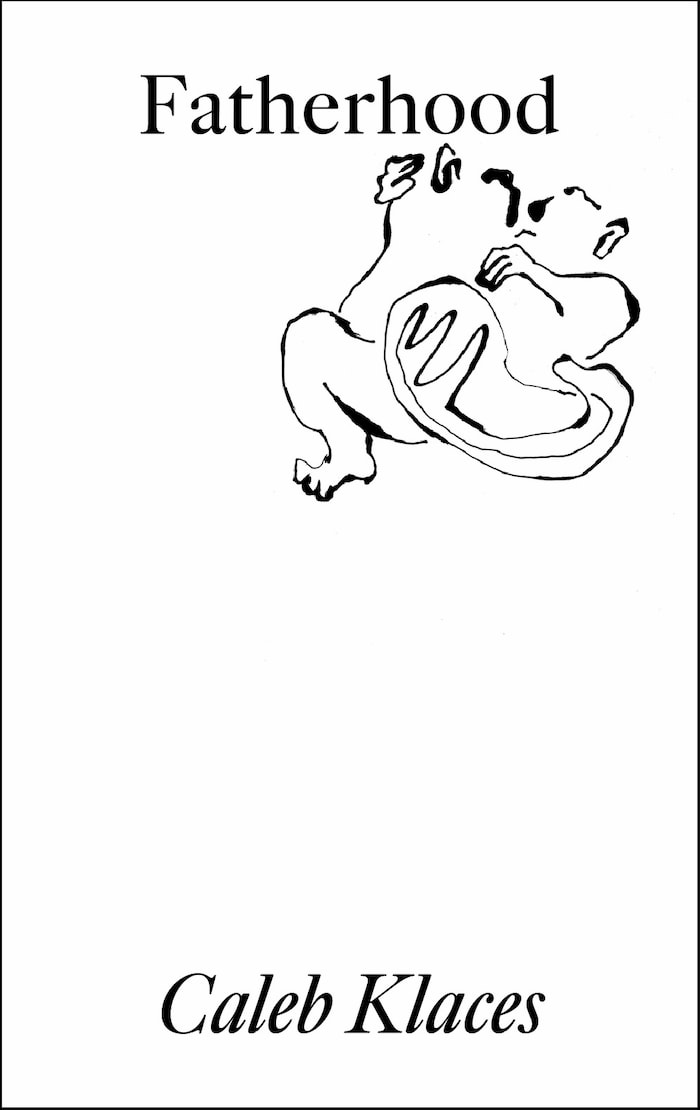 Starting Fatherhood is like stepping into a dreamlike, uneasy new world. Borges supplies the novel with an epigraph, and a magical realist atmosphere permeates its opening pages: it is ‘the tenth month of my wife’s pregnancy’, the poet Caleb Klaces writes, and the rodent population has ‘exploded… They emerged in our kitchen at night to lap at the spilled juice of the pineapple intended to entice our unborn child into the visible world.’

Paradoxically, the first major event in this novel – which explores the anxious delight of birth and early parenthood – is a death. While the narrator (‘Caleb Klaces’) and his wife are suspended in an expectant state, a distant relative dies, leaving them the money to put down a deposit on a new home. They wrestle with possibilities, alighting at last on the idea of a new-build in the countryside on the site where Klaces’ grandfather Leopold was thought to be interred. Meanwhile Klaces’ wife gives birth, and he observes the seemingly unbreakable pattern of cascading generations:

Klaces seeks to find out more about Leopold, believing that a closeness to his forefather’s long-buried bones will help him write during the unmoored early months of fatherhood. He later learns that Leopold’s body was not one of those exhumed on the site of their home: ‘Then the story/collapsed,’ he writes. Another intergenerational collapse occurs later in the novel, when Klaces discovers that his daughter ‘had – seriously – eaten four pages of printed text, the first draft.’ In an interview with Prac Crit, Klaces suggests that the image of his daughter destroying his novel embodies ‘the ambivalence of inheritance’.

While Klaces observes this ambivalence in his daughter, he is himself far from ambivalent about the idea of inheritance. Fatherhood, which meanders through several strange episodes in Gina’s early life, marrying poetry with prose, is preoccupied with ideas of parenthood and legacy. Its interest in literal prehistories is twinned with one in literary prehistories: throughout the novel, Klaces returns to Coleridge’s ‘Frost at Midnight’ and Coleridge’s depiction of fatherhood. He criticises the poem, while relishing its ‘sheer gentleness’ – a gentleness Klaces emulates. It is felt in the care with which he considers his subjects, his lyrical, small-scale observations.

When his house is flooded, Klaces notes:

The front door was too bloated to close. People came and went, bringing snow on their shoes and leaving with slugs in their pockets and zinc on their fingertips. At the petrol station, just out of shot, someone was buying flowers from Ethiopia. Someone was eating or opening a window or just walking dully along. Everything else was on its way to becoming everything else, and

Please can somebody just give me a form to fill in.

These lines owe a debt to another poet – Auden. In ‘Musée des Beaux Arts’, Auden considers the nature of suffering:

About suffering they were never wrong,

The old Masters: how well they understood

Its human position: how it takes place

Suffering is mundane and inevitable, Auden contends, and Klaces inherits this idea, filling his novel with small moments of suffering, usually experienced passively. Fatherhood’s narrator accidentally hits his head and needs stitches; the flood that consumes his newly built home also destroys the manuscript of his novel. He is an unwilling perpetrator of suffering – we learn this in the novel’s first line: facing the exploding rodent population, he ‘put aside [his] lifelong commitment to avoiding harm, and purchased mousetraps.’ One of his rules for fatherhood is ‘to be gentle’.

Klaces’ statement on suffering, on gentleness and passivity, is also a statement on masculinity. This, he implies in this lyrical, nervous novel, is a new way to be and speak as a man. He is not alone in scrutinising masculinity in the present moment; his exploration of male speech and behaviour chimes with the recent work of other contemporary male writers. He is also not alone in drawing on Auden.

‘Where were the parents?,’ Ben Lerner writes in his third novel The Topeka School.

The themes of ‘Musée des Beaux Arts’ resonate with both writers; both Fatherhood and The Topeka School show an interest in suffering, in when and where it takes place, and at whose hands. Where Klaces offers a model of passivity, Lerner takes a more cynical view of male accountability. A central episode in The Topeka School sees the protagonist Adam Gordon (a thinly veiled self-portrait of the author) at a local party where a troubled teen strikes a girl in the face with a billiard ball. In what way is Adam accountable for this and other acts of male violence, the book appears to ask. Not simply violence by high schoolers, but wider, national and political violence. Adam is a champion debater; in describing his debate training – the swagger, the falseness, the frequent carelessness with facts – Lerner draws clear parallels with today’s political discourse.

In an interview on Literary Friction, Lerner describes how he listened to Brett Kavanaugh’s hearing in 2018 and heard ‘the tone’, as he calls it, a tone of privileged indignation. ‘Everyone in my world was really disgusted, and I was really disgusted by it too,’ he says, ‘but I was also thinking… Instead of just disavowing, instead of just saying, “What a gross, familiar masculine mode of speech”, I was trying to think, what part of that is inside me?’ Lerner probes that ‘gross, familiar masculine mode of speech’ through the lens of his adolescent memories, drawing on themes of violence and suffering, and acknowledging in doing so the ugly fact at the heart of The Topeka School: that violence is the alphabet with which toxic masculinity constructs its language.

In modern America, writes the poet Ocean Vuong in an essay for the Paris Review entitled ‘Reimagining Masculinity’,

we celebrate our boys, who in turn celebrate one another, through the lexicon of conquest:

You killed it, buddy. Knock ‘em dead, big guy. You went into that game guns blazing. You crushed it at the talent show. It was a blow out. No, it was a massacre. My son’s a beast. He totally blew them away. He’s a lady killer. Did you bag her? Yeah, I fucked her brains out. That girl’s a grenade. I’d still bang her. I’d smash it. Let’s spit roast her. She’s the bomb. She’s blowing up. I’m dead serious.

Lerner observes the pervasiveness of this violent rhetoric, but The Topeka School ends on an optimistic note. Adam, his wife and daughters attend an anti-ICE protest in the final chapter, and take part in a so-called ‘human microphone’ in which a message is repeated through a crowd to get around the absence of permit-requiring equipment: an interpersonal form of amplification. ‘It embarrassed me, it always had,’ Lerner writes, ‘but I had forced myself to participate, to be part of a tiny public speaking, a public learning slowly how to speak again’.

Learning slowly how to speak again, rewriting a language for modern masculinity, is something all of these writers seem to be aspiring to do. Vuong sets himself this task in ‘Reimagining Masculinity’: ‘Can the walls of masculinity, set up so long ago through decrees of death and conquest, be breached, broken, recast—even healed? I am, in other words, invested in troubling he-ness. I want to complicate, expand, and change it by being inside it.’ Klaces is also interested in ‘troubling he-ness’, arriving at an experimental blend of poetry and prose to describe the state of new fatherhood, leavening his narrative with a radical note of tenderness.

Fatherhood and The Topeka School are both preoccupied with ideas of inheritance, patterns and prehistory, but they also show ways of breaking the mould. Klaces’ novel closes in verse; he imagines performers appearing onstage as themselves, speaking without scripts.

but end differently, are different people.

We return to the stage

The new, scriptless languages of masculinity that Klaces and Lerner are speaking aren’t identical. In his Prac Crit interview, Klaces specifically distances himself from Lerner’s view of modern manhood. There’s a ‘portrayal of masculinity, particularly of fatherhood, which I love in certain contemporary work, but which often portrays men who attempt to care as flapping about and ridiculous,’ Klaces explains. ‘I think of Ben Lerner’s overanxious young men.’ The voices that both writers are striving for are different. But their work shares the same instinct, an instinct that seems increasingly common in contemporary writing about ‘he-ness’: a shift away from patterns of suffering, a forging of a new alphabet, an unfettering.

Xenobe Purvis is a writer and literary researcher, currently assisting in the preparation of a volume of Christopher Isherwood’s selected letters.

His first year tilts to winter