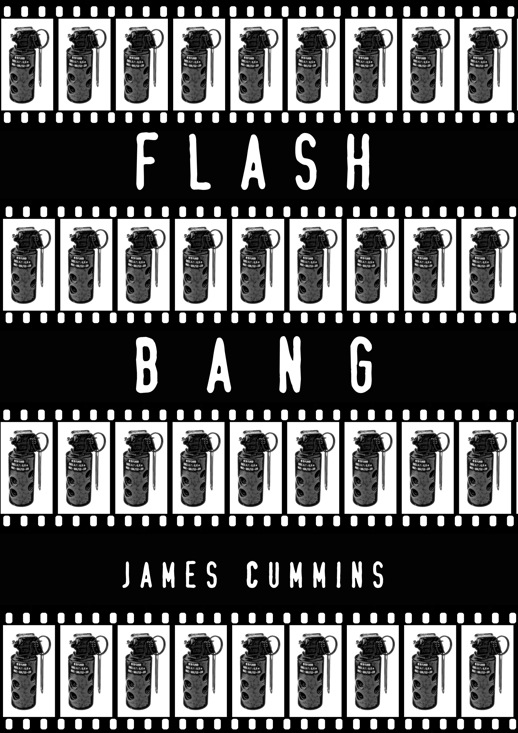 Assertions of the universality of experiment in poetry are so uncontroversial as to rouse immediate suspicion. When someone of catholic taste is trying to mediate in a dispute between a proponent of accessible-anecdotal-epiphanic poetry and an adherent of the rebarbative-fractured-nonsubjective tendency, the mediator frequently resorts to but isn’t all good poetry experimental? Or with exasperating good sense claims: Every poem is some sort of experiment in form. Which (while true in a sense) is tantamount to saying none is. It may be that to assert that poetry is hostile to progress is laying on the atavism a bit thick, but part of the fun has always been the art’s tussle between verbal sophistication and its breathy, fleshy, kinetic aspect.

If all poetry is conservative, there’s still no denying that some poems and poets are more conservative than others, and Irish poetic culture more conservative than most. Gaelic poets in 1600 used vocabulary, sound-effect and metre scarcely different from their ancestors in 1200; it’s as if Racine used the language and style of Christine de Pisan. Yeats forged a magniloquent quasi-Modernism out of forms that served Ariosto and Spenser; no heaving the pentameter for him. Asked to produce a survey of the current Irish scene for The Bookman in 1934, Samuel Beckett was confronted with a space so bleakly, hilariously empty you could set Endgame in it. He found a few contemporaries worth reading—his friend Thomas MacGreevy, Brian Coffey, and Denis Devlin are the names usually quoted, though he had time for others, including Blanaid Salkeld—but it takes special pleading to find more than moderate success in any of their work.

New Writers Press, established by Trevor Joyce and Michael Smith in the late 1960s, was eclectic and, in its house journal, The Lace Curtain, refreshingly combative, but its remit stretched beyond modernist experiment. Maurice Scully edited The Beau and put on events in the early 80s; The Journal, produced by HardPressed Poetry, had an intermittent but lively run in the 1990s and 2000s; for the last two decades, Wild Honey Press has published notable work, including Livelihood (2004), the most sizeable installment of Scully’s Things That Happen project. In 1996 many Irish modernist poets, aware of each others’ work, and often correspondents where they had not met in person, gathered at the Assembling Alternatives conference in New Hampshire. From that emerged the Cork Conference on Contemporary Poetry, later, following an injection of City of Culture funding in 2005, renamed Soundeye. The annual festival has brought an impressive roster of poets to Ireland; for the last few years Soundeye has run alongside The Avant, a series of exhibitions, concerts and experimental performance events. It works well; poetry is less literary and more physical than popular perception would have it, and often has happier conversations with music, installation art, film and dance than with novels and short stories. Surely confounding the expectations of funding bodies, which even in the halcyon days awarded it only small budgets, Soundeye has just about survived into austere times, when conservative leviathans have been cancelled and consolidated. To ask why the festival has not been for the last fifteen years a fixture on every Irish poetry maven’s calendar is also to ask why Scully goes unrecognised as one of the half-dozen best Irish poets living, and why Trevor Joyce’s formidable translations and lyrics are not considered central to the contemporary canon. In some countries they would be. In some countries they are. Irish poetry’s left field is, or should be, its middle ground.

There are signs, in the poetry under review here, that this necessary shift may be happening. James Cummins’ poetic career has been intertwined with Soundeye; with others, he now runs it. Flash Bang is published by Veer Books, a press associated with the Contemporary Poetry Research Centre at Birkbeck: recent Veer publications from Irish poets include Scully’s A Tour of the Lattice (a sampler from Things That Happen), and Aodán McCardle’s intriguing visual-conceptual work, IS ing. In its fractured rattle and careering oscillations between visceral anatomy and sociopathic jargon, Flash Bang is reminiscent of Cummins’ British contemporaries—Keston Sutherland and Sean Bonney come to mind. Its abortive, ironic stabs at lyric subjectivity and self-reflexivity warn the reader against attempts to find distinguishing marks, let alone an authentic voice, but this is nonetheless poetry of the voice. Cummins’ rapid-fire reading of the sequence is an excellent way to encounter it; a better entry point perhaps than the text itself. In the world of Flash Bang, a dystopia ‘where slogans speak to automatons’, that is, the hereandnow, human bodies appear terrifyingly vulnerable to hostile hardware while the voice attempts a pathetic defence: ‘head / neck / shoulders / knees & toes / knees & toes’. Flash Bang is at its most truly incendiary when Cummins drops his pose of affectless cool and allows the politicised, anarchic body into his poem. Here’s section [6] in its entirety: ‘lincoln was a line dancer’. This short book, at its best, puts a rocket up poetic lines and makes them lindyhop.

Anamaría Crowe Serrano’s one columbus leap explores the beginnings of an imperialism which culminates in the military-industrial jitters Cummins documents. The leap of the title is delayed by much shorebound brooding: the sequence gives us one poem for each month of 1492 before Columbus’s August departure from Palos de Frontera. The journey itself occupies two limpid poems, and a final, poignant text is set in the New World: ‘They are gods here, and the floods are about to begin.’ A pendant, ‘February 2011’, lists animals, crops, and diseases in a ledger of transatlantic exchange, ending with the ‘– / gold’ which has haunted the text. (The cover reproduces a painting by Catalan artist Jordi Forniés, profligate with gold leaf; the catalogue for Fornies’ most recent solo exhibition, Mirabile Dictu, features poems by Crowe Serrano: recommended for pictures and verse alike.) There is no cynicism or nihilism in this work; but it is materialist through and through. The rich verbal surface of one columbus leap is underwritten by ‘– / gold – / gold – / gold’; the pervasive melancholy a form of gilt.

David Toms’ Soma | Sema is as irrepressible as one columbus leap is dignified: from the opening invitation to ‘/touch/pause/engage/’ to the vascular meditations of a speaker who’ll ‘never be a trendsetter/ […] doomed to / a fate of pacemaking’, it is a self-delighted and disarming performance. The counsel to young poets (Toms is twenty-four; this collection is preceded by two chapbooks, one almost collection length) is often to refrain from premature publication. While few poets will relish the thought of suppressing an embarrassing first book, this advice does nothing to slow Irish poetry’s advance towards gerontocracy: ‘younger poets’ here often have birthdates in the 1950s and 1960s—to say that there is a smell of mutton about this journalistic phrase is of course not to claim that age is any barrier to innovation. But also, better to get it all out of your system early on, and this Toms does. Not all of it works. I was amused by the found texts of ‘A Brief History of Ireland – Version #136’ (lots of a certain Cromwellian-era Latin Secretary in there), but can’t agree with Scott Thurston’s jacket blurb that it represents a ‘peak’, either for the collection or for ‘the problem of thinking inside the physical forms of language.’ ‘The Great American Furniture Sale’ and its mock-exegesis, ‘The Gallery’, are more promising. Other ‘commentaries’, ‘After Soulwax’ and ‘After This is England’ are spunky, sputtering palimpsest-collages. Toms is still perhaps at a stage of furiously absorbing and disgorging material, rather than processing and forging it, but when so much poetry has taken in no more than the poet’s self-regard, regurgitating it as exquisite complacency, this is itself an achievement. Perhaps best of all, Toms is no snob, as happy to acknowledge the influence of Thurston and Peter Manson as he is to share his appearance in the Irish Examiner in a Facebook moment. Like his older contemporaries reviewed here, he is just about the last poet you can imagine trying to clinch an argument with some banality about the experimental nature of all poetry, and among the first to put the principle into practice.

Kit Fryatt was born in Iran in 1978, grew up in Singapore, Turkey and England, and moved to Ireland in 1999. She runs Wurm im apfel and Wurm Press: wurmimapfel.net.