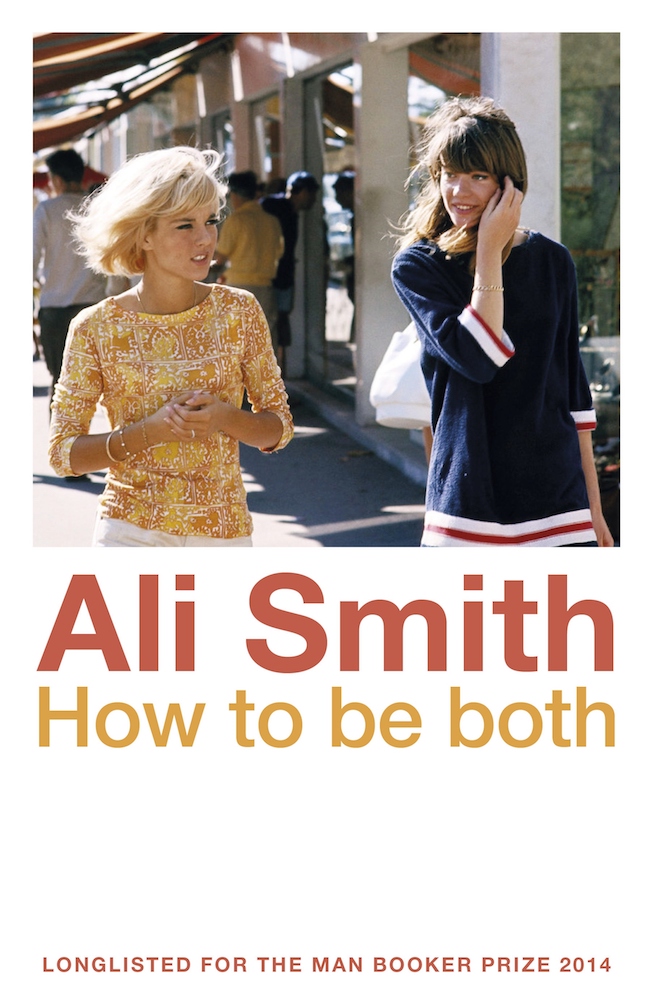 How To Be Both

Somewhere in the middle of Ali Smith’s Booker-shortlisted How to be both, a British family visit a 15th-century fresco in Ferrara, Italy. Carol, the mother, muses on the relationship between experiencing a piece of art and knowing its chronological history. Sometimes, she tells George (her very teenage, very uninterested daughter), the underdrawings for the paintings are later discovered to be radically different from the finished work. ‘But the first thing we see… and most times the only thing we see, is the one on the surface. So does that mean it comes first after all? And does that mean the other picture, if we don’t know about it, may as well not exist?’ The novel is divided into two separate but interlinked parts, one part dealing with George and her mother, the other with the painter of the Palazzo Schifanoia that they have come to visit—Francesco del Cossa, a real historical figure. The story you read will start with one part or the other—both called Part One—depending on the copy of the book that you have selected. To be sure, no reader is an entirely detached critic, but in this case Smith has denied us even the pretence of a neutral reading, making us ask if we can ever truly separate ourselves from our past to read something objectively. To quote Carol again, who is prone to asking questions that resonate throughout the book: ‘Which comes first? What we see or how we see?’

As if to prove her point, the reader witnesses this conversation through the opaque filter of time passed. It is now six months later, and three months since George’s mother died suddenly—leaving George to deal with her absence, and the painful presence of her memory: ‘That was then. This is now. It’s February now… Her mother’s not now anything.’ George is an endearing, brainy, and somewhat odd 16-year-old with a pedantic obsession with grammar, and it is her consciousness that dominates this half of the novel. Conversations, images and turns of phrase all serve as trapdoors into earlier memories, and, naturally enough, the shadow of grief hangs over her present-day experiences, so that what we read is hybrid of then and now, a conversation between ‘the George from before her mother dies’ and ‘the George from after’. Interwoven with her memories, however, are touchingly plausible interactions with her father and brother; speculations about art, empathy, history, and pornography; and moments of charming tenderness with H, her school friend who makes her feel ‘in an undeniable present tense’.

The other Part One is set in an even less concrete space, somewhere between memory and experience. Here, the spirit of the artist del Cossa—bodiless and voiceless, but with a fully functioning sense of humour—is dragged from the 15th century to the present day. Del Cossa, it transpires, was born female, but lived publicly as a man so as to be allowed to work as an artist. She in turn mistakes George for a boy, and as she observes her from afar she is constantly reminded of her own past. Although Francesco’s train of thought jumps back and forth in the same erratic manner as George’s, her story is a surprisingly traditional Künstlerroman—except for the fact that she is biologically female. In a refreshing twist on a classic trope, the women in the Bologna house of pleasure teach del Cossa the art of love in exchange for portraits, and show her that ‘in the making of pictures and love—both—time changes its shape: the hours pass without being hours, they become something else, they become their own opposite, they become timelessness, they become no time at all’.

My copy of the book started with the modern-day part, and so the only story that can exist for me holds George at its centre. I cannot go back and read it the other way, knowing what I already know about the lonely-looking ‘boy‘ that del Cossa is watching. In fact I almost don’t feel qualified to talk about the other version because I have never read it—worse still, can never read it. For me, a story starting with Francesco might as well not exist; we can never, as Carol laments, ‘get beyond ourselves’ to know the other story. All the same, I can’t help but feel that George’s story is the meatier, more engaging of the two. Francesco’s part seems a little like an add-on, or a side note, and struggled to live up to the promise of the first half. In a book so full of echoes and duplicates, and with so many parallels between George’s life and Francesco’s, the lack of equilibrium between the two halves is a little disconcerting.

But then, I wonder whether that isn’t the idea. In another imagined exchange with an Italian renaissance artist (Parmigianino, painter of the original ‘Self Portrait in a Convex Mirror‘) John Ashbery eventually becomes disillusioned with his vision of the world as a single, perfect whole. If the work of art is perfectly unified within itself, it must be separate from the world, and not truly reflective of it: ‘a globe like ours, resting / On a pedestal of vacuum’. Maybe Smith has deliberately made the two halves uneven, co-existent but not cohesive, and filled it with so many flashbacks, asides and contradictions in order to create a work that is, as George describes del Cossa’s vastly diverse fresco, ‘so full of life happening that it’s actually like life‘.

If this all sounds dreadfully complex, please bear with me. It’s difficult to discuss the fascinating topics raised without straying into the annoyingly theoretical. In fact, unlike John Ashbery, Smith’s writing is refreshingly simple. Her loose, seemingly spontaneous style makes every flashback and flash-forward read like a perfectly natural progression. Or, as Francesco tries to tell George, ‘roads that look set to take you in one direction will sometimes twist back on themselves without ever seeming anything other than straight.’ Moreover, Smith asks all these questions about death, time, memory and identity in such an offhand manner that they appear a mere supplement to the very real humans she creates. As well as sardonic, generous, charming George, I am left with a crisp impression of her impish, argumentative mother. Carol is a warm and vibrant creature, to use a variation of another of Francesco’s analogies, pulled like a fish from her daughter’s memories and straight into the mind of the reader.

For a school project on empathy, George’s friend H suggests that they should imagine they were in del Cossa’s head. This, coupled with the fact that Francesco’s spirit speaks in a surprisingly modern idiom (phrases like ‘just saying’ crop up a lot), suggests that the painter might have been imagined by George herself. But del Cossa’s memories are so vivid, and her observations on George so shrewd, that it’s hard to imagine she exists only in George’s mind. So does it matter if Francesco is the fruit of George’s invention, or a spirit summoned from the 15th century? Must del Cossa, or George, be either male or female? Do we have to forget about the past in order to live in the present? Must we choose one explanation? The novel is a call for an acceptance of multiplicity as a part of life, and an uplifting and utterly enjoyable celebration of the multifarious forms of love and art and identity. True, we can only really experience one of the two stories on offer, but it‘s worth it for the multiple possibilities allowed us in return.

Lily Ní Dhomhnaill is the reviews editor at The Stinging Fly. She is writing a PhD on US poetry, and she lives in Kerry and London.

His first year tilts to winter