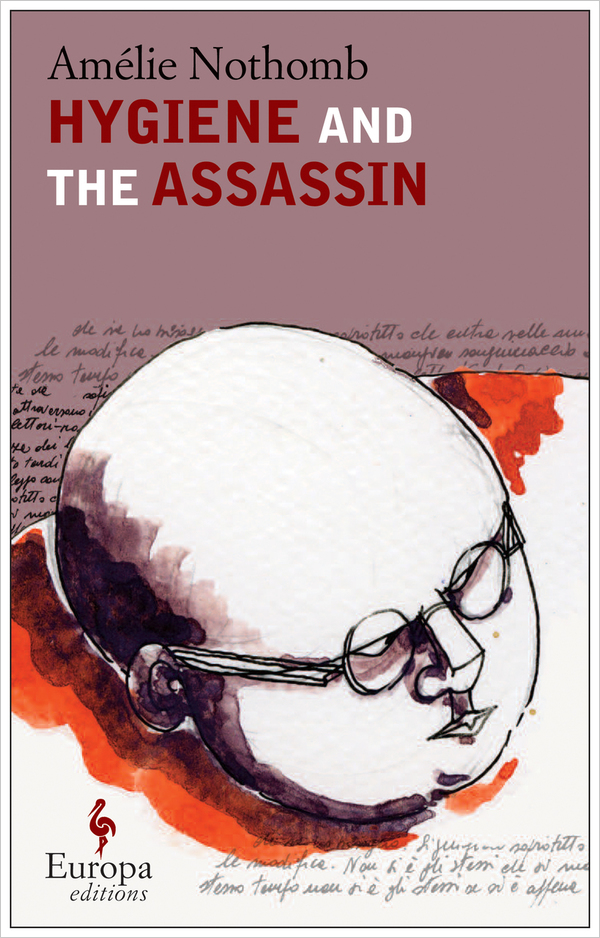 Hygiene and the Assassin

Alongside Michel Houellebecq, Amélie Nothomb is currently one of the most popular novelists in France. A Belgian aristocrat born into a family of diplomats, she lived in Japan until the age of five, at which point her family moved between various countries in the Middle East. She often mentions her sense of isolation and speaks of her life in Asia as a constant ‘exile from a “normal” life’. Paradoxically, things became more difficult for her when at the age of seventeen she moved to Belgium for the first time. She was a stranger; she felt self-conscious, grotesque, clumsy and ludicrous.

In 1992, aged twenty-five, she made a breakthrough in the French literary world with Hygiene and the Assassin, whose English translation by Alison Anderson has just been published. The book was a tremendous success and was awarded the René Fallet and the Alain Fournier literary prizes. She is also the author of Loving Sabotage, Human Rites, The Stranger Next Door, Fear and Trembling, The Book of Proper Names, Antichrista, The Life of Hunger, Sulphuric Acid, and Tokyo Fiancée.

Her many appearances on television and her numerous interviews in the press, along with her glamorous looks have contributed to her status as a ‘rock n’ roll writer’. In the spotlight, she became a character sporting a doll face with red lips and a pale complexion framed by long dark hair. Exhibiting a Japanese version of herself, she no longer tried to be ‘normal’ but seemed to enjoy the freedom of her own eccentricity. Dressed in black and usually crowned with a spectacular hat, Amélie’s face features on most of her books. Although she did not initiate the marketing of her own image in support of her works, she learnt to play with this public persona and soon engaged in the game: ‘We are full on in the realm of images. For me, the only way to make it bearable was to ensure the image was as delirious as possible. You want images? Here you go, I’ll give you images galore!’

Well aware of the public fascination for celebrities and the potential mystique of many writers, Amélie Nothomb fuelled the public’s curiosity by revealing details of her past and by drawing attention to similarities between her novels and her life. She told the world how she began to suffer from anorexia at the age of thirteen. Starvation was part of a strategy aimed at preventing the development of her body into puberty. This plan was also adopted by her sister who was two and a half years older. They feared separation: ‘We did it consciously because we did not want to become adults, we did not want an adult body.’ She evokes the singular intimacy and the passionate proximity which united both sisters in this intense fusional relationship. At the age of seventeen, she stopped starving herself and began writing. Her increasing intake of food unleashed a flood of written words. In a strange balancing act, she somehow took over from her older sister for whom the end of eating marked the end of writing. The writing gift was passed over to Amélie who claims she only publishes about a quarter of what she writes. She now describes herself as a ‘graphomaniac’ who needs to write for a minimum of four hours every day, without exception, and regardless of circumstances. She has written over seventy novels.

Hygiene and the Assassin is the story of wheelchair-bound Prétextat Tach, an obese novelist of eighty-three, crippled by bulimia, whose appetite for eating runs parallel with his appetite for writing. Monsieur Tach was awarded a Nobel Prize but most of his prolific output is kept under wraps, and his pen dried up some twenty-four years ago—at Nothomb’s age when she decided to publish the book. In a ventriloquised statement, Prétextat Tach explains: ‘There is enough material in my drawers for a new novel by me to be published every year for a full decade after my death.’

The first half of the novel consists of a series of biting dialogues. Prétextat, the cynical writer, engages in a sumo-like combat with his interviewers and flattens them one after another. Coherence does not apply. All sorts of literary clichés are thrown around the arena. The novelist’s sarcastic voice is a sheer pleasure and the reader cannot suppress a smile at the many pretentious aphorisms such as ‘a novelist is a person who asks questions, not one who answers them.’ Amélie Nothomb does not stint on exaggeration and takes her characters to the merry verge of the absurd.

Given the title, the reader might expect a plot involving a murder, a victim, or an assassin. It soon becomes difficult, however, to see how any of this could happen since Prétextat lives in complete isolation from the world. He does not have any family and does not leave his apartment except to go shopping for food. He does not like women, he does not like men either. In fact he does not like anything human—even if he acknowledges the beauty of some children. He gets his only kick from food. He is fat, ugly and hairless. Self-emasculated by his gluttony, Prétextat’s sex life is very limited, but in a most comical passage, he praises the skill of his hands, the only attractive part of his body (so far as he can see), and there ensues a witty eulogy to masturbation which somehow manages to reveal a lot more than one might perceive initially. Beyond its erotic connotation, the Latin verb masturbare, based on manus (the hand) and turbere (to disturb, to trouble) provides the existential key to Prétextat. Just as the reader begins to wonder where these savage interviews are going, a different type of journalist, Nina, comes on the scene. The text truly begins at this dramatic moment.

This is where Prétextat stops being Prétextat, for his cynicism has no power over Nina. In fact, she begins to take power over him. Nina is the first female journalist to interview him. Unlike her colleagues, she has read and deeply engaged with the writing of the old creep, to the point of developing a fine perception of the creative mind at work in his books. A verbal joust begins and she warns the novelist: ‘I like to see people crawling at my feet.’ The witty ‘little bitch’ unmasks him and confronts him with his own sordidness. Some of his past is disclosed. The master author is exposed. Prétextat is actually of aristocratic stock, a prince turned into a grotesque monster. He did not have a sister but he had a cousin, two and a half years his younger, to whom he was fusionally attached until the age of seventeen. He wanted to remain a child. Incestuous love blends with the romantic dream that eternal youth will be granted posthumously. A disturbing Hegelian link grows between Prétextat and Nina who becomes his ‘avatar’. Some terrible gift is eventually passed on to her as she learns to mix her ink with blood.

Sandrine Brisset comes from Brittany, in the West of France, and has been living in Dublin for over a decade. She has spent many years lecturing in the Law School of Trinity College Dublin and in the English Department of Saint Patrick’s College, Drumcondra. With Noreen Doody, she has edited Voicing Dissent: New Perspectives in Irish Criticism. She is the author of Brendan Kennelly: Behind the Smile.

Everything but the Goblets