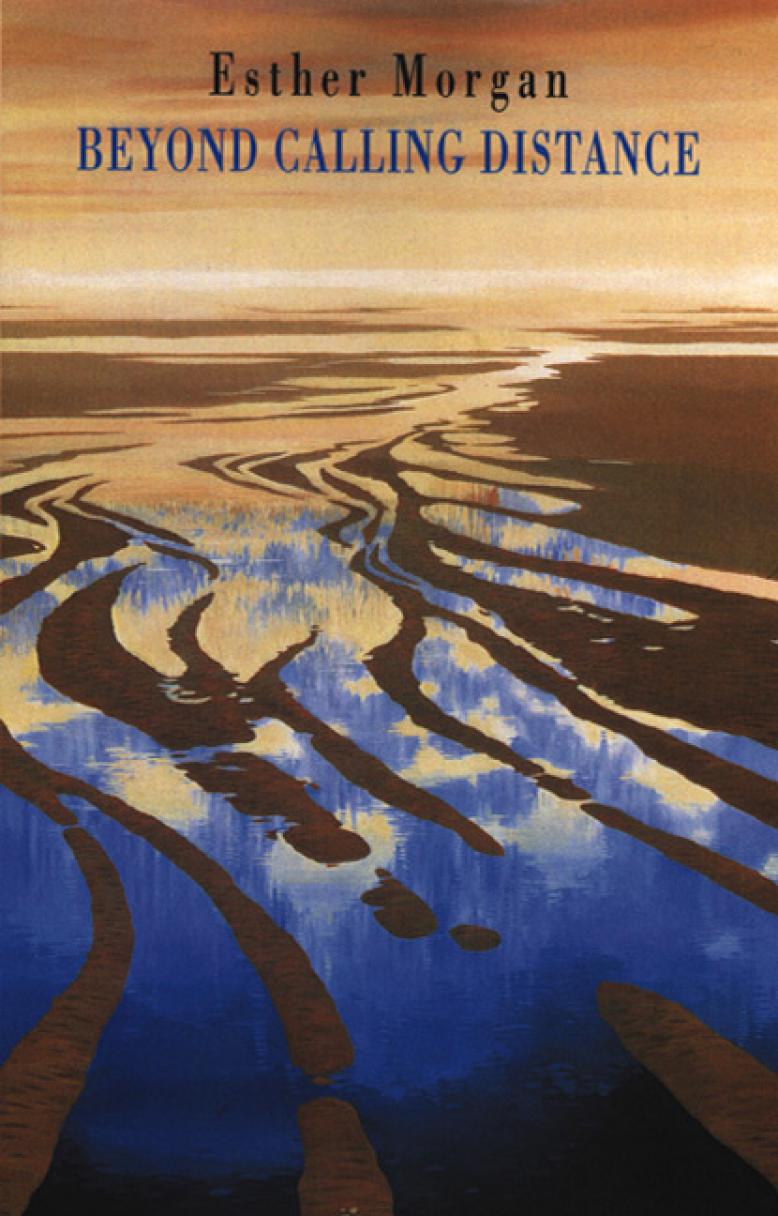 Commentators are constantly assigning poets to neat categories so they can identify schools and movements and ascribe common characteristics to frequently diverse ranges of writers. It’s too early into the 21st century to hazard a title for the group of new poets beginning to make their mark on the UK poetry scene. Indeed, there is a transitional feel to some of their work, suggesting that they, too, feel a little unsure of their positions within the tradition. Yet for all that uncertainty, some strong voices are emerging.

Among the most exciting is that of Paul Farley, a Liverpudlian poet who attracted huge critical acclaim for his first collection, The Boy from the Chemist is Here to See You, when it was published by Picador in 1998; it went on to win the Forward Prize for Best First Collection that year. Farley was back in the prize-winner’s enclosure in 2002, when his second collection, The Ice Age, picked up the Whitbread Poetry Award. Farley is a highly controlled and visual writer; his first collection is filled with evocative portraits of a childhood landscape. Take this extract from ‘Termini’:

What else is there? The city has shrunk back / from the front, slowly, over the years / leaving this airy strand the buses bypass, / and now nobody’s journey into town / ends with a top-deck, front-seat panorama.

Farley’s work can be richly comic. In ‘Papal Visit,’ again from the debut collection, the poet imagines the surreal outcome of the Pope’s plane being diverted from Manchester to Speke Airport in Liverpool.

He might take this route if the traffic’s bad / on Menlove Avenue and drive past here, / past the spotlit five-a-side cage, past / the row of scorched shop units, past the pub / with two dogs on the roof, and if he does / he’ll surely wonder at the poor turnout

Yet his elegiac touch is equally sure, as the intensely moving ‘A Minute’s Silence,’ Farley’s tribute to those who lost their lives in the Hillsborough disaster, testifies:

…It seems to last / a small eternity–the happy hour / that stretches to three, the toast, the final spin. / I observe the silence sneak through turnstiles / and catch on quick-a bar muffles its pumps;

And in ’11th February 1963,’ from The Ice Age, Farley weaves the contrasting fates of doomed artists Sylvia Plath and John Lennon; Lennon was recording the Beatles’ first album at the time of the poet’s suicide.

At these pressures the distance has collapsed:/ the studio clock winds up over Primrose Hill, / or the poet and her sleeping children crossed / the mile to Abbey Road. This milk bottle / might hold what John’ll drink for one last take; / that she’ll leave out for when the children wake.

Alice Oswald’s first collection, The Thing In The Gap Stone Stile, was well received when it appeared in 1996. Yet it was her second collection, Dart, a book-length poem published by Faber in 2002, that led to claims that she is a natural successor to Ted Hughes (a good thing, apparently).

According to Oswald, Dart, which won her this year’s T.S. Eliot Prize, was based on the language of men and women who live and work around the river and was drawn from recordings she made of them over a two-year period, using them as ‘life models’ from which to sketch out the characters that people the poem. It is a leisurely, ambling poem that draws you along with it, giving you the feel of a favourite river-side stroll on a sunny Sunday afternoon. You can get a sense of her style from this section from the second page of the poem (it’s hard to identify a quote in this poem, other than by page reference!):

I don’t know, all I know is walking. Get dropped off the military / track from Oakenhampton and head down into Cranmere pool. / It’s dawn, it’s a huge sphagnum kind of wilderness, and an hour / in the morning is worth three in the evening. You can hear / plovers whistling, your feet sink right in, it’s like walking on the / bottom of a lake.

To make sure you don’t get lost on this walk, Oswald provides Coleridge-style glosses in the margins. She also introduces a wide range of forms, dialects and rhythms to keep the momentum going. She can be breathtakingly lyrical, even about mundane subjects like drainage:

This is the thirst that draws the soul, beginning / at these three boreholes and radial collectors. / Whatever pumps and gravitates and gathers/ in town reservoirs secretly can you follow it rushing / under manholes in the straggle of the streets/ being gridded and channelled up / even as he taps his screwdriver on a copper pipe/ and fills a glass. That this is a thirst that streaks / his throat and chips away at his bones between lifting / the glass and contact whatever sands the tongue, / that draws his eyehole to this space among / two thirds weight water and still swallowing.

Emerging from Dart strangely satisfied, and not remotely damp, one next encounters Owen Sheers, around whom there is, perhaps, the greatest ‘noise’ at the moment. Sheers is a 27-year-old from Wales who spent his early years in Suva, Fiji, and who has already attracted superlatives from the likes of Andrew Motion and Danny Abse (he is a graduate of Motion’s UEA creative writing programme). His first collection, The Blue Book, was published by Seren Press in 2000 and was short-listed for the Forward Prize. His second book, a Zimbabwean travel narrative called The Dust Diaries, is due out from Faber in 2004.

If you’re on the lookout for muscular poetry, Sheers supplies it in abundance. His poems are dense with sinewy images, yet his touch is light. In this extract from ‘Hedge Foal,’ the poet describes birth in graphic detail:

Then the afterbirth, discarded by her side: / a jelly fish placenta, / its bloody tentacles and loose, clear skin / slick over dock leaves and nettles. / The bitten umbilical cord like red steel rope.

Sheers has a sharp eye and clearly finds the world of farming and nature a rich source for poetry, yet he manages to avoid the trap of predictability through the use of occasionally audacious similes, such as the following from ‘Lambing’:

My father gloves himself in her / up to his elbow, on his knees, / head angled, cheek resting / on the sprung wool of her rump. / Looking for coins down the back of a sofa.

I must admit to laughing out loud when I first read that passage, but with admiration for the sheer nerve of it, no pun intended. And when Sheers engages his lyrical powers in full throttle, one is left open-mouthed. Take this from ‘Learning the Language, in which a small boy learns about life through the harsh lessons of nature:

Beneath the old oak in Llanddewi, / its tiny brains of mistletoe / showing in silhouette against the white sky;

this was where to find them. / Hard knots of hair and mucus / the paper twistings of a nervous hand,

packaged and pulled in the guts of an owl, / dropped with an upward swallow, / a single feathered heartbeat in the throat.

If Sheers’ eye for the viscera of life is not to your taste, you may prefer Helen Ivory, whose poetry seems to derive from a more surreal, inner landscape. Ivory, who, like Sheers, won a Eric Gregory Award, published her first collection, The Double Life of Clocks, with Bloodaxe in 2002. Ivory’s is a poetry of transformations; what you see is rarely what you get and although this sometimes leads to poems which depend too much for their impact on one initial gag-for example in the poem ‘In Winter,’ where she rather labours the contrast between a personification of winter and her own poetic persona – it can also be mischievously effective, as in the first poem in the collection, ‘Meow,’ although even here she edges dangerously close to telling us rather than showing us:

I have always suspected but now / I know for a fact that I am not a human being. / As children, my sister and I were cats. / We would slink around the house, / pause, scratch at fleas and demand our mother/ feed us saucers of milk on the kitchen floor.

Ivory’s world is full of bewildered women – wives, daughters, patients in asylums, unhappy girlfriends. It is a strange nocturnal place, in which characters wake to discover extraordinary metamorphoses, as in ‘A Curious Thing.’

This morning, I woke to find that / I had shed a skin. / Stranger still; / I was beside myself … A translucent barely there shape / formed around the contours of my bones. / She slept soundly and peacefully, / unaware she was without structure.

Because Ivory relies more on this type of surreal portraiture than on rich imagery or linguistic cleverness, I was sometimes left with a sense of her poetry as a series of non sequiturs to which I could only respond: ‘Well, and so?’ And while I smiled wryly at many of her observations, I didn’t come away from her work with an abundance of memorable lines. But she may well develop that depth in time.

Esther Morgan is a stable-mate of Ivory at Bloodaxe and she, too, won an Eric Gregory Award. Like Sheers, she is also a graduate of creative writing at UEA, and published her first collection, Beyond Calling Distance, in 2001. Morgan’s landscapes are more tangible than Ivory’s, more attuned to the natural world. In ‘The Cows,’ she treads Muldoon country with reasonable assuredness.

The tags in their ears made them gypsyish / and I longed to follow them, / their slow hypnosis under the moon stealing me through the meadow / and into the mist that made/ ghost ships of the silver birches.

And she has a light touch for sensual description, as in
these lines from ‘Avocados’:

l like the way they fit in the palm-/ their plump Buddha weight, / the sly squeeze for ripeness, / the clean slit of the knife, / the soft suck / as you twist the halves apart, / the thick skin peeling easily. / Naked, they’re slippery as soap.

But, as with Ivory, her poetry left me waiting for more; more development of the themes she chooses, a more ambitious approach to the language she uses. But that is the nature of first collections. They are testing grounds for a variety of styles and voices. In subsequent books, both poets will be able to build on their achievements and find greater maturity. Indeed, it will be interesting to watch how all of these poets deliver on the promise of their early work in the years to come.