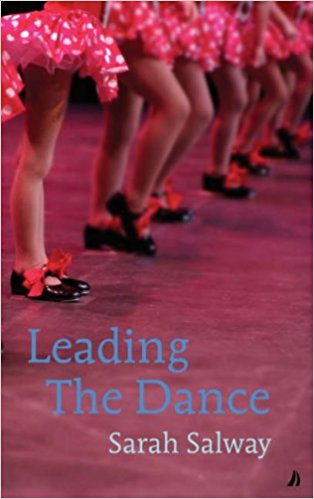 There is a lot of to-ing and fro-ing among writers and critics around the question ‘what is a short story?’ Short fiction authors are often treated by publishers and reviewers as less important than novel writers. Many short fiction writers, however, are committed to perfecting the form, having found that it is what best suits them and their writing. As Rana Dasgupta said, discussing short fiction at the 2006 Small Wonder Short Story Festival: ‘The quest for form—the search for the voice and scale necessary to what one wishes to say—is the primary effort of writing.’

As well as the arguments regarding its position in relation to the novel, there are debates about ‘rules’, such as acceptable word counts (less than 12,000 words?), about whether characters should be physically described, and if there is room in a story for shifts in location and time. Edgar Allen Poe’s ‘rules’, which seem generally to be agreed with, are that a story should be read at one sitting, and that the reader should be left with ‘a sense of the fullest satisfaction’.

Novelist Sarah Salway’s first short fiction collection Leading the Dance certainly fits with Poe’s vision. The stories in this book offer a variety of lengths—all easily digested in one go—and many leave the reader happily ruminating on various ‘what ifs’. A central theme—if there is one—is the marginalised voice: the other man, lovers who are lost, small children, isolated wives. One of Salway’s gifts is her control of the precise language used to tell these stories, while always maintaining a gleeful undercurrent of mania. She also likes to tease the reader: just as we feel we know where we are, things often take a sinister turn, as in ‘Quiet Hour’. In this story, a child’s jumpy mother waits in her bed for her lover, only to be presented with her husband. Told from the viewpoint of the innocent Malcolm, the boy acts out his confusion with the untrustworthy adult world by damaging his father’s brand new car.

In ‘The End of the Ice Age’, a petulant man doesn’t want his lover to leave on the next airplane, so he tries to delay her with more sex, but his own indecision and bratty behaviour get in the way. The menace in this sensuous tale is well executed and unsettling—it’s never altogether clear if the man loves or loathes his mistress.

The story ‘A Lovely Evening’ shows three far-from-lovely evenings, where we find the stories of a cuckolded wife, a possible date-rape victim, and a delusional lover overlapping each other. The title is ironic but for someone as capable as Salway of coming up with arresting titles—’Jesus and the Aubergines’ and ‘The Fabulous Button Sisters’, for example—story titles such as ‘A Lovely Evening’ and ‘Lonesome Tonight’ smack of a lack of thought. By its specificity, the name of a story should intrigue the reader and make her want to read on; other titles, like ‘Keeping the Rules’ and ‘Blind’, won’t lure a reader and yet each story in this collection is worth reading.

Salway is fearless in her choice of subjects: she is good on contemporary themes of love, betrayal and twenty- first century isolation, as well as sensuality and violence. She is exceptionally good on the blundering, small-minded men who people the stories featuring relationships, and the sometimes confused and angry women who love them. In the collection’s title story, ‘Leading the Dance’, Deborah wants to cut her nerves ends away: ‘the ones on her fingertips, in her pupils, on her tongue, between her legs,’ the better to block out her violent and controlling husband. This is energetic writing, ripe with menace and wit, and Salway’s economic language and occasional stylistic flourishes—for example, where she describes make-up sitting on an old woman’s skin ‘like enamel paint on black crow feathers’—give her writing an easy flow.

I don’t like criticising small publishers—their lot is far from easy—but for a book with such lively content, the dark cover is dull; even a splash of colour in the title would make it more appealing. However, it is Bluechrome, and their small press brethren, who are publishing short fiction collections from talented, lesser-known writers, and the reading public can only be grateful for that.