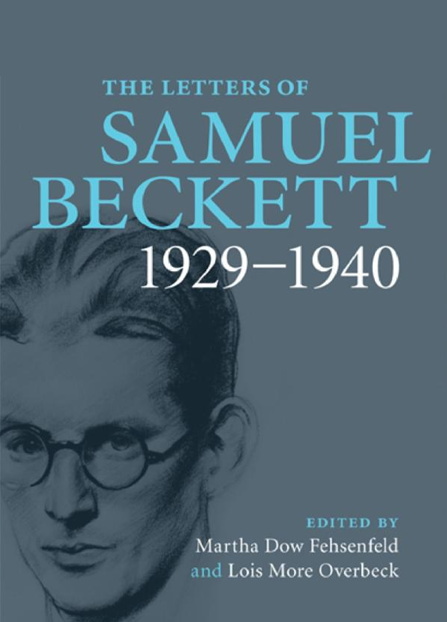 For those, and they are not a few, to whom Beckett was a secular saint these glimpses of a master in the making constitute if not a Damascene revelation then something analagous to that of Schliemann who, when excavating Troy, gazed on the gold of Agamemnon’s mask. For the reader who has persisted through the self-consciously Joycean thicket of the earlier stories and Eliotian aridities of the verse to the pared away Giacometti skull-travelogues of the late plays, here is gold indeed.

Here are intimations of coming greatness, sparks that will later blaze. Here, too, the manic erudition of the early writings. Above all there is the hopeless struggle to express, extraordinarily articulated in a letter to Mary Manning Howe: ‘I lie for days on the floor, or in the woods, accompanied and unaccompanied, in a coenaesthesia of mind, a fullness of mental self-aesthesia that is entirely useless. The monad without the conflict, lightness and darkness. I used to pretend to work, I do so no longer. I used to dig about in the mental sand for the lugworms of likes and dislikes, I do so no longer. The lugworms of understanding.’ The all-pervasive acedia of his beloved Samuel Johnson who called his condition a ‘strange oblivion’ haunts these pages as it does the works. ‘I have been paralysed in listlessness and done nothing.’ Nor was this period a bed of roses for Beckett physically. He describes days in bed after the boil on his neck has been treated, ‘Pus pouring out through the stitches.’ He is dogged by ‘heart attacks’: ‘The old heart pounces now and then, as though to console me for the intolerable symptoms of improvement.’ And he assures Nuala Costello that ‘…the various eviscerations characteristic of my distemper are at the top of their form.’

But for all this he is a tireless correspondent and four books are produced with infinite effort. One feels that he would rather do anything else. He toys with the idea of curating a gallery (his knowledge of art, ancient and modern, is astonishing) with advertising and even this: ‘I think the next little bit of excitement is flying… I do not feel like spending the rest of my life writing books that no one will read. It is not as though I wanted to write them.’

He writes with great affection for his father: ‘I’ll never have anyone like him,’ and with rather less for his mother: ‘But I don’t wish her anything at all, neither good nor ill. I am what her savage loving has made me, and it is good that one of us should accept that finally.’

His feeling for Joyce is extermely moving: ‘He was sublime last night, deprecating with utter conviction his lack of talent. I don’t feel the danger of association anymore. He is just a very lovable human being.’ And it is hard not to be touched by what he writes after Joyce, in addition to paying him for some proofreading on Finnegans Wake, made him a present of an old overcoat and some ties: ‘I did not refuse. It is so much simpler to be hurt than to hurt.’ This is the compassion of the later Beckett as too is: ‘Miss Costello said to me “You haven’t a good word to say for anyone but the failures.” I thought that was quite the nicest thing anyone had said to me for a long time.’

But back to the struggle—this is the writer John Calder likened to ‘a traction engine driving a dogcart.’ Haunted by the conviction that he has ‘nothing to say but the itch to make.’ ‘Nothing has been degraded to paper. I have been too tired.’ And here in a passage from a letter to the poet Thomas McGreevy he tries again: ‘I’m in mourning for the integrity of a pendu’s emission of semen, what I find in Homer and Dante and Racine and sometimes Rimbaud, the integrity of the eyelids coming down before the brain knows of the grit in the wind. Forgive all this? Why is the spirit so pus-proof and the wind so avaricious of its grit?’

And again to Mary Manning Howe: ‘There is an end to the temptation of light, its polite scorchings and consolations. It is good for children and insects. There is an end of making up one’s mind like a pound of tea, an end of patting the butter of consciousness into options.’

Poetry fans will be delighted to find so many of the verses that became Echo’s Bones and Other Precipitates here in variant readings as well as sundry squibs and throwaways. As for the notes which follow each letter one can only wonder at the scholarship and research involved in their compilation. The editors have done so much homework it would take a pack of dogs to eat it all (and a largish magnifying glass to read them all). Nor must I omit to mention the ninety pages of closely written introductory matter. This is simply one of the most brilliantly researched works I’ve encountered.

Letters in Beckett’s excellent French and workmanlike German are given both in the original and translation. As this volume (the first of a projected four) concludes, Murphy, the vicissitudes of whose publication are herein exhaustively documented, has at last appeared: ‘I feel even less about its being taken than I did when it was rejected.’ The clouds over Unter Den Linden are no longer those so beloved of the author: ‘Skies whose death throes look more like embraces,’ but the massing heralds of a conflict that is to change his and our world irrevocably. A war in which he is to play a gallant part for his adopted France, which he is later, with characterisitc modesty, to dismiss as ‘Boy scout stuff.’

The great stains on the silence, Watt, Krapp, Godot and the rest are all before him; to come also, the Nobel catastrophe. But here he is, broke, almost unknown and on the run from an invading force, undamned as yet to fame: ‘I was thirty-three this week and wonder if the second half of the bottle will be any better than the first half. In the sense only I suppose that one has got used to the taste.’

Roll on the next three volumes.