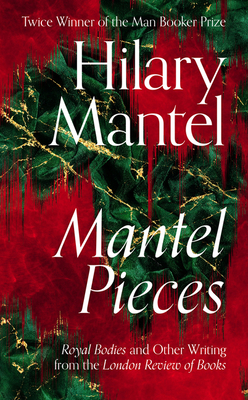 Critics often write as if style lived in the sentence, and the sentence only. Let Flannery O’Connor, in her essay “The Nature and Aim of Fiction,” stand for the mob of sentence-fetishists. Naturally, she’s talking about Flaubert. “All the sentences in Madame Bovary could be examined with wonder,” she writes. Then she quotes from the scene in which Charles watches Emma play the piano:

She struck the notes with aplomb and ran from top to bottom of the keyboard without a break. Thus shaken up, the old instrument, whose strings buzzed, could be heard at the other end of the village when the window was open, and often the bailiff’s clerk, passing long the highroad, bareheaded and in list slippers, stopped to listen, his sheet of paper in his hand.

Are these great sentences? James Wood has convincingly argued that Flaubert cursed prose with the tyranny of the small, judicious touch—that he “gave birth to the orthodoxy that the finest style of writing is a procession of strung details, a necklace of sensualities.” Sentences like these, in which one neat detail follows another, compel you to add up the pieces in your head as you go along; the scene is less grasped than construed, like, as Wood says, the solution to “a logic-puzzle”. Critics tend to praise such sentences, to quote them in isolation, to disassemble them into their component parts, to say, here is style. But as any practicing writer knows, style is only secondarily a matter of sentences. O’Connor herself gives the game away: she quotes not one sentence, but two. In fact, she quotes a paragraph.

For much of the last century, a Flaubertian fervour for the sentence has blinded us to one of the great obvious truths about prose style: that it lives not in the sentence but the paragraph. The paragraph is where rhythm begins (one sentence following another—answering, echoing, cancelling, expanding). And you cannot think in single sentences—only in a sequence of them. The paragraph is the basic unit of thought in prose.

I bring this up because I’ve been reading Hilary Mantel’s collection of literary journalism from the London Review of Books, the unfortunately-titled Mantel Pieces (a pun is only a pun if it points in two directions). And it provokes the reflection that Mantel is one of the great contemporary masters (mistresses?) of the paragraph—which is to say that she is one of the best prose stylists now living.

Mantel’s sentences, taken in isolation, often appear no more than workmanlike (though we are, of course, talking about workmanship of a very high order). It’s at the level of the paragraph that the nature of her style, by which I mean the nature of her mind, becomes clear. Look at the opening paragraph of her review, from 1992, of Christopher Andersen’s biography of Madonna:

Christopher Andersen’s book begins, as it should, with the prodigal, the violent, the gross. But what do you expect? Madonna’s wedding was different from other people’s. The plans were made in secrecy, and backed by armed force. ‘Even the caterer…was kept in the dark until the last minute.’ You also, you may protest, have been to weddings where the caterer has seemed to be taken by surprise. But we are not talking here about a cock-up with the vol-au-vents. We are talking about something on the lines of Belshazzar’s feast: but more lavish, and more portentous.

The effect of a paragraph like this is symphonic—and in using this word, I mean in part to suggest a powerful auditory sophistication: the way in which the careful variation of vowel sounds in the first sentence (“the prodigal, the violent, the gross”) modulates into comic assonance as the thought develops (“backed by armed force,” “cock-up with the vol-au-vents”), before settling on a combination of both at the close (“more lavish, and more portentous”). There is also the sheer density of information conveyed; and the tone, detectable not in separate sentences but only in the paragraph taken as a whole, of measured ironic mockery.

This is how to write. It is certainly how to write literary journalism, a humble art form but as susceptible to incompetence as any other. Mantel makes even the most competent literary journalist look like a hack. But there is apparently no prose form that falls outside the scope of her powers. We already know about her novels—my favourite is Beyond Black (2005), with its eerie sense of the margins of England (the gloomy “orbital roads,” the “Heathrow sheep, their fleece clotted with the stench of aviation fuel”). The Assassination of Margaret Thatcher (2014) demonstrated her casual mastery of the short story. Now Mantel Pieces—ranging beyond the book review to cover fields of memoir, biography, and polemic—proves that there is nothing she can’t do.

Take polemic. Her biggest essayistic hit, “Royal Bodies: From Anne Boleyn to Kate Middleton,” from 2013, brought the paparazzi to her door: a prominent novelist attacks the royal family! As Mantel herself noted in an email to Mary-Kay Wilmers, her editor at LRB (included here), “These are sad days for irony.” In anatomising the House of Windsor, “Royal Bodies” certainly exhibits Mantel’s typically ruthless clarity: “When it was announced that Diana was to join the royal family, the Duke of Edinburgh is said to have given her his approval because she would ‘breed in some height.’ Presumably Kate [Middleton] was designed to breed in some manners.”

But “Royal Bodies” isn’t really an attack on the royal family. Mantel’s actual quarry is the mundanity of human feeling that the symbology of the crown conceals. (Hardly a surprise, from the author of Wolf Hall.) One of her great gifts as a writer is the scarily lucid depth of her empathy—her ability to switch places with the people she examines, to see them, for an instant, as they see themselves. At a party in Buckingham Palace, she studies the Queen, who glares back, affronted. Mantel writes:

[F]or a split second her face expressed not anger but hurt bewilderment. She looked young: for a moment she had turned back from a figurehead into the young woman she was, before monarchy froze her and made her a thing, a thing which only had meaning when it was exposed, a thing that existed only to be looked at.

The Queen, existing to be looked at, has perhaps never been exposed to a gaze quite so penetrating as Hilary Mantel’s.

Mantel’s other great gift is her intelligence. She isn’t really an intellectual, in the theories-and-arguments sense. Beholden to no ideology, Mantel brings to her subjects a critical intelligence informed by her disabused knowledge of the world. She is unsentimental as a matter of policy. If the classic habit of the intellectual is to apply ideas to experience, Mantel operates instinctively in the other direction. “Royal Bodies”: not the idea of royalty, but the corporeal fact. Let ideas grow later, if they grow at all. When she writes about the French Revolution (and there are outstanding pieces here on Marie Antoinette, Robespierre, Danton), her subject is not the meaning of events but the subjective, often physical, experiences of the people who made them happen. Another perfect paragraph, from the beginning of “The People’s Robespierre”:

He expected it to end badly, and it did: a bullet from a pistol which shattered his jaw, a night of unspeakable agony, death without trial. During that night – ninth Thermidor, or 27 July 1794 – he made signs that he wanted a pen and paper. What would he have written? We cannot hope that it would have helped us understand him. He’d had his chance, you’d think: five years in politics. The historian George Rude estimates that Robespierre made some nine hundred speeches. He had spoken, of course; but had he been heard?

Bodies, pain, circumstance: these are the basic materials of Mantel’s mind. They shape her fiction, too. Recall the sheer physicality of Thomas Cromwell’s passage through early modern England, the beatings, hungers, thirsts, clothes, furnishings, filth. Recall fat Cardinal Wolsey in his finery, offering his robes to Cromwell’s expert touch (“Price me by the yard”).

It is the quality of mind you might expect in someone who has lived with chronic pain. Mantel has spoken often about her struggle with endometriosis; the best piece in Mantel Pieces is “Meeting the Devil,” an account of her hallucination-beset recovery from surgery in 2010. Here we glimpse the experiences that have shaped the disabused intelligence, the sources of Mantel’s hard-won knowledge of the world:

Illness strips you back to an authentic self, but not one you need to meet. Too much is claimed for authenticity. Painfully we learn to live in the world, and to be false. Then all our defences are knocked down in one sweep. In sickness we can’t avoid knowing about our body and what it does, its animal aspect, its demands. We see things that never should be seen; our inside is outside, the body’s sewer pipes and vaults exposed to view, as if in a woodcut of our own martyrdom.

Those sewer pipes and vaults. That woodcut. And the mind that sees necessity, even value, in the false self. Not every gifted writer is also a grown-up. (Some of them stay teenagers forever.) Every paragraph in Mantel Pieces shows you what it means to be both. To watch Mantel go to work on the world is one of contemporary literature’s unalloyed pleasures. Nobody does it better.

What Is In The Other Hand