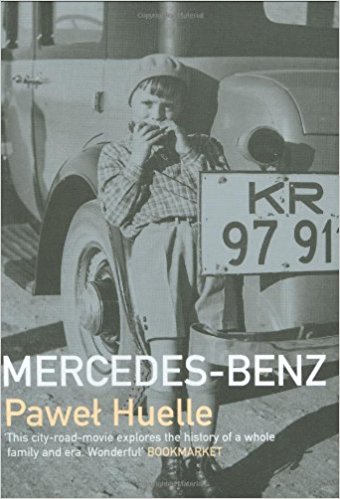 A few years ago, something of a commotion flared in the media over the publication of a book called The Bvlgari Connection. It emerged that its author, popular British writer, Fay Weldon, had been commissioned by Bvlgari, the Italian jewellery company, to write the novel and to do so with a clear view to touting the brand name. And so it was, that after years of infiltrating Hollywood films, commercial interests had begun to mooch in on literary territory as well. The novel’s plot, according to the critics, was typical Weldon—a smouldering mix of affluence, marital infidelity, and modern karma—in short, a real page-turner. But of course, it was never going to be a match for the real-life tale which surrounded the book’s release—a smouldering mix of affluence, artistic infidelity, and bloggers’ karma. The characters could not have been better had they been written: a renowned 69-year-old novelist, and recent recipient of a C.B.E., who nevertheless had a taste for scandal; her rapacious agent who thought this such a great idea that he was going to encourage all his clients to solicit corporate sponsors; and, best of all, a chic Italian jewellery chain which claimed, rather too innocently, that it just wanted to do something special for the opening of its new London store. ‘Chi? Io?’

Like most trivial news items, this story eventually slid off the radar. But perhaps for both readers and writers alike, one or two intriguing questions remained: First of all, is a retail concern like Bvlgari all that different from, say, Harper Collins or Penguin? And second, more specifically for the authors, Would you?

I am happy to say that Mercedes-Benz, a new novel by the Polish writer, Pawel Huelle, is not an advertising gimmick for the German carmaker. Though I don’t think the people at Daimler-Chrysler will be too disappointed either. The prevailing metaphor of this slender book is clear from the start: Life was good when once we were behind the wheel of that fine automobile.

Huelle’s novel is actually a lot more humble than the title suggests. In a series of letters to the late Czech writer, Bohumil Hrabal, the narrator, Pawel, relates his experiences of learning to drive. Pawel is a thirty-something writer living in Gdansk in the suddenly post-Communist years of the early 1990s and begins to take lessons at a local driving school under the instruction of an alluring younger woman, Miss Ciwle. To break the ice, Pawel begins to tell her stories of his family’s motoring history, extending back, for the most part, to his grandparents’ lives before the war.

What follows is a chronicle of car races, car accidents, and the inevitable car repairs; a Polish road movie across the generations. The stories are, at times, nostalgic and absurd; at times, poignant. Huelle writes in a Sebald-esque style of memoir, fiction, and photographs, and doesn’t bother to stop for section breaks or chapter breaks, or anything at all. It’s a format that constantly runs the risk of feeling claustrophobic and often does.

But Huelle has a light touch. His characters never rise above caricature, and this suits here. Their lives are adrift among profound economic shifts, world wars, and small everyday miseries. They are content simply to stick their fatalistic heads out every once in a while and steal a bit of happiness. There is one particularly sweet account of the narrator’s father, who, in the early 1970s, buys and restores an ancient Mercedes 170 series, similar to the one his own father had owned in the thirties. To the growing exasperation of his wife, the old man spends more time trying to keep the thing in one piece than he does driving it, yet nothing can diminish the enormous pride he feels in possessing what was once a part of his childhood. ‘Incredible,’ Miss Ciwle comments accurately at one stage, ‘your father must have been a real romantic.’

Huelle is well aware of the major world events that have passed through Poland in the last century like one long terrible train on its way to somewhere else. But it is a particular quality of Eastern European writers to view the sweep of history as though it were part of the scenery. These are bad times, there will be better ones. Seventeen years after the fall of the Berlin Wall, we, as Western readers, are still entranced by this almost exotic sensibility. One need only consider the popularity of present-day writers like Andrei Makine who continue to draw lyrically the map of a world that, for all intents, no longer exists.

Historically, what is most interesting in Mercedes-Benz is Gdansk in the years after Communism. Huelle writes of a city that is constantly under threat from itself. Traffic jams, middle-class swindlers, everywhere a crash-course in free-market ambiguities. The characters get drunk with friends or share a joint with a stranger, in the vain hope that maybe things will be better in the morning. Recalling one’s family stories, as Pawel does for his beautiful driving instructor, is tempered more than anything by one’s inability to forget the present.

According to The Irish Examiner, 33,000 Polish migrants came to Ireland in 2004, after the accession of the new EU states, and they continue to arrive today at a rate of about 1,000 a month. By any standard, that’s a lot of Polish people. Yet despite these numbers, their impact on Irish life seems surprisingly muted. Perhaps this is because they are too busy slaving away at those jobs the Irish no longer wish to do. But at the risk of pushing a generalisation, one gets the sense that they have yet to unpack. Like new immigrants anywhere, theirs remains a sub-culture based in part on as-yet-unrealised possibilities and an adolescent codependence among themselves. Perhaps we’ll just have to wait for the novel. That great Cracow epic, that will emerge in a few years time, set along the banks of the Liffey or the Lee.

For the moment, we have Pawel Huelle, and that’s a pretty good start. To be sure, Mercedes-Benz is not without its faults. Cracks appear throughout. Some of the stories told along the way are hard to swallow and there are so many hackneyed references to antiquity that you can almost smell the Aegean. Also the loose letter format (‘my dear Mr. Hrabal’) never seems more than what it is: one device too many. Yet what saves this novel is perhaps the oldest cliché of all—the possibility of a love story. The subdued sexual tension between Pawel, the narrator, and Miss Ciwle, is so enjoyable a read that it’s nothing to forgive Pawel, the author, his shortcomings.

If there is one fault to which he might be held to account, it’s that Mercedes-Benz simply ends just as it gets going. You can’t help but want more from this story in spite of itself. Like the narrator, we are left walking the traffic-clogged streets of Gdansk, wondering if somehow things could have been different. We try to glean some further meaning from Miss Ciwle’s casual remarks, or some incidental physical contact during a lesson. But, in the end, we have only moments like this, standing outside a petrol station:

Not bad. Enough to soften the heart of the most meticulous of German car engineers.