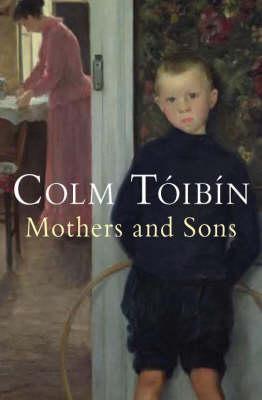 Following the publication of the Ferns Report in 2005, Colm Tóibín wrote in the London Review of Books about that catalogue of clerical sexual abuse which had taken place in his native County Wexford over a thirty year period. Some of the abuse of boys and young men had taken place at his secondary school, some of it at the time he was a student there, and was carried out by priests whom he had known. His assessment of what the report uncovered was thoughtful and incisive but also a passionate and angry indictment of the Irish Catholic Church and what he sees as that institution’s continuing power in the Irish Republic. Tóibín is of that generation of Irish intellectuals who insist, sometimes contrary to the available evidence, on seeing Catholicism and nationalism as the root of all of Ireland’s ills, but this was nevertheless a provocative and timely intervention.

One of the stories in this collection, ‘A Priest in the Family,’ has Tóibín approaching that subject of sexual abuse by Catholic priests and its aftermath from a perspective that has not received much attention. The story attempts to gauge the effects of the disclosure of such abuse on the perpetrator’s mother. The opening is very characteristic of Tóibín’s writing: a finely observed description of scenes from the life of a widowed, middle-class grandmother in a provincial Irish town. Like Dora in his novel The Blackwater Lightship (1999), Molly is one of those characters Tóibín seems to get so much enjoyment from drawing—the self- sufficient and fearless grandmother whose frankness and hostility to cant brings an enlivening gust of humour into his stories. To her priest’s diplomatically mild blandishment that ‘there are many ways of being holy,’ Molly deflatingly replies that ‘in my time there was only one.’

Molly’s pleasant routine of chores and diversions is interrupted when she is finally told what those around her have been keeping from her—that her son, a priest, has been charged with sexually abusing teenage boys. The story ends with one of Tóibín’s typically understated conversations between mother and son. With little said but much understood, Molly lets her son know that during his impending trial she will ‘be here’ for him without suggesting that she denies, condones or forgives what he is supposed to have done. With great subtlety and nuance, Tóibín draws out the implications of that banal but still deeply challenging truth that no matter how despicably a man has behaved he is still somebody’s son and brother. His other great achievement in this story is giving such rich imaginative shape to an experience that must have faced many Irish families in the last fifteen years.

The territory of Mothers and Sons is the emotional terrain of the Irish family, which is the setting of all but one of the stories here. (The exception is ‘A Long Winter,’ which is set in rural Spain.) To that extent it is a return to the setting and many of the preoccupations of The Blackwater Lightship, and his earlier novel The Heather Blazing (1992). His best novel so far, the acclaimed The Master (2004), took him historically, geographically and socially away from that space. However, the imaginative reconstruction of the James family and the fretwork of its emotional structure makes that novel an elaborate variation on the central theme of Tóibín’s fiction. This theme is of the ties that bind and the searing pain that accompanies their loosening, most particularly when the cause of that loosening is death.

As has been widely acknowledged, Tóibín’s writing soared in The Master; reading that novel was a rich and intensely satisfying experience. Perhaps this was a liberating effect of the change of locale. Perhaps it was the result of his passionate interest in, and insight into, the process of writing itself, which was the novel’s other animating theme. Whatever its cause, the effect is not repeated in this collection which has us back in the rhythm and tempo of Tóibín’s earlier novels. The sharp peaks of profound emotional insight and breathtaking pleasure, achieved with tremendous subtlety, rise above the plains of sometimes deadening attention to the minutiae of daily experience. That rhythm is the product of Tóibín’s intense commitment to the power of a ruthlessly sparse and rigorous form of realist writing.

His commitment to realism is also an effect of his political position and the belief that what Ireland needs is the hard, cold light of modern reason rather than the comforting but blinding mist of myth-making and idealism. His skilful use of realism produces some brilliant moments in his writing. But it also produces moments where as a reader one longs for some lyricism and, above all, for ideas.

This collection shows Tóibín to be a master storyteller. He is especially adept at startling narrative turns that combine insight with unsettling ambiguity. The ending of ‘A Summer Job’ is a particularly strong example, and the final passages of ‘A Long Winter’ are also tremendously powerful. Yet, the Irish family is hardly in need of a chronicler, however skilful. The strengths and (if we are to believe all we read) the unique and appalling failings of that institution have been assiduously written about over the last decades. Which is not a prescription about what writers should or should not write about. It is instead a statement of the rather obvious observation that we need new ways of writing about the family, and indeed, about all spheres of our experience.

Colm Tóibín should be well placed to lead the creation of that new way of writing. Could it be possible, for instance, to find a way of writing fiction that would bring together his skilful analysis of the politics of clerical abuse with the insights of ‘A Priest in the Family’? Tóibín seems set against such a synthesis. In his interviews after being awarded the IMPAC prize this summer, he made the point that his time as a political journalist had allowed him to get politics out of his system before he turned to writing novels. There is something rather depressing about this view of politics as a kind of virus that must be kept away from the ‘pure’ realm of fiction. It is especially dispiriting that one of our most talented contemporary novelists should believe this to be the case.

Just What’s For You, You’ll Get It

Keep The Wolf From The Door