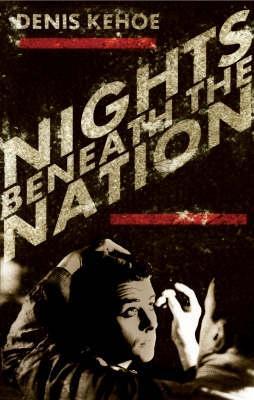 Nights Beneath the Nation

For fifteen years the ‘gay novel’ has been a notable feature in Irish writing. In that time, Irish authors have offered various perspectives on the experience of being a gay man in twentieth and twenty-first century Ireland. Some of these novels have hewn closely in form to the Anglo-American conventions of the publishing sub-category of ‘gay fiction’. Tom Lennon’s When Love Comes to Town (1993) and Crazy Love (1999) may be considered pioneering efforts in this regard, being spirited, if rather weakly executed, Irish variations on the venerable ‘coming-out story’ genre. Jamie O’Neill’s historical blockbuster, At Swim, Two Boys (2001), achieved greater critical and commercial success than Lennon’s work. This gay teen romance set against the backdrop of the 1916 Rising made rather heavy weather of its historical setting; historical figures popped up all over the place—inevitably reminding one of Woody Allen’s Zeilig. The allusions to Irish Modernism, that titular nod to Flann O’Brien and the Joycean pastiches, were superfluous attempts to intellectually smother the sentimental heart of the novel, which worked best as an old-fashioned tragic love story. Along with these we could include Jarlath Gregory’s bitterly comic dissections of modern youth, Snapshots (2001) and the excellently titled GAAY (2005), along with the Irish-language novel, Sna Fir (1999) by Mícheál Ó Conghaile.

Then there is a novel such as Colm Tóibín’s The Blackwater Lightship (1999). Unquestionably one of the finest novels to concern itself with the lives of gay men in late twentieth-century Ireland, nevertheless this book does not take its formal and thematic co-ordinates from the category of ‘gay fiction’ but from the particular emotional and historical concerns of Tóibín’s oeuvre as a whole. This is not so much a gay novel as a Tóibín novel. Along similar lines, there have been Irish novels where gay characters and stories are framed within a rich mixture of themes and within innovative narrative forms. One reason why Keith Ridgway’s The Parts (2003) and Barry McCrea’s The First Verse (2008) are such exciting and intelligent novels is that they dispense so thoroughly with the conventions and pieties of both gay fiction (‘growing up gay—it’s terrible, you know’) and contemporary Irish fiction (‘Irish families—they’re terrible, you know’) . Instead of looking to the ‘family romance’ to shape their deeply textured stories both authors mapped their plots on to the geographical and social landscape of contemporary Dublin. The frenetic contradictions of the ‘Celtic Tiger’ capital injected an intensely vigorous energy into these novels.

Where Ridgway and McCrae used geography to inform their novels, Denis Kehoe follows O’Neill’s example and looks to history. In the novel’s present, his Irish-American narrator has returned to Dublin in the late 1990s after an absence of more than forty years. From this perspective he recounts his passionate love affair with another young man that took place in the city in the early 1950s; the tragic ending of their affair precipitated his flight to New York. The novel moves back and forth between these eras telling two stories; that of Daniel, the narrator, and his lover in 1950, and that of the odd friendship the older Daniel forms with a young man who is writing a novel about Dublin in the 1950s and the gay and theatrical circles in which Daniel and his lover moved.

Kehoe has set himself two difficult tasks here. As a thirty-year-old he has to make an imaginative leap forward into the mind of a man in his late sixties. Daniel is wrestling with the sorrow and grief of his traumatic memories, but also with the ubiquitous losses and humiliations wrought by age. Kehoe also has to make an imaginative leap backwards. It requires a considerable degree of sensitive historical imagination to really capture the past convincingly, and to capture the essential difference of that past rather than reducing it to a simulacrum compounded of our present preoccupations and received ideas. Kehoe is extremely diligent in recreating the geographical details of the 1950s cityscape, and makes a good hand at recreating some sense of Dublin’s bohemian, theatrical and homosexual demimonde. But the novel never achieves that which is vital in a historical novel, which is not the accuracy of the factual detail but to vividly animate the sensuous, intellectual and emotional experience of living in another time. Of course, I wasn’t around in 1950s Dublin either, and have only my own received ideas to go on. Nevertheless, while the narrator kept telling me how things were different and how they had changed, I never felt that difference in any compelling way.

The novel’s noir-ish and Gothic qualities may be there to add spice, but these also detract from creating a compelling historical narrative. Some homosexual men in 1950s Ireland did have terrible struggles with prejudice, with the threat of psychiatric ‘treatment’ and with the awful emotional strain of shame and paranoia—almost certainly some ended their own lives. But those lives were generally not lived on a heightened and dramatic register of experience. Instead, the quotidian nature of their survival is what makes those men’s lives so heroic—as indeed the banality of their deaths intensifies the tragedy of those who didn’t survive. Nor does the novel’s first-person style of narration help. Ironically, Kehoe has Daniel make a quip about the ubiquity of miserable Irish childhood memoirs which is inadvertently apposite. It is as if the culturally pervasive confessional style of memoir writing has invaded this novel and caused Daniel’s voice to overwhelm the story. This effect is further exacerbated by some weaknesses in Kehoe’s prose style, which has an unfortunate tendency towards flatness and rather tired expression.

Between the unnecessary melodrama and the wearying naturalist detail of this novel, the vital substance of that history which Kehoe set out to tell, evidently with so much care and compassion, gets lost. In this regard, perhaps the author could have learnt from the mixed fortunes of his predecessors in the field of the ‘Irish gay novel’. When it comes to distilling into fiction the variegated and complex experience of being a gay man in Ireland, now and in the ‘pre-gay’ past, the crucial feature may not be the story one chooses to tell so much as how one decides to tell it.