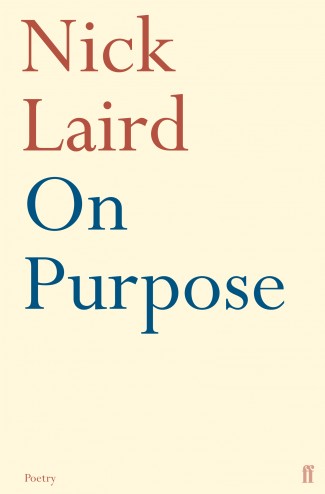 The blurb to Nick Laird’s second book of poems states that the collection ‘takes care and consideration in examining the often brutal arena of human relations’. Most of the poems, however, are less dealings with direct human interaction than an exploration of our marooned consciousnesses; our isolation from others and the struggling failures of language and communication. Take opening poem ‘Conversation’, a one-sided discussion between poet and reader concerning the nature of conversation itself, where the narrator points out ‘what we talk about we talk about / because we speak in code of what we love’. What follows is a list of everyday points of discussion: ‘the mysteries of planning permission’, ‘how someone got pregnant or buried’, ‘the local TV listings’, ‘bankruptcies’, and Laird’s po-faced and Muldoonian matter-of-factness in describing startling political violence: ‘How they gutted a man like a suckling pig / and beat him to death with sewer rods’. But beneath this is the hint of something deeper, a purpose to ‘the kind of thing / my kind go on about’, our ordinary talk and gossip acting as a sort of cover-by-metaphor or linguistic veil to our innermost fears, desires, and ambitions. ‘Appraisal’, a poem that draws partial influence from early Martian poetry in its outsider’s description of humanity, marks out this problem with a less sparing lucidity:

Their minds may shine with language, fine,
but what good’s that? Words are just pieces like they are,
poor fuckers, who sit on their own in the small hours […]

The bronze figure of ‘Statue of an Alderman in Devon’ also captures this sense of desolate loneliness in the reader’s having to ‘drive five counties’ to reach him, ‘in a hamlet with one phonebox’ where he stands ‘like some soul who outlived, / in the end, everyone he loved’. But while Laird continues to explore the poetic terrain familiar from his first collection, To a Fault, capturing the misunderstandings and fault-lines inherent to human relations on intimate, local and global footings, much of the poems in On Purpose also address the often blurred line between our intuitive desire for meaning and certainty, against that which is so frequently governed by chance and accident. Found poem ‘The Search Engine’ questions such a contrast in its list of searches that could easily have been lifted from the last hour’s hits on Google:

what is biblical narrative,
pictures from the Bahamas,
things that happened in the 1990s
[…]
history of Powerade,
access mobile phone memory,
103
greatest black asses,
circuit city, the string theory, blizzards

Here, the reader instinctively invests a personal significance within each of the searches listed, the poem swinging from possibility to possibility within each individual reading. But whatever is extrapolated from these lines and whatever links are forged between each search title, the poem is fundamentally random and governed by the chance of whatever might be typed into a search engine at any given moment. Despite the slightly clumsy and clunky nature of the poem’s construction, then, Laird succeeds in merging a tool thats sole purpose is a direct purposefulness and usefulness with the chance and randomness that ultimately rests behind it.

Similarly, ‘The Art of War’, a sequence of poems about marriage that take as their starting point Sun Tzu’s famous military treatise, explores a parallel tension between certainty and fluctuating possibility, but within the intimate arena of a relationship. Take ‘Posture of Army’, where the poet sketches his crest and family motto, ‘ENEMIES DEFINE YOU / BETTER / THAN FRIENDS’, at which his partner assumes that he ‘meant / the opposite, / had changed the words / by accident’. Whether his partner has misread the narrator’s persona, then, or intimately understands their defensiveness and upholding of the motto in the same way that one postures an army to strike fear into the enemy, is left to the reader’s judgement.

In fact, Laird frequently invites us to speculate over that which remains open to interpretation and consistently unsaid within all human interaction: crafting poems which are by turns firm and direct, yet also vulnerable and susceptible to the uncertainties of the world that surrounds us. In ‘Estimates’, for example, the poet explores an alternative wedding that he envisages: instead of his fiancé ‘wear[ing] the white and walk[ing] the aisle’ the poet asks whether he and his lover couldn’t ‘park the car and motor north’, ‘kill the engine, wait, // […] and wake, / unwashed and cramped / as man and wife // in a place unpeopled, dawn-calm’. And in ‘Terrain’, an unusually scientific poem that sees Laird exploring new subject matter, the focus is nevertheless on the unknown, that which lies beyond us, the ‘infra-red rays from the system’s / security sensors’ and the ‘twenty-six dimensions’ posited by string theory; ‘all the other universes press[ing] like lovers up against us’ hinting at lovers lost, as well as those that will never be found (as in ‘Manoeuvring’, where remembering ‘the bomb at Teebane in which a friend died’ causes the poet to cry and confess ‘Reader, I almost married her’).

What is most impressive about On Purpose, though, is Laird’s charting of the loose and difficult territory of the existential crisis between our desire to control our lives and act with certainty and conviction, as set against the possibilities and inherent unpredictability of the world we actually encounter. As Don Paterson rightly urged in his T.S. Eliot lecture in 2003: ‘It’s important that poets remember that our first perception of the world is already a misinterpretation’ (though one, it must be noted, that is no less valuable than every other). Laird often succeeds within these poems, then, in exploring that which is—both personally and universally—so often beyond our grasp and understanding, be it in the narrator’s failure to describe a beautiful vista in ‘Use of Spies’, the attempt to break habits of a lifetime and escape blinkered perspectives in ‘Variation in Tactics’, or the dedicated hunter’s speculation and failing faith in some higher power in the sombre tones of ‘Hunting is a Holy Occupation’.

Laird’s poetic voice has gained an added maturity and distinctiveness since his first collection, too; gone is the unconvincing ‘newladspeak’ that knocked the shine off some of his earlier work, honed into a style that allows for poems of greater brevity, rhythmical execution, and despite a deliberate variance in seriousness of tone, real feeling. Like Armitage, he is an impressive and distinctly male writer of love poems: the expression of masculine emotion and its awkwardness measured and balanced with an economy of sentiment, as in the narrator’s stating ‘Love, I’d turn for you clean-living, / relinquish drinking, fighting, singing’ in ‘The Present Writer’. And the more I read those poems of Laird’s that explore the rural and urban landscapes of Ireland, Britain, and beyond, the more I think it not an overstatement to compare his rich descriptive powers, during their finer moments, to Heaney’s. Take the following glittering stanzas from ‘On Leaving the Scene of an Accident’:

In the eastern suburbs deer appear.
Brushed by waist-high silver steppe grass
and the lighter strokes of barley stalks,

elegant as one might half-expect
the grazing self to be, expect her grace
is one complicit in departure.

On Purpose, then, ultimately demonstrates Laird to be a poet who has substantially honed and developed his style from the mixed success and auspicious promise of the poems in his first book. As with all collections, there are weaker moments: ‘Pug’ is well written but offers little insight or revelation regarding its four-legged subject matter, while list-piece ‘Press’ flounders like filler material in the company of much better poems. But despite these imperfections, On Purpose sees Laird consistently hitting the mark with poems of heavyweight contemporary significance, settling into a distinctive poetic voice that sparkles with impressive effects, and, to my mind, confirming his place as one of the most important poets of his generation.

Ben Wilkinson was born in Stafford in 1985. He recently completed a BA in English and Philosophy at the University of Sheffield, where he edited poetry for the School of English's literary e-journal, Route 57. His poems have appeared in various publications, including Poetry Review, Dream Catcher, The Frogmore Papers, and the Times Literary Supplement.