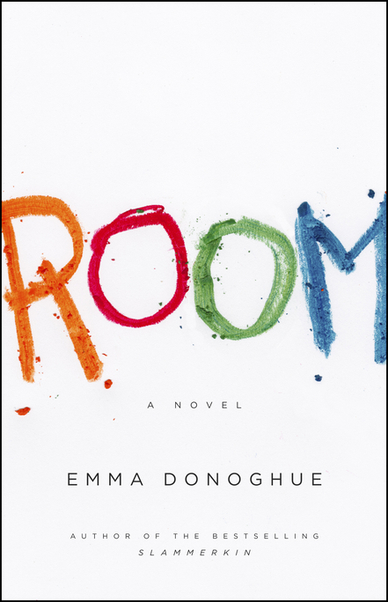 With Room, Emma Donoghue has set herself a real challenge in writing a novel that is narrated entirely by a five-year-old boy and then using this device as a means to seek light in the darkest of stories. Much has been made of the novel’s links with the case of Elisabeth Fritzl, confined by her father to an underground cellar for twenty-four years during which time she gave birth to seven children. The case—and specifically the figure of five-year-old Felix Fritzl, the youngest of the children who shared his mother’s captivity—certainly provided Donoghue with the germ of an idea for Room, but the novel is not concerned with tackling head-on the lurid details or implications of the Fritzl case or the numerous similar instances this story of Jack and his Ma brings to mind (including the abduction of Jaycee Lee Dugard). By filtering the novel entirely through the eyes of a child who does not comprehend the enormity of the crimes committed against him and his mother, Donoghue earns the space in which to explore themes such as the strength of the mother-child bond and the capacity for the human spirit to transcend unthinkable horrors and adversity. Commendable and understandable as this non-sensationalist approach is, however, the technique presents a series of obstacles the novel ultimately struggles to negotiate.

Room opens on Jack’s fifth birthday, and introduces us to his world, the twelve by twelve foot Room he shares with Ma. As far as he is concerned, there is nothing real outside of Room, apart from Old Nick who pays nightly visits, bringing with him groceries and ‘treats’. From his hiding place in Wardrobe, Jack listens as Old Nick ‘creaks the bed’ and then ‘makes that gaspy sound’ as the innocent child puts it. By day, though, Old Nick is absent, leaving Jack and Ma to spend their time cooking, cleaning, playing and learning—the normal activities of any household or childhood. They also fill their days with less familiar pursuits, such as ‘Scream’. To Jack, this is merely a pointless game, an extension of the physical education Ma insists he practise; to Ma, it is an ongoing cry for help from the garden shed in which she has been incarcerated since being abducted by an unidentified man seven years previously. Realising the increasing precariousness of their position when Old Nick begins to punish their transgressions by cutting off power and withholding fresh supplies, Ma soon hatches an escape plan that will see her and Jack leave their prison cell behind, only to discover that life outside of Room brings with it new restrictions and challenges.

Room is most assured in these claustrophobic early stages when Jack and Ma share centre stage, cataloguing the frustrations and also the pleasures of the routines shaping Jack’s world. That world is a small one, but once it expands at the halfway point (after a genuinely tense escape sequence), the novel begins to lose the run of itself. Cut off from the relative security of Room—the only home he has ever known—Jack is on unsure ground, and as he encounters a new cast of supporting characters that includes police, hospital staff and family, Room skews off into increasingly unconvincing territory. In particular, after his liberation, the problems with employing Jack as narrator become ever more apparent.

Even in the early stages of the novel, Jack’s narrative voice does not fully convince, often coming across as studied and contrived—for example in the conceit of capitalising the singular nouns that occupy Room (Wardrobe; Plant; Rocker) or in such artificial sentences as ‘I think he’s doing sarcasm, when he says the really opposite with a voice that’s all twisty.’ Once Jack is exposed to the wider world, though, the invisible hand of the author becomes ever more evident. This is most notable when Jack offers his opinion on the parent-child interactions he witnesses:

… everywhere I’m looking at kids, adults mostly don’t seem to like them, not even the parents do. They call the kids gorgeous and so cute, they make the kids do the thing all over again so they can take a photo, but they don’t want actually to play with them, they’d rather drink coffee talking to other adults. Sometimes there’s a small kid crying and the Ma of it doesn’t even hear.

As the novel goes on, these instances of heavy-handed commentary tend to make the construction of an authentic and believable child’s voice more and more strained.

A generous reading of the shift in tone at the halfway point of Room might put it down to the fact that the larger world in which he must now define a place for himself is a bewildering environment to young Jack, but this would be to ignore the problems with narrative perspective. Not only is Jack unable to comprehend his new world beyond the shed, he does not fully understand where he came from either which means the boy’s innocent naivety begins to dominate the reading experience as Room progresses. The central problem is, without any alternative frame of reference beyond Jack’s own perspective, the novel as a whole runs the risk of coming across as naïve as the narrator himself. In the end, the book strains to offer a vision of recovery and recuperation for Jack and his mother that is not merely optimistic but also forced and unrealistic. Within a few days of Jack and Ma’s escape from Room, for example, the child has been released from a clinic and placed in the care of his newly discovered grandmother—hardly a credible turn of events—while the closing pages of the novel see Ma and Jack return to Room in a scene that seems to offer an all-too-easy move beyond their traumatic experiences.

The use of a five-year-old narrative perspective ultimately exposes problems at a more fundamental level in a novel that aims to present a transcendent and inspirational account of the unconditional love between a mother and child, not least in its inability to present an adequate representation of the character of Ma. Since Jack cannot fully account for Ma’s experiences, the novel itself must sideline them and (for an extended section) abandon the character herself. This literal silencing of Ma raises the spectre of exploitation that inevitably haunts Room as a whole. Its decision to shy away from a direct and perhaps sensationalist representation of horror may well help Donoghue in her desire to inject some light into what would otherwise be an unthinkably grim tale, but in the end it makes for a different kind of uncomfortable read—one that springs from the imprisonment and repeated rape of a young woman presented through a narrative voice that actively and consistently acts as an excuse for refusing to deal with this fact.

Jenny McDonnell lectures at both Trinity College Dublin and Dun Laoghaire Institute of Art, Design and Technology. She is the author of Katherine Mansfield and the Modernist Marketplace: At the Mercy of the Public (Palgrave Macmillan, 2010).