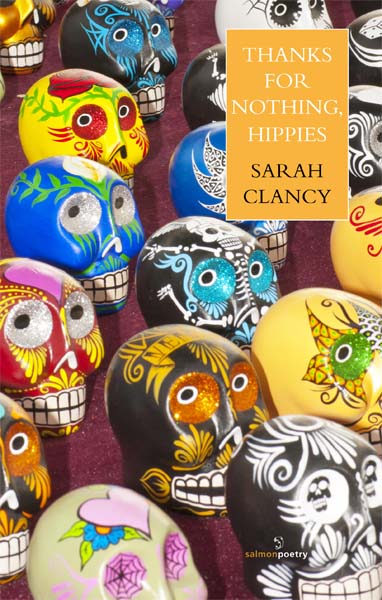 Thanks for Nothing, Hippies / In This Life / Silent Music

In an essay on Ireland for the New York Times, John Jeremiah Sullivan reminds us what the celebrated greenness of Ireland does not mean: ‘It doesn’t encode a pastoral past… The countryside is not supposed to look like that, to be that empty. Ireland was at one time one of the most densely populated places in Europe.’ Sullivan hauntingly reimagines the empty housing developments that litter the post-Celtic Tiger landscape as having been built with the returning diaspora in mind, as though we thought we might yet recapture the pre-Famine past. The diaspora hasn’t returned, of course: many more of us have left.

Just as Ireland has been changed over the last handful of decades, the landscape of its poetry must have altered. Yet, squinted at from across the Atlantic, the Irish poetic tradition can still look like those housing developments: a set of forms and constructs sitting vacant, waiting merely to be filled by any passing-willing poet, a land of a thousand welcomes. It can be difficult to spot anything happening that’s on a level,  excitement-wise, with the shapeshifting Gurlesque of Arielle Greenburg and Lara Glenum, or the innovative formal work of an Aaron Kunin. Anything that interrogates the language of poetry.

Where Irish poetry has come alive is in the spoken word scene, thanks to nurturing individuals: people like Kevin Higgins, Stephen James Smith and Colm Keegan. Despite her demurrals in interview, Sarah Clancy comes out of that scene, and her second collection, Thanks for Nothing, Hippies, does not altogether transcend it. Whether and how it should are questions I’m left mulling over. Her poems tend towards rhetoric: I often felt like I was only allowed the one response. And it’s here the gap opens between spoken word and lyric. Whereas lyric thrives on enigmas and ambiguities created by absence, an author’s presence allows for strategies of persuasion not available to the printed page; and this small difference between the two poetries can send them in totally opposite directions. It’s easy to imagine ‘Hippy Get a Job’ being thoroughly stirring:

And when you daydreamed out of maths class
from an overheated room into the driving rain
I was lifting bales of sodden hay through the mud and bitter wind
to the bottom field where the old cow died in spring
and because I had small hands I woke a hundred early mornings
to turn unborn lambs around inside their mothers. While you were
filling college application forms and when you were accepted,
bringing weekend washing home on student discount buses
I was pitting my eight stone against half a ton of pulling racehorse…

The long run-on lines, allowing us no solace from the speaker’s anger; the precise and surprising details of the speaker’s life (those small hands, those unborn lambs!); the smooth pan back and forth between the two lives: all of this is dexterously done. But I was disappointed that a poem that began in anger landed me nowhere more unexpected than at a higher pitch of anger:

… don’t be surprised
at all how quickly I abandon my principles of non-violence and use
this placard on you, as a weapon, if you say what you are thinking.

I spent time trying to decide on the degree of irony here: is the screech of the ending meant to reflect back on our ‘hippy’, revealing that her blindness is just as acute as that of the ‘predictable’ and ‘thoughtless’ addressee? After all, nobody ever actually says ‘hippy, get a job’ in the poem: maybe the remark is the figment of paranoid imagination. The poem might be about an Ireland that cultivates paranoia, about the distance between two adjacent worlds. Well, maybe. It’s hard, though, not to feel that the powerful rhetoric of the intervening stanzas weights the poem too heavily in favour of the speaker. I was left feeling that my desire to read against the grain of the hippy’s words was pure contrariness, and not what the poem wanted. I felt coerced to a degree I don’t expect from lyric.

Clancy’s declarations in Thanks for Nothing, Hippies are as often declarations—or disavowals—of intimate love as they are of political fidelities, and this intertwining of intimate private and (inter)national public is to be appreciated. For me, though, this poet is at her best when she turns to the only-just-public, the small-scale interactions of the everyday. ‘Fine Day Mrs Spellman…’ is a brilliant rendering of two people recently bereaved, discussing everything but the one thing that matters: ‘Us two are a mouth making / fierce desolated love / to a lack too altogether new…’ The shocking sensuality of that mouth gets to the passion with which small talk is engaged, the desperation it embodies. It’s a perfect moment to turn to metaphor, a figure that eloquently mouths an inability to express.

A poet who has recently returned from a long sojourn abroad, Michael O’Loughlin turns a cold and passionate eye on Ireland in In This Life, his first new collection of poetry in over a decade. A lion’s share is given over to ‘translations’ of work by a fictional Latvian poet, Mikelis Morgelis. The collection’s epigraph, ‘In order to write poetry, you must first invent a poet to write it,’ reminds us that the poetic voice is always the voice of a persona. And yet, the strange problem Morgelis creates is that, by contrast, the other poems in the volume come to seem more incontrovertibly O’Loughlin, his mark. It’s something different from those poets who have a casual fluidity to their voice: Adam Wyeth, for example, whose collection includes, without fanfare, a poem spoken by a woman after the Blitz, and another ‘I’ clad in a post-apocalyptic biohazard suit. Or Sarah Clancy, whose ‘I’ seems usually to indicate herself—a fact emphasised by the number of times she is addressed by her own name in the poems—but whose ‘Sad Bear’s Dance’ is an impassioned defence of the plurality of identity. Or those poets, from Sylvia Plath down to Chelsey Minnis and Brenda Shaughnessy in the US and, in Ireland, the late Dorothy Molloy, who write as if identity were always a performance anyway.

I first came to O’Loughlin’s fictional Latvian with mistrust, afraid he was mere gimmick, a way of getting around the fact that the Irish Irish are no longer the most interesting people to be found on the island, and—further—that he would endanger the aspiration to individual witness so important to lyric. But O’Loughlin’s work is the real deal, somehow coming honestly out of and transcending its context, to straddle the line between clear-eyed honest utterance and starry-eyed word lust. ‘A Latvian Poet Writes an Ode to Capitalism’ has all the starkness of angry Clancy, while ‘A Latvian Emigrant Bids Farewell to his Lover in Riga’ is heart-breaking:

Once I woke
to find you cradling me, holding
me tight like your child,
your eyes huge and close to mine.
I smiled, said something, and sank
back down into the forests of light
even then, thinking: I will remember
this at the moment I die.
Now, I think it was the moment I die.

What O’Loughlin publishes is slow poetry, and it’s worth the wait to be privy to such stilly depths. In This Life is wonderful.

Adam Wyeth is a poet of ideas exquisitely wrought and swarming, demanding a reader awake to complexity on a subtle scale. Silent Music is a debut of astonishing assurance, perhaps in part because its eye is so well-travelled: born in Sussex, Wyeth lives in Cork and his poems range beyond to New Orleans, Naples and Zimbabwe. It’s an eye self-conscious about its ranging, changing focus. The collection opens on Google Earth—‘We whizzed out, looking down on our blue planet, / then like gods – zoomed in towards Ireland’—thus providing a kind of frame of distance as disclaimer: when later poems tip towards naïve Orientalism, we can easier forgive them.

And certainly, there are times when Wyeth brings an outsider’s eye to the rural Irish that seems as much the lens of poetic licence as Synge’s once did. ‘Rough Music’ imagines a community ganging up to shame a wife-beater by non-violent means:

The whole village came out to clamour and clash,
a constant crescendo
of pots and pans outside his house—

I’d like to imagine this based on a true event, but I suspect it wishful thinking. It’s not long since Listowel townspeople, including the parish priest, lined up to shake the hand of a local man convicted of sexually assaulting a semi-conscious woman in a car park. ‘Rough Music’ is one of several places where Wyeth’s Irish feel more romantic than real.

Although often about noise, the quiet complexity of Silent Music is reminiscent of Scottish poet Don Paterson, and arguably Wyeth’s work, in all its subtlety, ambiguity and quietude, could come straight from Britain’s ‘New Generation’, which, rather infamously, is not a place to seek any rigorous interrogation of poetry’s own language. And yet, Wyeth’s ‘Life is Shit’, like Paterson’s ‘The Lie’, is as unexpected and troubling as any more innovative lyric out there. I won’t quote it for fear of ruining the surprise, a surprise earned through the quiet control of the rest of the collection, but which also suggests the danger of that control: that it might too often lull us into comfortable and intellectual appreciation at the expense of feeling, let alone action.

Wyeth’s work is full of turning and looking back. Whereas ‘Dad’ pinpoints elegantly the feeling, when you look back over a short road trip, that everything has been changed by the journey, ‘Chimanimani Mountains, Zimbabwe’ insists that there is a home, an origin, to be regained if you want it: ‘She will slip through the gateway – // and see her past rolled out…/ knowing each contour as her own cartography.’ Clancy and O’Loughlin appear less sure of their origins and centres. Snarling back at the Yeats who feared the centre could not hold, Clancy tells us that the centre never held anything anyway: ‘there’s no convincing me that this system is the best for most / or any’. And although Loughlin quotes Benjamin quoting Kraus that ‘origin is the goal’, his ‘Angelus Novus’ suggests that the only way to revisit the landscape of Ireland’s past is to travel altogether elsewhere. Similarly, despite reassurances by some commentators that Ireland’s new vacant properties are less permanent than they seem—that they’ll be quickly eroded by scavengers and covered over again by green—there’ll be no going back to some imagined prelapsarian age for Ireland’s poets. Here are poets working in very different ways to reflect on that fact.