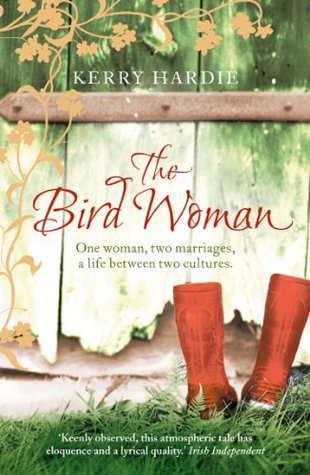 There is a moment after a writer gives a public reading when the audience holds its breath. Into that moment they can pour their exhalations of fury or boredom or pleasure and their questions if they have any. And if there is the format to do so they can even ask the questions. The one most dreaded is ‘what’s your book about?’ Because writers often do not know the answer. But readers usually do, or at least they know what they think its concerns are, often to the surprise of the author. I’m going to make a stab at telling you what this book’s about, and the reason that I’m attempting that, rather than viewing the book from its historical perspective, is that I believe that the subject matters of this novel, all neatly trespassing on each other, are the most intriguing thing about it.

Albert Camus has said that any man who would not cry at his mother’s funeral should be hanged, and one wonders what he would have thought if he’d been able to envisage a woman as this dry-eyed character. The Bird Woman is about such a thing, indeed it is about a daughter’s passionate hatred of her mother and rather refreshing it is. This hatred is of course couched as something else, a novel about the North versus the South, which yields its own hilarity, a novel about Catholicism versus Protestantism, or rather rationalism versus piseogism, but the overriding memory left in the mouth is that of a daughter who cannot stand the sight, sound or smell of her mother. And her journey to find out why this is so yields up some precious observations, other than the usual one that your mother needs to be dead in order for you to have an adventure, because, damn her, she’ll only want to save your neck if she finds out what you’re at. Andrea Dworkin famously sent the cry up in Right Wing Women, what good would free love do, wasn’t one man enough of a handling.

The novel opens with the news of the pending death of Ellen McKinnon’s mother and the daughter’s refusal to go near the deathbed. Ellen is a Protestant from Derry who is now living with her Catholic sculptor husband in Kilkenny. And of course you have to be a Southerner to say so what. The Belfast pub scene where Ellen, at that time married to one of her own, is straightening her back with drink, says it all. The Northerners are enjoying frightening the Southerners, telling them where they can and cannot go, where the car can and can’t be parked. And the Southerners are getting the stories polished for back home. And they all think they know what the other person is thinking. And how to hide, and how to pretend not to be bigoted, and how to use humour as a steadfast lock to keep their minds firmly shut. What the book becomes later is neither here nor there, the essence of it is in that one scene.

Ellen ‘suffers’ from clairvoyance. A Catholic might indeed relish this gift but it’s a burden for this rational Presbyterian, who is a good girl really, only trying to be bad. Indeed, her clairvoyance lands her in Purtysburn where her fellow patient, whose suicide attempt is put through the wringer by Ellen, remarks that she’s very narrow-minded for a redhead.

It would be unfair not to say something about the subtexts which are busily at work in the story. The small talk of a relationship is faithfully recorded, perhaps too faithfully, because not everyone wants to go into the bedroom with the pair whose fascination with each other might be a bit of a mystery to the rest of us. The mundane moments of childrearing and good housekeeping are given front row, à la Nancy Huston, who has written that one doesn’t wipe the child’s nose because one desires to do so, but because it has to be done, and it’s your job to do it.

Ellen is not an artist, so is therefore outside the ups and downs of these painters and sculptors and potters who now inhabit her life. She watches with an inordinate amount of patience as they struggle with blocks and self-esteem and the reckless review written by a ‘pup who wants to make a name for himself’. She engages in tedious conversations about God and religion—now where she managed to find someone in Kilkenny to get into that particular corner with her is a mystery to me. It’s a pity that she does not have any grasp of the notion of Southern atheism and appears to know nothing about active dissent against the Catholic Church, something that could be forgiven her, yet one would expect that she would have noticed that her in-laws allowed her in.

What annoys Ellen, both in her past and her present, is exactly what defines her, although she is too confused to see this. And although this tenet of the novel could be extremely aggravating for the sophisticated atheist it is also at its heart. Kerry Hardie has assigned herself the task of deciphering just how outside a Northerner can feel, once past Emyvale. She trips the same dance as John A. Murphy, the one that according to him sent Nell McCafferty to bed for two days. When Ellen came south, mislaying her sense of humour at Aughnacloy, the author was left with a dried up version of what might have been, rather shocking the reader in the process. The strains of Sean O’Reilly and Frances Molloy whistle away back there, but have no place in the Kilkenny Pale, which does prove itself an ideal place to admit the chasm and intellectual destruction that has been created by the drawing of a line to divide a country.

PS: Oh, and I almost forgot to say that the novel is about a woman who has the power of healing and doesn’t want to use it, and then does. But it’s ok, others will tell you about that.

In the Wake of the Rising

Two Entries in the Annals of Wayfaring

Some Notes on Names and Deeds