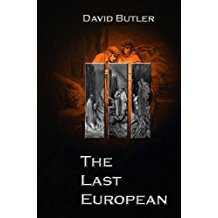 This is the story of Francis (Frank) Troy, ‘The Bomber Priest’, who was shot dead as he set out with 600kg of explosives in a van to destroy Stormont and with it the Good Friday Agreement. The story is told posthumously onto a tape (the Dictaphone shutoff is a clever chapter ending) by his nephew to a journalist by means of Frank’s journals. The nephew at the age of twelve indirectly caused the death of his parents and baby sister by failing to report faulty Christmas lights and, thus orphaned, came to live with his uncle. The nephew slowly and teasingly unfolds the complex nature of his uncle to the journalist, and in so doing attempts to understand what motivated such extreme actions in a human being.

The narrative commences when Frank is on the point of ‘leaving’ the priesthood. He is delusional; he was never ordained. He is recovering from a breakdown in St John of God’s clinic. He comes across as a very erudite character quoting long passages from various European languages. These passages without translation presume an erudition beyond that of a general reader.

The use of a second person narration may be jarring for some readers initially but one grows to accept it as one goes deeper into the novel. The author, who is also a poet, is very good on some contemporary descriptions:

To the right, the orange city is spread out beneath, unreal, tilting on the inclined table of the bay. It has the shape of a great crab’s claw, traced in neon stitches that are embroidered, in yellows and reds, onto the wide black landscape. Between the points of the claws, the empty maw of the sea. Two hungers.

Or the description of the face of the clock as ‘paralysed at 12.10’.

However, despite these illuminated moments, far too much of the language in the novel is stilted and almost archaic. There are favourite repeated words (‘entrails’, ‘visceral’) and tautologies (‘halt, lame’). There are wandering, complex sentences in the passive: ‘With the violent contraction of abdomen that had raised me up, my sunglasses had fallen away.’ There are too many abstractions and the dialogue lacks an authentic immediacy: ‘If you had faith the size of a mustard seed, you might conjecture….’ Who speaks like that? It smarts of Biblical sermonising rather than normal conversation. One could equally apply to the author what the journalist says of the nephew’s mode of delivery: ‘You’ve a queer way of circumlocuting about the subject.’

Suspense in the novel is generated effectively by the looming threat of Alban Breathnach and his men (the IRA) as they go in pursuit of Frank’s journals. The story is engrossing as we learn slowly of the complex mind of Frank, the narrative interrupted intermittently by streams of consciousness. He is no mere nationalist. He gets beaten up by the Republican left for questioning their ethos.

Although the story is essentially Frank’s, the nephew’s part is not totally convincing. He dismisses his father in a one liner as a bit of a Puritan who left him financially sound. Was there no love there, one wonders. There is little mention of his mother and little emotion or remorse over his parents’ deaths or over the death of his baby sister for which he has to be held to blame. One feels the nephew is merely a conduit through which the uncle’s story is meant to flow.

The kernel of meaning in the title of the novel is to be found when Frank, the polyglot and the last European, decries the homogenisation of Europe. The new Europe is no longer a place of uncertainty, the uncertainty that drove men such as Copernicus, Columbus or Cortes to make their discoveries. ‘What faith now,’ he asks, ‘when difference is to be effaced in the name of ethical and economic harmony?’ More important questions for the reader, however, are whether all this rhetoric really gels with the character of Frank and whether it has real relevance to the plot of the novel. I find the thesis interesting and I agree with Butler about the danger of homogenisation within Europe, but this is thesis stuff, and I am not at all sure if it tallies with the character and plot of the story. No more than the apocalyptic dust jacket design of Roger Derham with its doom-laden images from Dante; they are anachronistic and off-putting for a modern reader.

As the novel progresses, the characters of Frank and the journalist and the nephew tend to blur into each other. There is no clear differentiation of voices. And the code names for characters PT1, T2, etc… are confusing and overdone, further disconcerting the reader.

However, there are some poignant moments in the novel where Butler removes his mantle of erudition, and striving less for effect, shows his true talent as a writer. Such a moment occurs where, towards the end of the novel, he attempts very convincingly to justify hatred. It is where a woman pathetically tries to rouse a corpse, a casualty of the Northern violence, and a dirty child in the corner faces into the wall:

‘…JESUS CHRIST, MITCH!!’
She is pummelling the chest with her fists. She is screaming all about her. She is so furious that no one dares to approach her and the dirty child is too terrified even to cry.

James Lawless was born in Dublin and now lives in Kildare. His stories and poems have been published in Ireland and the UK, and his first novel, Peeling Oranges, is forthcoming from Livewire Publications.