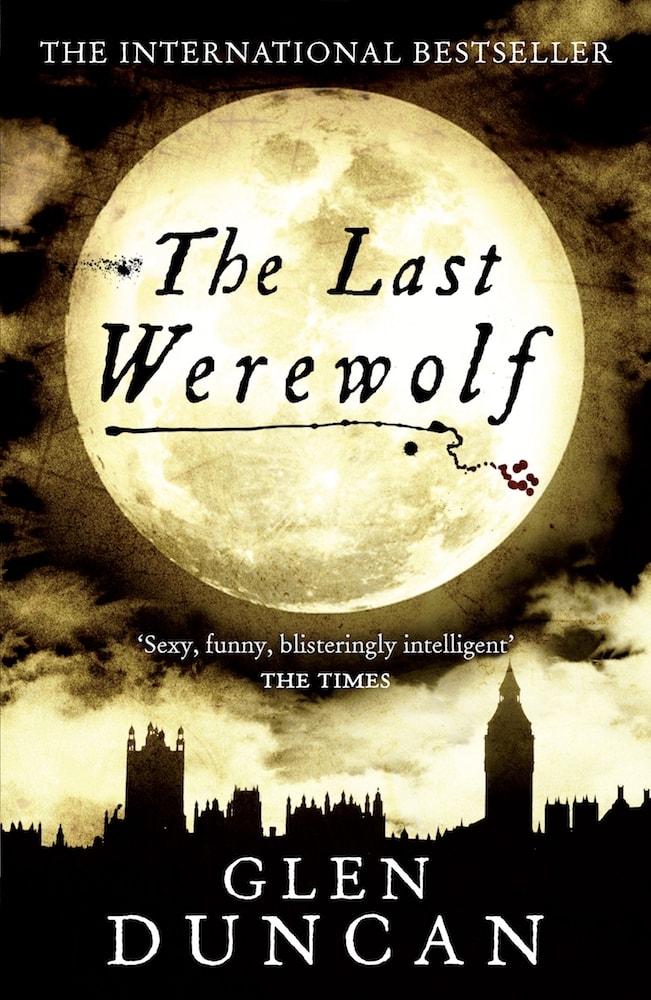 Jacob Marlowe is the last of his species. Due to a virus which plagues his kind, no new werewolves have been created in the past one hundred years. He is being hunted by Grainer, the head of an organisation called WOCOP (World Organisation for the Control of Occult Phenomena). But Marlowe is tired; he’s had enough of immortality and, ready to die, he has decided to allow himself to be killed at the next full moon when changed into his wolf-self. Glen Duncan’s latest novel is a fine contribution to the mythical and literary history of the werewolf, which can be traced to Ovid’s ‘Lycaon’ in the Metamorphoses, including classics such as the medieval tale ‘Bisclavret’ (the Breton name for werewolf) written by Marie de France, or the twentieth-century sublime wolf-tales of Angela Carter in The Bloody Chamber. It also echoes Duncan’s previous novels which include Hope (1997), Love Remains (2000), I, Lucifer (2002), Weathercock (2003), Death of an Ordinary Man (2004), The Bloodstone Papers (2006) and A Day And A Night And A Day (2009). Implicit in Duncan’s writing is a contemplation of the morality of good and evil and a revulsion of the banal where contemporary culture is permeated by the cult of celebrity, gross consumerism and mechanical, meaningless sex. Into this late-capitalist backdrop he introduces a type of neo-gothic eroticism through his abject, often aberrant central protagonists.

The reader is first introduced to Marlowe while he is in hiding in London. His depressed state reflects the post-industrial setting of the city where contemporary society is no more than a dystopic repetition of the past. As the two-hundred-year-old Marlowe states:

I’m immune to new, the news, breaking news, rolling news, newsflashes. Live long enough and nothing is news. ‘The News’ is ‘the new things’. That’s fine, until a hundred years go by and you realise there are no new things, only deep structures and cycles that repeat themselves through different period details.

The lack of stimulus and sexual frustration that runs through the first half of the novel is palpable; Duncan satirically notes ‘The werewolf gets dyslexia and a permanent erection.’ The writing is poetic, touched with both Baroque excess and hardboiled terseness, while the pace is relentless like a Robert Ludlum ‘Bourne’ thriller. However, Duncan is perhaps too self-conscious with this cross-species of a form, no more than in the overly self-aware protagonist who describes himself as a 007-ish character or in terms of genre references to television shows such as Buffy.

Where the novel’s strength lies is in its last-man narrative. Marlowe is the last of his species, in fact, given culture’s failure to create anything new, Marlowe himself is the only thing that can be considered original, novel or new within the contemporary techno-media quagmire of inauthentic reproduction. As such, there is an emphasis on the accurate recording of events which recalls the early Gothic novel and its framing device of manuscripts, letters or a series of diary entries in order to authenticate the supernatural. As Marlowe cynically concludes of possible post-death accounts of his life, ‘And this was to say nothing of my one diarist’s duty still undischarged: if I was snuffed-out here and now who would tell the untellable tale? The whole disease of your life written but for that last lesion of the heart, its malignancy and muse. God’s gone, Meaning too, and yet aesthetic fraudulence still has the power to shame.’

Duncan’s novel is also wickedly funny. The narrative is tempered throughout with a healthy dose of sardonic and cynical humour which prevents the novel from taking itself too seriously. Nowhere is this more evident than in the dark humour displayed when Marlowe is faced with the news that he is the last wolf standing. He glibly responds, ‘All wolf and no gang,’ while considering that his last kill was a forty-three-year-old hedge fund specialist, part of his new phase of taking those that nobody wants. Yet to take the novel as merely a light gothic-thriller would be a mistake. The philosophical overtures and the contemporary cultural commentary is what this novel is about. How does one counter the homogeneity and repetitive sameness of living? Here is where Duncan introduces the concept of redemptive and erotic love. This is, however, perhaps the least successful aspect of the novel. While there is a wonderfully acerbic tang to the insatiable yet detached sexual exploits of Marlowe with a series of prostitutes, his more meaningful, almost religious experience of love and sex with a she-wolf reads as teenage, angsty melodrama.

What Duncan aspires to communicate is desire as a metamorphic event of renewal and change. Here he is partly successful, particularly in the mucosal viscosity of the ‘werewolf-sex’ that collapses the dialectic of self and other. Ironically, the newness that the novel seeks fails in its all too familiar and unoriginal conclusion, which apes much of contemporary romantic fiction. This is unfortunate, for, as contemporary gothic monster novels go, this is a rollercoaster of a smart and entertaining read. The Last Werewolf supersedes expectations in an already over-saturated marketplace dominated by the insatiable teenage appetite for the monster du jour, the vampire. Literary history itself is a history of teratology, one made up of hybrids, anthropomorphic creatures, humanoids, cyborgs, ghosts, the childhood bogeyman and fanged monsters. Indeed, we measure and demarcate our cultural definitions of the normal through our monsters. In this, Duncan’s appraisal of where society and culture are at right now is wolfishly on the mark. The most frightening realisation of Duncan’s novel is that the monster—that is to say, our capacity for difference, dissent and critique—is perhaps worryingly close to non-existence.

Maria Parsons lectures in the Institute of Art, Design and Technology, Dun Laoghaire. She received her PhD in English literature and Film in 2009 from Trinity College, Dublin. Her thesis was entitled The Menstruous Monstrous: Female Blood in Horror. Her current research is on martyrdom and shamanism.

Going to the Wedding