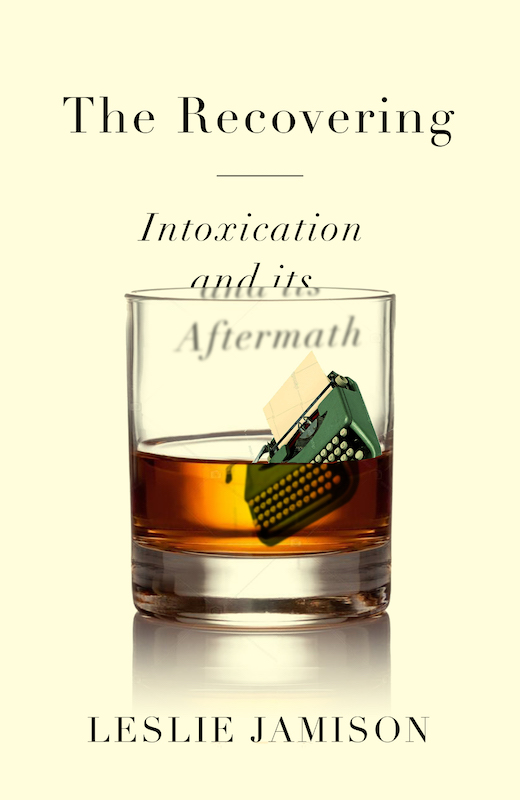 The Recovering: Intoxication and Its Aftermath

Writing, in whatever shape it takes, needs to vacillate, precisely, between two distinct poles. On the one hand, it has to be communicable, and to somehow exceed the author; and on the other, it needs to have specificity, some knot of a something that differentiates it from other pieces of writing. In its necessity of a reader, then, a text is always stretched taut, pulled between universalism and originality. A delicate balance.

Addiction memoirs upset this balance because, in one very obvious way, their originality appears countered from the outset: if a book has been written at all, it means the author has recovered—or, at the very least, for the time required to write it. And while there are notable and not so notable incidences of the genre, all are typically united by a distinct arc – tracking a path from abject self-destruction, to wellness, reflection and eventually writing – that is the very condition of the work’s existence. Other, stylistic devices can be used to disguise the transparency of this fact, but this remains fairly non-negotiable. Still, if we do not read addiction memoirs for their riveting plot twists and cliff hangers, it is likely because something else is at work—something that finds pleasure in familiarity, and joy in the second-hand. Something like communion, I’d guess. Feeling yourself anticipated, and reflected, in prose.

Leslie Jamison’s aim, in The Recovering, is to write, ‘about the way an addiction story can make you think, I’ve heard that story before, before you’ve even heard it’. Rather than wrestle with the genre’s lack of originality, Jamison accedes to it as a point of possibility. And so while the book is of course about addiction, about Jamison’s alcoholism and about the work and lives of other addicts, it is also a book about language. More precisely, it is a book about the limits of novelty; about the limits of formal inventiveness (‘Make it New!’) to the detriment of this possibility of communion. This is a trick she picks up in the rooms of Alcoholics Anonymous, where she realises that, ‘a story was most useful when it wasn’t unique at all, when it understood itself as something that had been lived before and would be lived again. Our stories were valuable because of this redundancy, not despite it. Originality wasn’t the ideal, and beauty wasn’t the point’. Here, individual stories became functional objects. It doesn’t really matter who you are, Jamison learns: what matters, in these rooms, is the individual story’s ability to collapse the boundaries of individualism, to transcend the self and invoke identification: ‘This applies to me too…’

Of course, this relinquishment of singularity, and of special-ness, is a tricky one to accept. As a writer, Jamison had been trained to avoid clichés at all costs, to harness doubt, and to root out specificity. She still demands her students do likewise. But what her recovery from alcoholism brings is the knowledge that banal language often has a performative capacity precisely because of its lived-in familiarity. It can do things. In this case, it can, and does, help to heal. In the AA meeting – what Jamison describes as ‘one life after another: an anthology held together by earnestness’ – she realises repetition and familiarity are not things to be avoided. Instead, they offer community, a truth only really accessible as the balance slips from novelty towards the charge of cliché. Rethinking Joan Didion’s famous opening line of ‘The White Album,’ for Jamison, recovery necessitates an addendum: ‘We tell ourselves stories in order to help them live, too’. Clichés and well-versed stories work around the limitations of a damaged and addicted self, because they implicitly include otherness; prior iterations, prior authors, as well as those that will invariably follow, in the future. In AA, Jamison’s stories are not new, but that does not mean that they cannot be effective. The Recovering works in much the same way; accepting the limitations of the genre, but refusing these limitations as barriers to effectiveness.

The book operates on two, deftly interwoven levels: the first is the fairly traditional addiction memoir, in this case Jamison’s experience of AA, followed by her eventual recovery from alcoholism; the second is a wider discussion of creativity and addiction, and the struggles of artists like John Berryman, Jean Rhys, Amy Winehouse, David Foster Wallace, Billie Holiday and Raymond Carver. Some of these recovered from their respective addictions; some, much more famously, did not. Jamison’s aim, in this second component, is two fold. On the one hand, she seeks to work through the unthought, indeed clichéd association of darkness with creativity, the flip-side of which pictures sobriety as entirely and interminably dull—‘a state of plotless abstraction, a string of empty evenings, a life lit by the sallow fluorescence of church-basement bromides rather than the glow of dive-bar neon signs’. Darkness, and alcohol in particular, is seen as a means of accessing truths, and then of softening the blow that accompanies those truths; and, as a writer, Jamison’s alcoholism is invariably shaped in this myth, her sobriety simultaneously threatened by its vigour. But, just as there is nothing particularly special about recovery, we learn that there is nothing particularly special in addiction either. Neither is the phantasmic creative gain worth the abject losses that accompany it. As Jamison writes of Rhys, who famously never gave up drinking:

“Her life was. The work is. We can’t trade either back. There’s no objective metric for how much brilliance might be required to redeem a lifetime of damage—and no ratio that justifies the conversion. Whatever beauty comes from pain can’t usually be traded back for happiness.”

In looking to experiences other than her own, Jamison is again foregrounding the communal emphasis of this book – as a ‘chorus’ – differentiating it from an egocentric account of personal success. ‘I happen to be at the center of this story,’ she points out, ‘but anyone could be’. Addiction and recovery are stories that extend through time and place. They are both personal and impersonal, individual and collective.

Jamison’s personal reckoning with addiction leads her to recognise the impersonality of addiction more broadly. It is something that always exceeds the self, something very human, inseparable from seeking and from a sense of lack. Nonetheless, there is a specificity to addiction, because, as she rightly notes, ‘we don’t all seek in the same ways, and the seeking doesn’t always punish the seeker’. And, while Jamison acknowledges that her addiction is a comparatively privileged one – ‘contoured by desire more than loss,’ her body ‘something to be protected, rather than protected from’ – this does not stop her from seeking out the ways in which addiction can be a lens through which to consider stories, disparate from each other by manner of race, class or gender. This is not to deny difference altogether, or to deny the intersectionality that necessarily governs any discussion of it, but rather to roll back on the differentiating mechanism that makes Jamison’s addiction palatable, an object of sympathy and compassion, while others’ is something entirely criminal, entirely else. Of Marcia Powell (Prisoner 109416) – whose addiction and its criminalisation finally culminated in her death in 2009, baked to death in a cage in the sweltering Arizona desert – Jamison says:

“It’s easy to forget that Prisoner 109416 and I are part of the same story, because we have been granted the right to tell very different tales about our pain. According to the scripts of our culture, one of us is a victim, and the other a prisoner. But keeping our stories apart, understanding them as unrelated, would ratify the logic that let our fates diverge in the first place: the desert cage, the basement chorus. Our stories are both stories about coming to depend on a substance – to crave it, seek it, use it – and I no longer want to live by the traditions that keep them apart.”

There was a part of me that flinched on reading this section, a part of me affronted by Jamison’s presumption and the privilege that underscores it. It felt like a tokenistic nod to the question of race, a panicked and misguided attempt to complicate the book’s familiar narrative. Underlining it, I read it over and over before scrawling a large question mark at the top right of the page. But the more I think it over, the more I understand that Jamison’s words are fairly un-controversial. Rather than requiring further fragmentation, the problem with the language of addiction is that it needs more equivalence. In the United States at least, the question of punishment, or treatment, is one already hinged to intersectional markers of race, economic status and gender, constructing “good” and “bad” addicts. Critiquing this quixotic and brutal interpretation of addiction would mean to undo the disparity that allows one group to be cast as objects of sympathy and rehabilitation, while the other, barely human, is hounded by the State. In over-stepping and speaking for addicts like Marcia Powell, Jamison places herself among them, giving lie to the view that claims addiction has any more than one, very human, face.

The 12th Step of AA – ‘Having had a spiritual awakening as the result of these steps, we tried to carry this message to alcoholics and to practice these principles in all our affairs’ – requires that the alcoholic, having worked all of the preceding steps, goes out and spreads the good word. Generally, this simply means to lead by example and to help other addicts, and there is a bit of this in The Recovering. For the most nihilistic of readers, this may present a problem; for addicts, on the other hand, it might have some concrete effect. Another criticism, and one that I have already read, might be that the book is overly long. And, just to be clear, it is very long—a fact that only became apparent to me after I agreed to write about it. Still, to take issue with its length is to entirely miss the point of The Recovering. Its aim is precisely that disorientating, but also strangely soothing, sense of one, after another, after another, and yet another. Jamison describes recovery in similar terms: ‘You bring old traumas to the buffet line. You dump the old coffee grounds and listen to the story of a suicide attempt. It’s no diminishment of what was painful, and no romanticising it either, only an awareness of everything giving way to something else: this chicken and dumplings, this salad bar’. As in the AA meeting, the point is to lose yourself in this prose, in this chorus, and to become unstuck from the stability of a singular, readerly, ‘I’. The book needs to be long, needs to be excessive, because this ‘I’ clings on with grim resilience, yearning for novelty.

Rebecca O’ Dwyer is an art writer and critic, and editor of online artwriting platform, Response to A Request. She recently completed PhD studies at the National College of Art and Design, Dublin, writing on the conditions of contemporary art criticism.