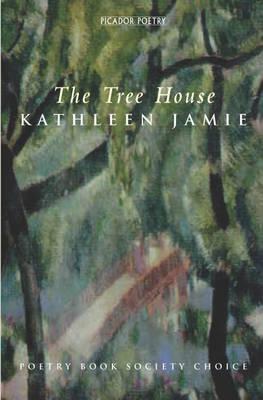 ‘The Wishing Tree’ that opens this fourth collection by the Scottish poet Kathleen Jamie embodies the state of nature explored throughout: the tree has been corrupted by coins hammered into its bark, representing human wishes or petitions, ‘the common currency / of longing’. ‘I draw into my slow wood I fleur-de-lys, the enthroned Britannia.’

The location of these poems, the world engaged with, like the wishing tree, is ‘neither in the wilderness / nor fairyland’, a statement of intent placing the tree and the poet in a down-to-earth, local position, ‘the tilt from one parish / into another’. The tree speaks directly to us of its condition, but ends on a wholly unexpected note:

And though I’m poisoned
choking on the small change

of human hope,
daily beaten into me

look: I am still alive
in fact, in bud.

‘The Whale-watcher’, midway through the book, also communicates something of the book’s overall preoccupation. It echoes ‘Lochan’, a lyric from Jamie’s last collection Jizzen, in which the speaker plans a solitary future post-motherhood and its responsibilities. The openings employ a similar strategy: the borrowed Ni Chuilleanain’ s ‘When all this is over’, in the earlier book, becomes the pleasingly iambic ‘And when at last the road / gives out, I’ll walk-‘, both ‘all this’ and ‘at last’ creating the assumption that the reader knows the story so far, or, if not, is capable of easily sketching it in. The speaker, in flight from something, plans to

…hole up the cold
summer in some battered
caravan, quartering
the brittle waves

till my eyes evaporate
and I’m willing again
to deal myself in:

What has driven the speaker to flee into isolation, to deal herself out, the caravan a modern-day hermit’s cave, we infer, is something witnessed, something so terrible as to make her wish the eyes’ evaporation:

breach, breathe, and dive
far out in the glare, like
stitches sewn in a rent
almost beyond repair.

Anyone who has watched whales, from land or boat, can appreciate the precision of Jamie’s image of their surfacing as ‘stitches sewn’; their movement is neatly captured. It is the punctuation, perhaps, that solves the puzzle here: the colon before ‘having watched them’ denotes a possible shift in time, in tense. We realise that what is being described may actually have been ‘watched’ before the flight and the arrival at the coast, before the caravan refuge, before, in fact, the whale-watching.

The use of ‘watched’ is important for its passivity, attributed always to television consumption where the modern individual is a constant passive witness to the world’s horrors. Through its lens we bear witness to bloodshed, hunger and disaster; and in its glare, individuals all over the world ‘watched’ the trapped workers of the twin towers in New York emerge and dive to their deaths, one of the defining images of our time. But what do we do with these internalised images? One can relate to wishing their evaporation.

Is the suggestion that the events of September 11 th and our disconnection from nature, our ravaging of the earth’s resources, are inextricably connected? The ‘almost’ of the last line, like the wishing tree in bud, seems optimistic, or at least a refusal to despair.

The earth/water frontier reappears in the final poem, with the solitary dipper of the title embodying an elusive darting between worlds, a possible harmony:

It isn’t mine to give
I can’t coax this bird to my hand
that knows the depth of the river
yet sings of it on land.

The refined lyricism of this collection, that had come some way in Jizzen, is the primary development in Jamie’s poetry. One has only to revisit The Queen of Sheba, a vibrant but less formally achieved collection, to appreciate how far the poet has come, stylistically, to the honed precision of these recent books. The Tree House is comprised mainly of brief lyrics but, as with ‘The Whale-watcher’, and to risk a reviewer’s cliche, it amply repays re-reading. It is a book to be engaged with, and argued with, as well as admired and enjoyed.

The deep green philosophy that Jamie appears to be moving towards in her personal journey is not without its contradictions, and can be seen by some as the privilege of the leisured classes. She has been influenced, like her contemporary John Burnside, by Jonathan Bate’s The Song of the Earth, which advocates a role for poetry in ‘restoring us to the earth’. In a recent prose piece, Jamie quotes the eco-theologian Thomas Berry’s view that the world is ‘devolving responsibility for its own furtherance onto human shoulders’, ‘confiding its destiny to human decision’. Whether or not the poet believes that we are capable of destroying nature (recent events in East Asia having brutally reminded us of our vulnerability), a decision to live as though it is true, to try to ‘do no harm’, seems a useful stance in these angst-ridden times.

Jizzen‘s exploration of our human interactions, particularly of motherhood and family, is a thread picked up again here, most memorably in the title poem. The speaker has retreated from the family domain to sleep in a tree house ‘beside me neither man nor child’, which leads to a meditation on the unlived, urban single life, the greener grass most mothers occasionally dream of; but the poem turns abruptly, like the taxi hailed, to drive back to ‘our smalltown Ithacas’, the ‘kids’ bikes / stranded on the grass’, calling to mind Homer’s ghost in Patrick Kavanagh’s famous ‘Epic’, ‘I made the Iliad from such a local row’.

These tensions, that Jamie has described as being ‘ever in relationship but requiring the privileged space of our own reverie’, constitute her most original territory, informing some of her best poems like the wonderful ‘Tay Moses’ and ‘The Bogeywife’ in Jizzen. Here, in ‘The Buddleia’ the speaker asks:

is this my lot? Always
brought back to the same
grove of statues in ill-
fitting clothes: my suddenly
elderly parents, their broken-down
Hoover; or my quarrelling kids?

How to live is the major preoccupation of The Tree House; or, more precisely, how to coexist respectfully with the earth, other people and other creatures. The poems contain a number of variations on the question: ‘Won’t you teach me / / a way to live / on this damp ambiguous earth?’ (‘Alder’); ‘can we allow ourselves to fail’ (‘Landfall’) ‘how should we live?’ (‘The Puddle’).

The collection, while tackling serious themes, is not without humour. ‘The Cupboard’, featuring a monstrous piece of furniture,

…that takes up
more room than the rest of us
put together, like a dour
homesick whale, or mute sarcophagus –

is a witty play on the blessed curse of the poet’s vocation:

why is it at my place?
And how did it sidle
through the racked,
too-narrow door, to hunker
below these sagging rafters,
no doubt for evermore?

I recommend this book for many reasons, but mainly for the startling lucidity of its images in a climate where laziness of expression has become all too common: a frog with ‘oval, gold-lined eyes / held to some bog-dull imperative’; jelly fish ‘mauve-fringed, luminous bowls / like lost internal organs, / pulsing and slow’; the peculiar movement of the basking shark ‘tail fin measuring back, forth, like a haunted door’; curlews at water that ‘insert like thermometers / their elegant bills’; water lilies ‘almost heart shapes, / almost upturned hands’.

Kathleen Jamie has called The Tree House her mid-life collection. Her readers have every reason to look forward to the second half.

Colette Bryce is a poet and editor, originally from Derry. Her collections include The Whole & Rain-domed Universe (2014), winner of a Christopher Ewart-Biggs Award, and Selected Poems, to be published by Picador in Spring 2017.