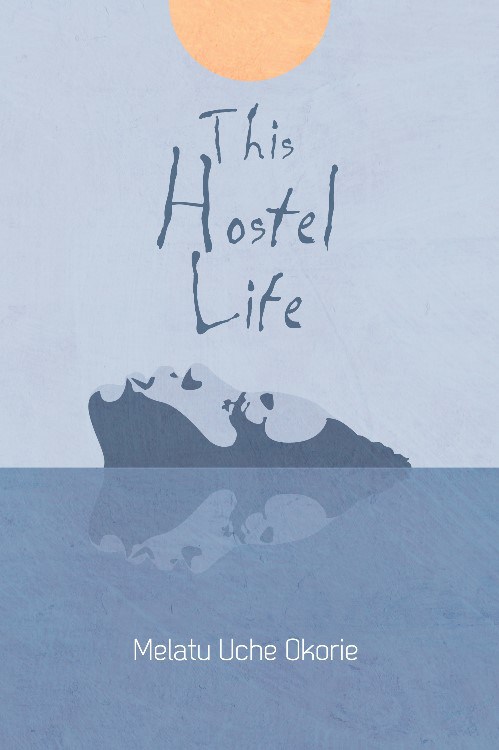 Direct provision is most often talked about in numerical terms: the paltry two digit allowance; the meagre size of the rooms; the months, and more often years, of waiting; the number of children growing up in detention. Since the establishment of the system in 2000, the people and families trapped within it have rarely been listened to, or even given a voice, and it’s become normal to talk about asylum seekers in a detached way, focusing on the environment, rather than the people themselves. Here, in This Hostel Life, direct provision is talked about in terms of the people inside the system and their lives. Instead of asylum seekers in direction provision being talked about, for, or on behalf of, Melatu Uche Okorie presents us with an opportunity to swap silences, to sit down and listen instead.

Okorie spent eight and a half years in direct provision. This temporary accommodation is supposed to last for six months. It was while in her hostel that Okorie started to write, to frame her experiences in short stories. The result is This Hostel Life, a brief book made up of three stories and two essays. In this limited space, Okorie has written one of the most pertinent books of modern Ireland. Irish society has still not reckoned with how it has treated its most vulnerable in the past; the legacy of church child abuse, mother and baby homes, symphysiotomy, the persecution of the Traveller community, the neglect of the elderly, the homeless, the working classes – the majority of this continues to be ignored. When it reappears, we hold it at arm’s length, phrasing it in facts and figures, instead of people, lives and voices. This Hostel Life makes clear the radical power of letting the subject control the narrative.

The book opens with a note from the Okorie, writing about the conditions in the hostel she was staying in at the time. She likens direct provision to being in an abusive relationship, saying, “abuse in itself is homogenous, no matter what race, class, or in this case, the hostel of the abused.” This idea nests itself in each story in the book.

The title story concerns a group of Nigerian and Congolese women in a hostel waiting to collect their allotted provisions, gathered in a communal area until it is their turn, until one of the hatches becomes available. Okorie presents the situation matter-of-factly, pointedly describing the feeling of being in an endless limbo. It becomes obvious how the basic certainties of life are manipulated, and how this affects people. We see the women’s time being toyed with and wasted by the staff, the entire group eventually being denied their provisions because of the misbehaviour of one.

“But why waste person time for here?”, Beverlée, the central character asks.

In this liminal space, this eclipse between two lives, time becomes everything; only when the waiting period ends and papers are approved can life really start for asylum seekers, yet in the meantime, their days are controlled by an uncaring, dehumanising system.

Okorie shows how an enforced dependency develops between asylum seekers and the system. Direct provision strips migrants of everything and reequips them with just enough to survive – at the expense of complete reliance on a toxic, controlling system. Along with toilet paper and set meal times, asylum seekers receive a weekly allowance of €21.60. The minimum salary for an asylum seeker eligible to work is €30,000. If you deprive somebody of the only way to operate within a capitalist society, you push them right to the bottom of the pecking order. We cannot see direct provision as anything other than the monetisation of human suffering and control; it is essential to talk about how direct provision is multi-million euro industry in Ireland that has survived boom and bust alike.

The second story, ‘Under The Awning’, is a slight departure in that it takes places after the character has left direct provision. Okorie’s writing changes here and becomes more exterior, the focus on dialogue we saw in the hostel shifts to a focus on people, weather and the world around the character simply referred to as “the girl”.

…the weather was as unsettled as her disposition, as if it was ruminating on whether to rain or not.

The girl sits nervously in a writing workshop as she reads her work aloud to the group. Her writing deals with another unnamed young woman experiencing torrents of casual racism. This story-within-a-story unspools tensely as the girl reads to the group, all of whom lack names and are referred to by letters of the alphabet. They also all agree that the writing needs to be toned down; that, simply put, the first hand experiences of racism that inspired this story are too negative.

B tucked her hair behind her ear before speaking. ‘I think the story should have a bit of light and shade to it, so that it’s not all bleak and negative.


C – ‘I’m not sure what it is, but there is something about writing in the second person that prevents me from caring about the character. I always know I’m reading a work of fiction.

There is breathing space in Okorie’s writing here which was not as possible in the first story. We see more of the character, more of them as a person in relation to the world around them. At the same time, we see the limits of their environment, and the way that spaces are organised to keep this young woman in place. The regulation of the direct provision centre is the most obvious, but there is a more insidious sense of control in how social relations operate to keep the woman down. This social relation, a racism, is dispersed to the population at large, as they become instruments of the state’s exclusionary policies.

The girl reads aloud to her workshop class: “You could tell him things you could not bring yourself to tell your mother, how you hurried with your shopping because the security men followed you around the shops blatantly and about the man who got the same bus with you from school, and how he would wave and smile, and you would wave and smile back, until the day he told you he would give you €100 if you slept with him.”

As the girl’s writing about racism is dismissed, so too are her real life experiences.

Okorie details endless passages of racism and prejudice that the character has to deal with, and positions this alongside a critique of the way in which Irish society accommodates migrants. The effort is put into integrating migrants rather than challenging the racism and bigotry of Irish society, which seems to be so ingrained people have given up on tackling it.

You felt uncomfortable not standing at the bus stop on the edge of the pavement because you knew that back home, life would not stop over ‘this small rain’.

Dermot, the character in the girl’s story, becomes an embodiment of the short-sighted approach to migrants and racism. He tells her enthusiastically about his dream: to run anti-racism talks and integration football. She tells him about the children down the street, five or six years old, who persistently shout “Blackie” at her when she passes by. He tells her not to bother about them. She tells him about the girls in her college who tell each other to watch their purses while she is around. He tells her they don’t mean anything by it. We can imagine Dermot going to India for two weeks as a transition year student, posing with students to desperately show how he is helping, a sort of neo-imperialism where the result is social capital and Instagram photos; a manifestation of the white saviour complex where we must be the solution to the problems we made rather than deferring to those impacted.

The twin dominations of problem and ‘solution’ are the underpinnings of Okorie’s writing, with the typically well-meaning silencing just as effectively as the authoritarian. In Pedagogy in Process, Paulo Freire wrote about aiding the government of Guinea-Bissau to reconstruct their education system after independence. “Authentic help means that all who are involved help each other mutually, growing together in the common effort to understand the reality which they seek to transform,” he writes “Only through such praxis — in which those who help and those who are being helped help each other simultaneously — can the act of helping become free from the distortion in which the helper dominates the helped.”

The final story, ‘The Egg Broke’, counts down through a woman’s pregnancy in a small Nigerian village and looks at superstition in practice. When she finds out she is expecting twins, a mother is told that her children will be taken away once they are delivered, to prevent bad luck settling on the family. Each page feels more suspended and pressurised than the last, the screw turning until it is too late for the mother to track down her newborns.

‘We need to talk,’ she said, taking my hands in hers. ‘Nwunye anyi, I think the time has come for us to prepare ourselves.’
My body stiffened in rejection. There was no light in the room, so Nnebu must have felt my withdrawal for she quickly placed her hand on top of my hand which was on my stomach and held it.
‘As soon as the twins are delivered, Akuiwu, the Chief Priest will come to take them away. A lot of rituals and cleansing will need to be performed. The gods need to be appeased.

The three lives of Nigerian women we see in This Hostel Life are varied; separated by time, by distance, by autonomy, but they unite to give a picture of women whose voices are not listened to, whose lived experiences are dismissed.

Liam Thornton, assistant professor in law in UCD, concludes the book with a selection of writings on Ireland, migration, asylum, protection and direct provision. “Irish society’s ability to condemn, institutionalise, and castigate persons due to differences is ever present in 2018,” he writes.

This slim book is so important because it deals with issues in Irish society straight on, from the point of view of a person of colour. The voices we’ve minimised are giving us an education in how our environment is difficult, hateful and exclusionary. First hand experiences are ignored in the story, and the story within a story – even in fiction the reality of life for a black woman in Ireland is diminished. With this book, we cannot do that. Now we must listen.

Emma Flynn's fiction, non-fiction and reviews have appeared in Banshee, Vox, The Cardiff Review, The Stinging Fly, The Irish Times and others. She was awarded second place in the 2020 Colm Toibín Short Story Award, longlisted for the 2019 Berlin International Short Story Award and shortlisted for the 2018 New Irish Writing in Germany Award. She is currently writing her first novel.

The Twinkle in Edna’s Eye

Because of that morning in 1983